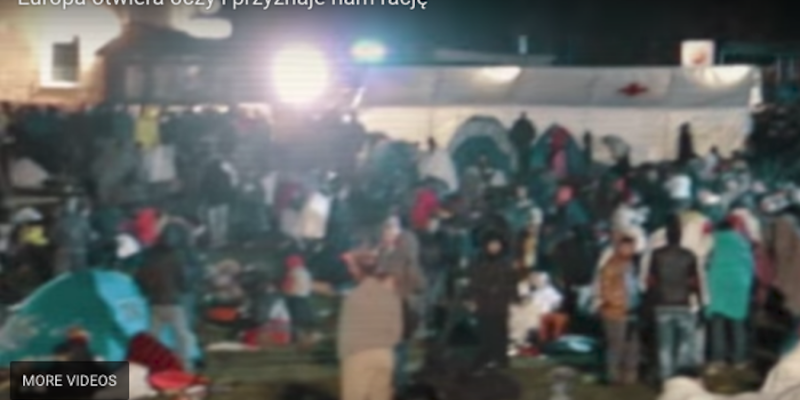 Keeping in line with the censorship polices of Facebook and Google, YouTube censored a video posted by the Polish government that exposes the European Union’s (EU) manufactured “refugee crisis,” which has brought in millions of male migrants from Islamic majority countries and created a massive soci0-economic and criminal crisis.

Poland’s Ministry of Internal Affairs and Administration posted the video, “Europe opens its eyes and admits us right.”

The footage accompanied with headlines captures real life examples of how the EU’s open borders policy has increasingly endangered European civilization. It explains how the Law and Justice (PiS) Party of Poland has fought against the despot powers in Brussels to protect the Polish people. The Interior Minister, Mariusz Błaszczak, explains in the video:

This problem is connected with what the west of Europe is struggling with – decades of a policy of multiculturalism and political correctness. Our government chooses a responsible way to fight the problem of illegal immigration.

The PiS government withdrew from the harmful decision of the PO-PSL government to bring immigrants from the Middle East and North Africa to Poland. We were the first to say that not every immigrant is a refugee, and only a few flee from war and terror. Two years after the Polish government’s opposition to the admission of illegal immigrants, EU leaders are beginning to understand the absurd policy of compulsory relocation of refugees.

However, Poland’s commitment to national security was flagged as “age inappropriate” by YouTube, which deactivated the comments section, sharing and embedding options, view count, and user rating.

Some borderline videos, such as those containing inflammatory religious or supremacist content without a direct call to violence or a primary purpose of inciting hatred, may not cross these lines for removal. Following user reports, if our review teams determine that a video is borderline under our policies, it may have some features disabled.”

The video is embedded here and can also be watched below.