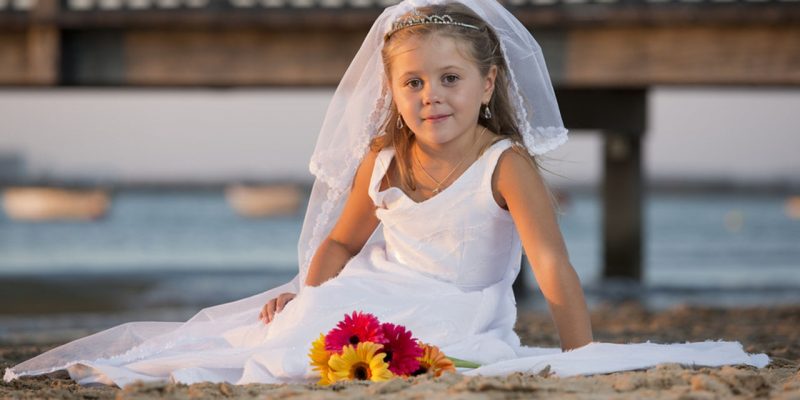 Kentucky has the third highest child marriage rate in the country. As such, its legislature has addressed child marriage laws. And, its most recent bill, although perhaps having good intentions, failed to pass because of language that eliminates parental consent.

The “child bride” bill, Senate Bill 48, would make the legal age for marriage in Kentucky 18-years-old. The bill was pulled off of the agenda hours before the Senate Judiciary Committee was supposed to vote on it– for the second time in two weeks.

Sen. Julie Raque Adams, who sponsored the bill, argued that the conservative Family Foundation of Kentucky, was the primary opponent and reason the bill failed. However, this is not entirely true.

The law addresses complications related to sex and marriage:

Currently, teens under 18 in Kentucky can marry at age 16 or 17 with a parent’s permission. Teens under 16 can marry with a  judge’s permission in case of a pregnancy, though critics say if a girl under 16 is pregnant, it is evidence of a sex crime because she would have been too young to consent to a sexual relationship.

The bill would establish 18 as the legal age for marriage. Those who are 17 could marry with permission of a district judge, if the age difference between the 17-year-old and the other party is fewer than four years.

Asked Thursday morning who was lobbying against her bill, Adams told Insider Louisville that it was the Family Foundation of Kentucky — one of the more prominent groups in Frankfort advocating for socially conservative causes — who argued that it “diminishes parental rights.”

Adams added that she and other legislators are now working on a compromise bill that she hopes will satisfy the concerns of opponents, but added that the problem is that “many times the parents are the problem,” as abusive ones sometimes send their own kids “into the arms of a predator.”

Which is exactly what was revealed during a committee hearing. Donna Pollard of Louisville testified that when she was 16-years-old her mother pressured her to marry an older man who had been molesting her for two years. After they married her husband was violent and abusive.

Eileen Recktenwald of the Kentucky Association of Sexual Assault Programs refers to the current law as “legalized rape of children.”

The Family Foundation of Kentucky argues that the bill strips parental rights. If 17-year-olds want to marry, the bill removes parental consent and requires the teenager to petition the court to be emancipated.

The 17-year-old would need to prove maturity, stable housing, and a high school diploma or GED. The judge would determine the maturity of the minor and whether or not marriage could be a disadvantage. If the judge grants a 17-year-old’s petition, the minor would be emancipated:

The granting of a petition for permission to marry filed under subsection (3) of this section shall have the effect of granting a petition to remove the disabilities of minority. A minor emancipated by the petition shall be considered to have all the rights and responsibilities of an adult, except for specific constitutional or statutory age requirements, including but not limited to voting, the use of alcoholic beverages, and other health and safety regulations relevant to him or her because of his or her age.

An emancipated minor is legally an adult and can marry as an adult. Under current law, a 17-year-old must have to have parental consent to marry.

Martin Cothran, a Family Foundation of Kentucky spokesperson, explained that the bill “takes away parental rights, in terms of parental consent, and gives it to the court. So we have a big concern about that.” He added,

The approach of this bill is the opposite of what we would advocate. It takes away parental rights at the very beginning, and then includes them in a sort of incidental way at the end of the process. We pushed for changes in the language to allow for parental rights at the beginning and take them away where they need to be taken away.

The Family Foundation does not oppose lowering the minimum age of marriage; it opposes the process. Cothran suggested that the bill should “allow for parental rights at the beginning” and then “take them away where they need to be taken away.”

The Family Foundation argues that its position has been mischaracterized by mainstream media. It responded on Twitter:

“@KentuckyFamily does NOT oppose min. marriage age, AND, is FOR parental rights — these are NOT mutually exclusive. Contrary statements by others of our position are grievously misinformed or intentionally distorted,” the Friday tweet said.

In a text message to the New Era, [Sen. Whitney Westerfield], chair of the Judiciary Committee, said both The Family Foundation and proponents of the bill support establishing a minimum age for marriage; however, the delay  came while the committee sought to find a compromise that accomplished the goal of establishing a minimum age while protecting the role of the parent.

“There is NO GROUP, including The Family Foundation, asking to protect the ability to marry 13-year-olds,” Westerfield’s text message said.

He tweeted Sunday that he believes he’s found a compromise that would give parents a voice, but “still require the court to make the final call to protect from an abusive parent.”

A Tuesday morning committee meeting to discuss the bill was scheduled and he plans to call for a vote this week.

“The bill was never not going to be heard,” he said in a text message.

Initial reporting about the bill (that the Family Foundation supported allowing 13-year-olds to marry and was responsible for the bill not passing) was false.

Either way, regardless of parental consent or permission from a judge, legislation the state legislators pass should ban all marriages under age 18.