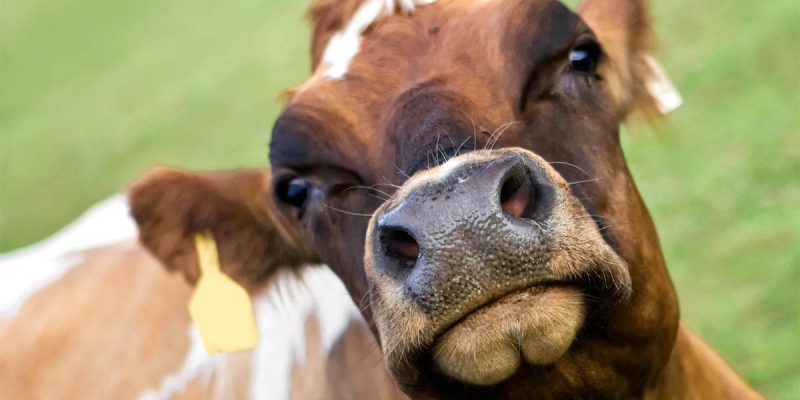 …or at least that’s what we’re apparently supposed to believe given the journalistic malpractice of how the vote on SB 236 was reported.

As we noted earlier this week, though, it’s not quite so simple as “these backwoods rednecks like getting it on with farm animals.” There are some problems with the bill, authored by Sen. J.P. Morrell. Politically his bill is a terrific little bear-trap; anybody who doesn’t support it looks like a barbarian. As a matter of law-making it’s less ironclad because it changes a law that already bans bestiality. That law is also the state’s anti-sodomy statute, which in 2003 was overturned as unconstitutional, but there is a major disagreement over whether that decision made bestiality illegal in the first place.

Actually, there isn’t. Here’s what the Louisiana State Law Institute has to say on the matter…

“Prior version held unconstitutional by Louisiana Electorate of Gays and Lesbians, Inc. (LEGAL) v. Connick, 902 So. 2d 1090, 1094, 1096 (La. App. 5 Cir. 2005): “The court found La. R.S. 14:89(A)(1) unconstitutional in part in light of Lawrence v. Texas [539 U.S. 558 (2003)]. . . . The Court declares the following language in Louisiana Revised Statutes 14:89(A)(1) to be unconstitutional and therefore null and void: ‘with another of the same sex or opposite sex or’, ‘, except that anal sexual intercourse between two human beings shall not be deemed as a crime against nature when done under any of the circumstances described in R.S. 14:41, 14:42, 14:42.1 or 14:43’ and ‘; and when committed by a human being with another, the use of the genital organ of one of the offenders of whatever sex is sufficient to constitute the crime.’ The Court upholds and affirms the constitutional portions of Louisiana Revised Statutes 14:89(A)(1), which read: Crime against nature is: The unnatural carnal copulation by a human being with an animal. Emission is not necessary. . . .We find no error in the trial court’s ruling on this point.”

Interesting is that LEGAL had won its case on the unconstitutionality of the statute as it relates to consenting humans. They went to the Appeals Court to specifically strike the animal part as well, rendering the whole statute unconstitutional, which is what JP Morrell is deceptively saying. The court rejected their argument.

The bill also has drafting issues, the series of acts separated by commas in the section defining sexual contact gives way to a vagueness challenge – so say attorneys more familiar with criminal law and bill drafting than me. Morrell apparently slapped model language into the bill without making sure all the technical details were covered.

If the new language runs into a challenge by a defendant and is enjoined or struck down, then we have no bestiality prohibition at all because they removed it from the tried-and-tested statute that District Attorneys can use for this deviant behavior.

Our initial reaction was that what Morrell was doing was sticking it to the social conservatives who don’t want to affirmatively make a vote to legalize sodomy – that vote wouldn’t change anything from the standpoint of real-life results, because nobody is going to get prosecuted for sodomy in Louisiana any time soon – by making their opposition to doing so also a vote in favor of bestiality. We were right about that, despite Morrell’s denial this was the case – he’s full of the stuff you’d expect to find in a barnyard. But Morrell ran the bill – which includes provisions about sex trafficking of animals (errr, OK) and a few other items – anyway despite knowing that it was fraught with technical problems which could very well have the effect of actually making bestiality legal.

Because current jurisprudence says that regardless of the constitutional infirmities of the existing statute’s prohibitions against sodomy, its prohibitions against bestiality still hold. Bestiality is still illegal in Louisiana, and the courts have upheld the constitutionality of that illegality. By replacing that statute, which still works, with a dysfunctional bill whose only asset is its implicit affirmation that sodomy is legal in Louisiana, it could be just a matter of time before some degenerate somewhere hires a lawyer after being caught doing something unspeakable to the livestock, defends himself in court on the basis of the new law’s unconstitutionality, and ends up taking down the animal kingdom’s legal protections against molestation altogether.

It would be stupid to accuse Morrell of attempting to engineer such a result. Despite his protestations to the contrary he was trying to score points politically and didn’t care about the potential problems he’s causing. But given the standard of reporting and commentary on this issue we’ve seen, we probably could get away with saying he’s a Sneaky Animal Sex Fan – that’s no less sophisticated and no more sophomoric than the attacks Mizell and Riser et al have endured this week.

We’ve said at times that there’s a reason Louisiana ranks so low in all of the public policy metric ratings – “because we deserve it.” This is a case of that, both from the standpoint of the jakeleg Twitter pundits cracking wise in the public bathrooms of the internet and, more importantly, the supposed journalistic professionals who empowered them.