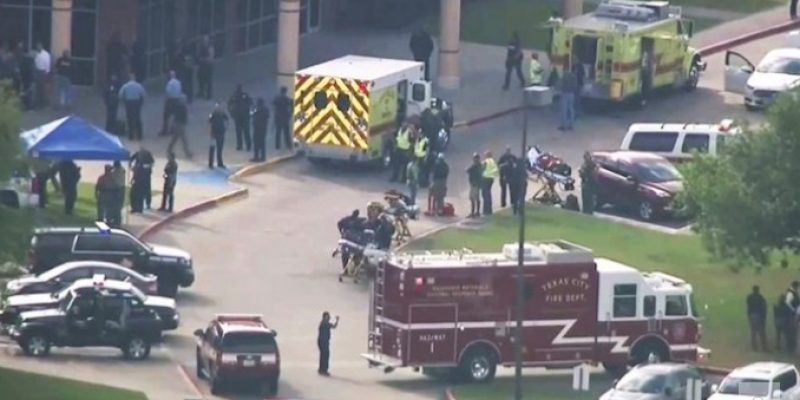 The Associated Press reports that 8 to 10 people, mostly students, were killed after a Santa Fe Independent School District high school senior allegedly opened fire, according to a statement made by Harris County Sheriff Ed Gonzalez. Two people are in custody.

A law enforcement official, speaking on anonymity to the Associated Press identified the alleged shooter who is in custody as 17-year-old Dimitrios Pagourtzis.

Pagourtzis plays on the Santa Fe High School junior varsity football team, and is a member of a dance squad with a local Greek Orthodox church.

According toWalter Braun, the police chief at a Houston-area school district, a police officer was shot and wounded. One person is in critical condition and undergoing surgery after being shot in the upper arm. Two other victims are being treated for gunshot wounds to their legs.

Governor Greg Abbott rushed to the scene; President Donald Trump offered his condolences to Abbott, pledging to work with him to provide all appropriate federal assistance.

Authorities have not released any information about the weapon/s used. They did state that possible explosive devices were found at and adjacent to the high school.