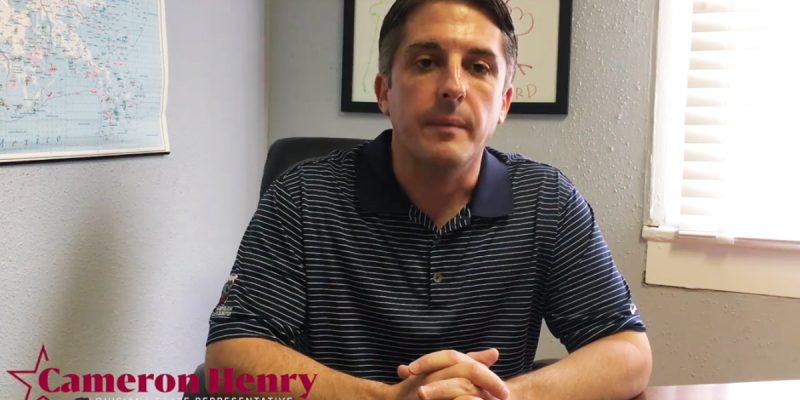 This is the latest of the Facebook videos Louisiana House Appropriations Committee chair Cameron Henry has put forward, and today’s installment offers a little extra helping of his usual irritation with the demagoguery of the state’s Democrat governor John Bel Edwards.

Henry chides Edwards for having vetoed the budget agreed to by the state legislature last week, and notes something we’ve mentioned here at The Hayride – namely, that starting the budget process all over again and producing a document for the governor’s signature through two houses of the legislature in 14 days – maybe 10 of which can be expected to be working days – is unreasonably difficult if not downright impossible, particularly when the budget has to wait on the Revenue Estimating Conference to recognize any revenue from tax increases before those funds can be accounted for in a budget document.

And after Henry did his work on the budget, and then essentially threw that work overboard so the House could concur with the Senate’s version in the hope that Edwards would sign the budget and then agree to adjustments in the special session he called, it’s understandable that he would be irritated by that veto.

There’s a little more going on here, though, which is the irritation with that “Our Louisiana” address Edwards is planning to give in Lafayette Tuesday. Henry spends a bit of time throwing shade on Edwards’ choice of addressing the legislature’s opening of the special session from across the Atchafalaya, and that’s something he’s not alone in. We received multiple phone calls over the weekend from members of the legislature incensed about the governor’s veto and planned Lafayette speech, and in particular there was a great deal of irritation that Lt. Governor Billy Nungesser would allow himself to be included in that show.

So much so that some of the legislators are attempting to recruit a candidate to run against Nungesser, who styles himself a conservative Republican but hasn’t convinced anybody he is one of late; there was his vote to back a couple of Wall Street banks discriminating against gun sellers against a State Bond Commission move to disqualify them from Louisiana finance work, there was the decision to hire former House Democrat delegation chairman Gene Reynolds to run the state parks recently, as though there is some deficit of Democrats working in state government, and then there was the decision to accompany Edwards on his Lafayette road show and lend a bipartisan affect to the governor’s demand for tax increases.

Henry doesn’t discuss Nungesser, but his irritation for the Lafayette dog-and-pony act is unmistakable. This is going to be one fascinating special session.

Interested in more news from Louisiana? We've got you covered! See More Louisiana News
Previous Article And Now For The Poor People’s Campaign Protest In Baton Rouge
Next Article Austin Man Gets 13 1/2 Years After Shooting A Cop He Thought Was Breaking Into His House