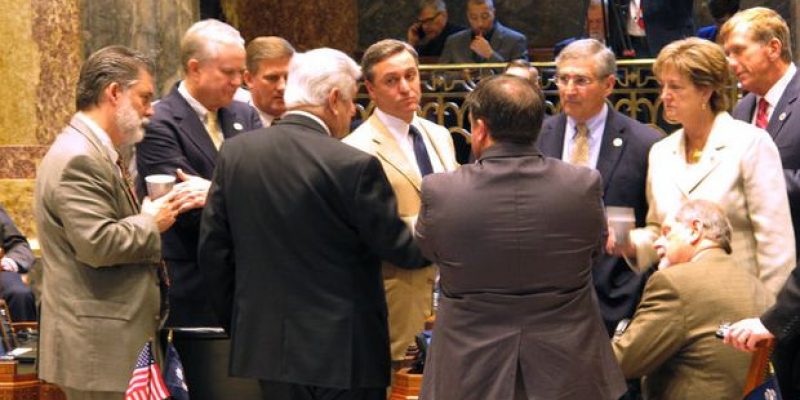 Several Louisiana state agencies, the Legislature, and the Supreme Court were holding tens of millions of dollars in reserves while lawmakers and Gov. John Bel Edwards squabbled over raising taxes to pass a budget that required three unprecedented special sessions within the course of a few months.

The Legislative Budgetary Control Council, which covers shared House and Senate expenses, reported that it held more than $40 million in an “unassigned fund balance” according to its own financial report, with $42 million in the bank.

Also mentioned in the report is a $58 million surplus for the state Supreme Court. In budget hearings earlier this year, Supreme Court justices publicly warned that without increased funding, drug courts could close and citizens could see scaled-back services.

In her annual State of the Judiciary address, Chief Justice Bernette Johnson asked lawmakers for an additional $7 million for the judiciary budget. She argued that $180 million “was necessary to fund not only an independent judiciary, but also an effective one.”

The budget the Legislature passed allocated $173 million to the judiciary, an increase of $2 million, which represents roughly 1 percent of the state’s total budget.

During the budget standoff, Louisianans were threatened with claims that LSU football would be shut down, hospitals would close, district attorneys would have little to no budgets, care for the disabled would end, nursing home residents would be evicted, and 10,000 felons would be released from prison, if tax hikes were not approved.

“Why didn’t the Finance and Appropriations Committees know about this?” Appel asked. Because, he answered, “it would have been too inconvenient to explain how they could have so much socked away even while telling legislators, those who are charged with financial management, that the entire system of justice will collapse if they didn’t increase funding.

“Is this entire government so dysfunctional that hiding significant facts is just accepted as a standard operating procedure? Is political hyperbole the language that we are willing to accept?”

Daniel Erspamer, CEO of the free market Pelican Institute, told Watchdog.org: “At every turn, our state agencies seem to find pockets of ‘leftover’ taxpayer money that haven’t been spent. Shockingly, few of these came up in the debate over whether or not to raise taxes. Working families and taxpayers won’t soon forget the threats of kicking senior citizens out of nursing homes or drastic cuts to higher education that were used to bully legislators into raising taxes, all the while there’s unspent dollars sitting in taxpayer-funded bank accounts.”

According to the (Baton Rouge) Advocate, Senate Finance Committee Chairman Eric LaFleur, Democrat-Ville Platte, said he was aware of the surplus but many other lawmakers “probably don’t know how much money they have, quite frankly.”

Richard Carbo from the governor’s Press Office told Watchdog.org that the financial information in question “was available during budget hearings, per the comments of the Senate Finance Chairman.” The same is true for the surplus that the Legislature failed to address, Carbo adds.

After the second special session collapsed, Edwards said the Legislature’s actions represented “the height of irresponsibility.” He said, “Isn’t that something? The Legislature’s budget is fully funded right now. But the budget for the state agencies that actually serve the people of our great state, including our children and our most at risk people, catastrophically underfunded.”

Despite the information made available by these audit reports, the State Treasury Office says that it’s difficult to determine exactly how much money legislative agencies have in reserve at any given time. Unlike most state agencies, the House, Senate and legislative offices don’t keep their funds in a state treasury account.

Erspamer told Watchdog.org that this isn’t the first or the last the public will hear about the matter.

“No doubt, over the coming months, even more surprises will be unearthed,” he said. “It’s examples like these that erode trust in government and make the case for the full build-out of Louisiana Checkbook and other transparency tools so critically important to turning the state around.”