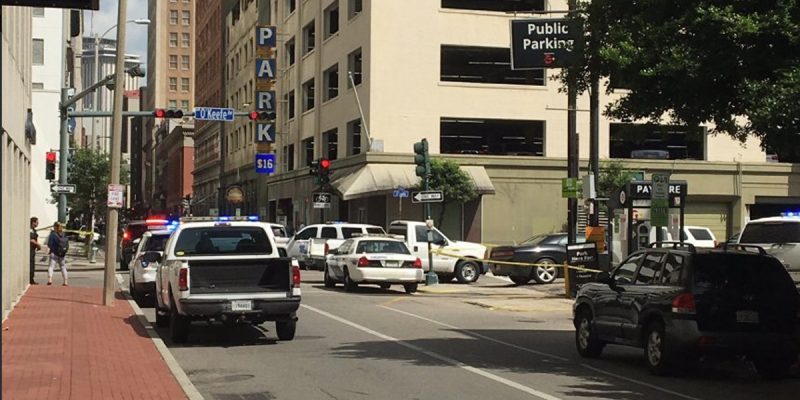 Before Aug. 14, there had been 101 murders in New Orleans so far this year.  That was before a man was shot in the head in the Central Business District yesterday afternoon, dying later at a nearby trauma center.  There were 157 murders in all of 2017.  The city is on pace to top 170 this year.

After two gunmen fired indiscriminately into a crowd on S. Carrollton Avenue at the end of July, killing three people – including their intended target – and injuring seven others, Mayor LaToya Cantrell issued a well-crafted and well-meaning statement.

“There is no place in New Orleans for this kind of violence,” she said.

“I speak for everyone in our City when I say we are disgusted, we are infuriated, and we have had more than enough.”

It’s quite clear that NOT everyone in New Orleans is infuriated, nor have they had enough.

The Aug. 14 murder in the CBD, in broad daylight, happened  one block from the weekend apartment I had for nearly a decade – and vacated last month.  When I got that place in late 2009, the city felt much safer.  It was never crime-free; no city is.  But it was better.  I felt safe walking after dark, only two blocks to the French Quarter and two blocks from the St. Charles Avenue streetcar.  I certainly felt safe in the daytime.

As former Mayor Mitch Landrieu’s hiring freeze on the New Orleans Police Department began to have its inevitable and easily predictable deleterious effects, things got worse, and worse, and still worse.  When the City Council – including then Councilwoman LaToya Cantrell – decided the District Attorney was “prosecuting too many cases” and cut his budget drastically, things got worse still.  When the overly-politicized judiciary got more and more liberal in sentencing and, more to the point, in releasing violent criminals on low or zero bond, the downward spiral was sealed.

Meanwhile, Nero fiddled.  Emboldened by easy reelection in 2014 and what many thought was a sure bet for a Hillary Clinton POTUS win – and the return of a Landrieu to a Cabinet post – the last mayor focused his attention on things that got headlines or looked pretty but made no positive difference.

“NOLA for Life” midnight basketball games.  The Streetcar to Nowhere along N. Rampart Street.  Bike lanes.  $3,000 apiece solar-powered trash cans.  And, well, we all know what else.

I love New Orleans.  I moved there 30 years ago this month to attend Tulane.  Seven years later, I relocated to the Northshore – where schools and police are funded, elected officials are voted out of office when they seriously err, and where the community truly HAS had enough.

St. Tammany Parish isn’t Shangri-La.  I don’t pretend it is.  But when a violent or otherwise major crime happens, the police can barely keep up with the tips that pour in – and rewards aren’t required.  People WANT a safe place to live and work, and they’re willing to stand up for it.

In New Orleans?  Crickets.  Instead of helping the good guys ferret-out the evildoers, families and neighborhoods circle their wagons.  Pastors drop well-placed calls on politicians they claim they helped elect.  Politicians cut essential services – like police, for instance – and grandstand as if their lives (real lives, not political futures) depended on it.

The problem with crime in New Orleans isn’t about racial discrimination or economic disparity.  It may have been a few decades ago, but not anymore.  It’s about institutionalized poverty, failing education, rampant drug addiction and federal, state and local policies that perpetuate a cycle.  It’s a cycle that’s only getting deeper and stronger.

Will Cantrell be another Nero, fiddling while her city burns?  It’s too early in her nascent administration to say.  But if she really thinks that violence has “no place” in her city, she’s hopelessly delusional.  If she really believes the people of the city have, themselves, “had enough,” she’s not paying attention, and hasn’t been for years.

Until there is a real shift in attitudes and an understanding that violent criminals endanger communities, even if they are your neighbor’s nephews; that sitting in church on Sunday does not give you or your offspring carte blanche, nor your pastor a Get My Congregant Out of Jail Free card; until the word “community” starts being applied in ways that reflect more than zip code or skin color or orientation, New Orleans isn’t going to get better.  A real leader needs to stand up and say so.

LaToya Cantrell has the political capital to do it.  Will she?  I’ll go ahead and exhale now – and get back to unpacking the things I moved out of that CBD apartment.