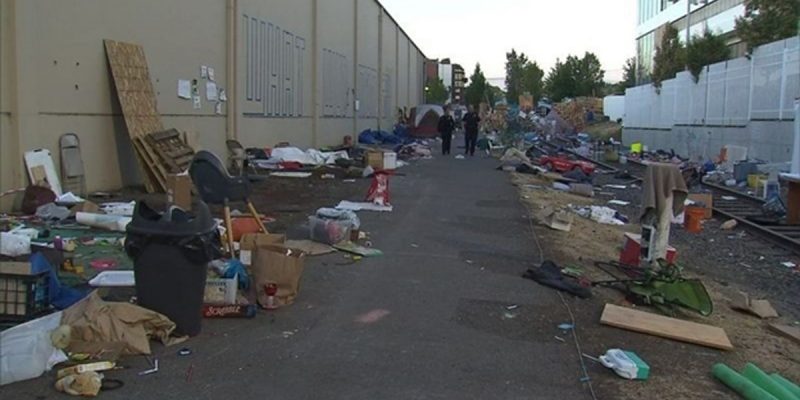 Protests have popped up across the country rebelling against ICE and in some cases harassing the agents who are simply doing their job and fulfilling their American duty. A recent protest in Portland, Oregon far exceeded standard civility. Violent threats were made against ICE officers, and the chaos of the protest reached such extremes that 911 was dialed on multiple occasions.

In a shocking unveil of the state of reality, local police refused to respond to emergency calls made by ICE employees. This was no fluke, as Mayor Ted Wheeler supported the approach of withholding law enforcement from protecting a class of citizens he deems undeserving.

Undoubtedly, this endangered several ICE employees, and thus forced The National Immigration and Customs Enforcement Council to write a cease-and-desist letter to the Mayor. The Council stated in the letter to the Mayor, “We ask that end your policy of not responding to calls for police services from ICE employees immediately.” In the year 2018, a Mayor in the U.S.A. had to be asked to have the police equally protect all innocent people.

The Council went on to address, “Your current policy forbidding Portland law enforcement agencies from assisting employees of the Immigration and Customs Enforcement Agency who request law enforcement assistance while at or away from work is a violation of the United States Constitution’s Equal Protection Clause.”

Thankfully, for the safety of these targeted citizens, the protest has since been disbanded. The character of these protesters was further portrayed by what they left behind. Heaps of garbage accumulated and were neglected for the city to remember the quality of people that once occupied this area.

Within the waste piles of these “civil” citizens were found feces, hypodermic needles, and beer bottles. These Social Justice Warriors, who supposedly have America’s best interest at heart, dutifully revealed what the country would look like under their command.

On the one side, we have ICE prioritizing American citizens by actively fulfilling their patriotic duty. On the other side, we have a Mayor inviting unchecked violence by drug users that created a biohazard. Visions of an American future could hardly be more polarized.