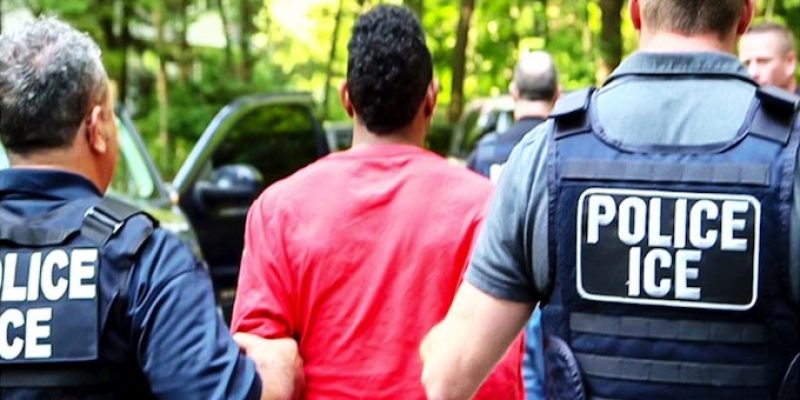 “I know I just heard helicopters everywhere and I saw a whole lot of people running and so I turned to run and the first corner I hit I got guns drawn down on me,” an unnamed witness told ABC News.

The search involved agents from New Orleans, Houston and San Antonio, Katrina Berger, Homeland Security’s special-agent-in charge of investigations, told ABC. The agency launched the investigation after getting a tip that Load Trail may have knowingly hired illegal aliens.

“I knew these were clearly illegals. This is not the way we are supposed to be hiring,” Berger said. “They told me to keep doing my job — that if they were visited by ICE again, they would simply pay the fine and go on.”

The raid, part of an ongoing investigation into the trailer manufacturing company, is believed to be the largest of its kind in a decade, ICE’s Homeland Security Investigations Office told the Dallas Morning News.

Detention centers in Dallas and Oklahoma have been processing the undocumented workers for deportation, ICE said.

Interested in more news from Texas? We've got you covered! See More Texas News
Previous Article It Appears The Chinese Hacked Hillary’s E-Mails, And The Consequences Therein Could Be Massive
Next Article Classic: reasons why O’Rourke won’t debate Cruz this Friday