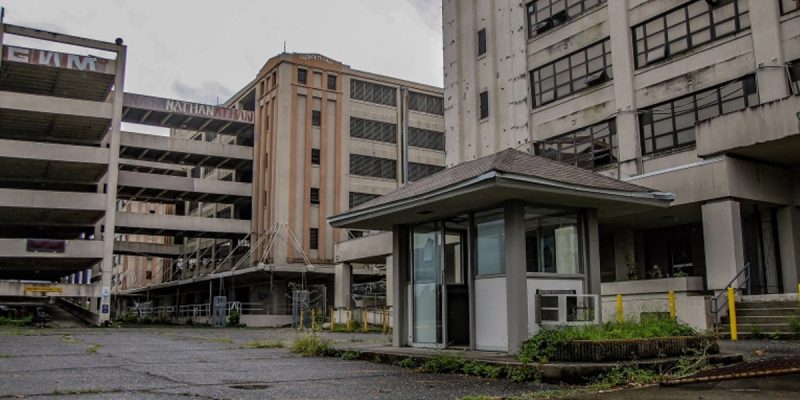 Broken glass, obscene graffiti, rotting furniture, and an active criminal presence are not things you associate with a Navy base—not unless you live near the Naval Support Activity Center in New Orleans.

Located near the mouth of the Mississippi River, the base was handed over to the city of New Orleans by the Navy in the years following Hurricane Katrina. To the surprise of no one, under city ownership, the base has fallen into severe dismay.

To combat the state of disrepair the facilities find themselves in, $40 million in federal grants were allotted to the city for restoration efforts. The Mitch Landrieu administration was in power at the time these funds were administered.

Now, in 2018, the Navy base is, if anything, in worse shape than it was in the previous administration. WWL-TV documented the mess made of the facility, located in the Bywater area of the city a bit downriver from the French Quarter, on last night’s news…

The $40 million has yet to deliver any relief for the structures, not because nothing has worked—nothing has been tried. Instead of being put towards structural improvement and sanitation of the base, these funds were revealed to have been diverted by Mayor Landrieu elsewhere, primarily infrastructure and drainage efforts in various NOLA neighborhoods. In some cultures, this is called fraud.

Landrieu is no stranger to creating turmoil in the Big Easy. After failing to properly address the city’s housing crisis for the duration of his administration and his infamous decision to remove Confederate statues and monuments in 2017, a misappropriation of a whopping $40 million is just one more stain on his legacy. The ball is in current Mayor Latoya Cantrell’s court, and things aren’t looking bright for the base.

Cantrell is said to be negotiating terms with a city development team, but there is little to no chance of any further federal funds going into this project. If the high cost of living and homelessness ratio as well as the notoriously poor state of infrastructure are any indication of the local government’s capability in restoration efforts, residents living near the Navy base will unfortunately be stuck with the eyesore and vagrant hideout that the once-prestigious facility has now become.

If the deterioration of a respectable military facility into a makeshift homeless shelter and criminal hideout doesn’t represent the state of affairs in the city that hasn’t had republican leadership since the 1870s, I don’t know what does. The taxpayers of New Orleans deserve better.

Interested in more news from Louisiana? We've got you covered! See More Louisiana News
Previous Article Democrats Want to Control the Internet, and That Should Concern Everyone
Next Article HOLTON: A Major Twist To The New Mexico School Shooter Training Camp Story