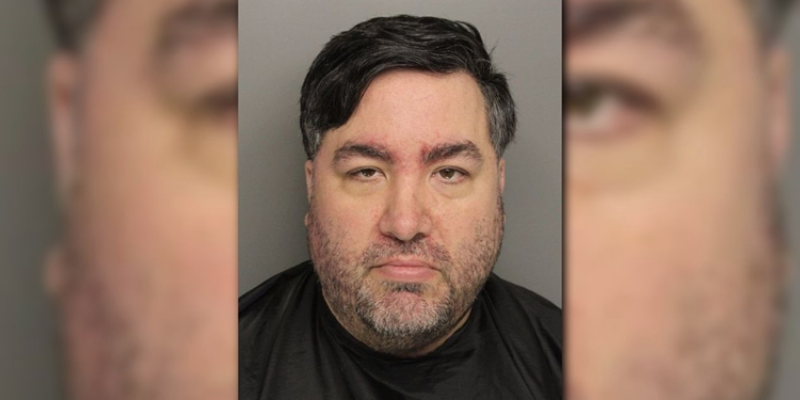 What is wrong with this South Carolina judge?

A man deputies said wanted to make an underage girl a sex slave and “cannibalize” her has pleaded guilty to two counts of criminal solicitation of a minor– and was sentenced to five years probation, WLXT News reports.

A grand jury indicting Justin Teeter Bensing, 36, of Myrtle Beach, in April after he was charged in February as part of a high-profile child predator sting in Greenville County. Months later, a judge determined that because he is autistic, he is considered “low risk.”

A low risk cannibal. That’s a new one.

According to a sentencing sheet obtained from the Greenville County Clerk of Court’s Office, Bensing was sentenced to his five years of probation on Aug. 9. He had been out of jail on a $10,000 cash bond since his Feb. 12 arrest, court records show.

Arrest warrants stated that Bensing used the name “Rebel Deese” in online chats and asked the supposed underage girl if she was “ready to be a full time baby maker and sex slave.” He also referred to the sexual fetish of coprophilia and explained that he wanted to drink her urine when they met.

Bensing was one of 14 suspects tied to a child predator sting operation that took place in January and February. The Greenville County Sheriff’s Office’s successfully apprehended 29 other suspects as part of its “Operation Millstone” who were allegedly tied to prostitution and human trafficking.

The operation that spanned several days involved investigators posing as underage children to lure suspects to a location to meet for sex. Instead, they were arrested.

Sheriff Will Lewis held a press conference at the end of the sting operation, pointing out Bensing and explaining that the suspect wanted to “cannibalize” the girl. He said Bensing drove from Myrtle Beach to Greenville to meet the supposed girl.

“Depravity doesn’t even describe this,” Lewis said at the February press conference.

Yet, after this incredible sting operation and months of work by the Sheriff’s Office, a depraved cannibalistic pedophile was released on probation.