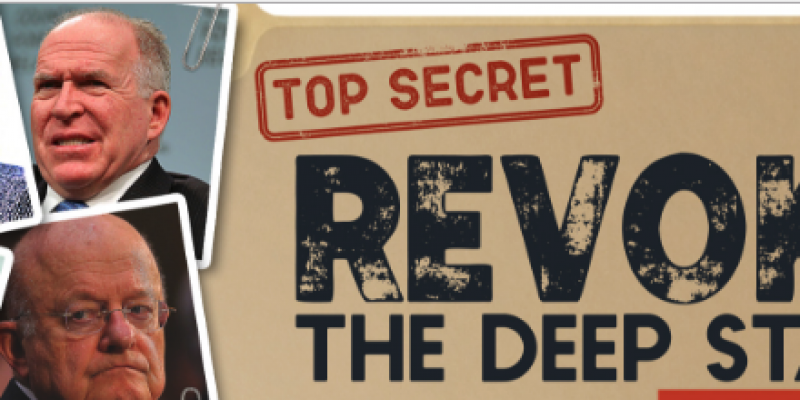 Retired Congressman Paul Broun, M.D., argues, “Ex-CIA Director John Brennan and other partisans who appear on television as talking heads are compromising our national security to enrich themselves. Instead of profiting from this abuse, they should have their security clearances revoked. And that’s exactly what Senator Rand Paul told President Trump at their recent meeting.”

Braun argues that “every patriotic voice” must be heard to encourage President Trump to “finish what he started and REVOKE the top secret security clearances of the Deep State’s partisan talking heads and their ringleader, Hillary Clinton.”