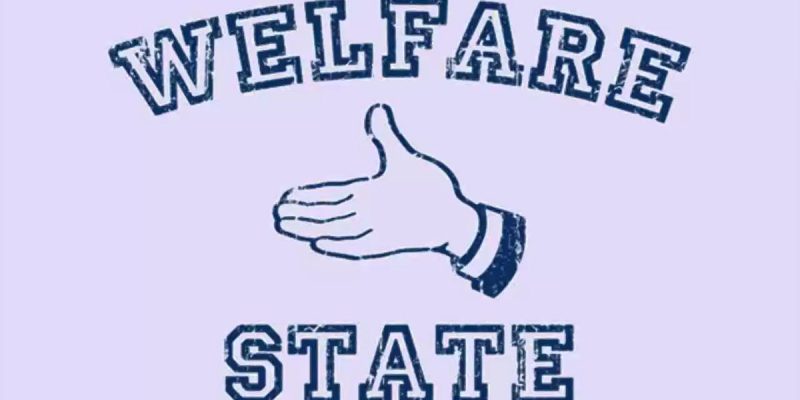 That might sound like an overheated statement, but it isn’t – Sunday afternoon the leftist organization run by former Times-Picayune reporter Jan Moller put out a statement castigating the Trump administration for its policy change on “public charge” immigration aimed at reducing welfare dependence.

To review, under U.S. immigration law, there is a longstanding principle that ordinary applicants for green cards, that is, applicants who are neither refugees or asylees, must demonstrate that they aren’t likely to become public charges. Just to be clear, refugees and aslyees are exempt from the public-charge rule. This is important. This rule does not apply to those who are admitted to the country on humanitarian grounds.

Under the current Clinton-era rule, public-charge status is defined very narrowly. Receiving a non-cash benefit, such as SNAP, Medicaid, WIC, housing benefits, or child-care subsidies, can’t be considered under the 1999 rule. The refundable portions of the earned-income tax credit and the child tax credit don’t count, even if they’re the only thing keeping you out of dire poverty. Cash benefits devoted to income maintenance might count, but not cash benefits designed to help you heat your home. One thing that does count is if the government has reason to believe you will be institutionalized for the rest of your life. Short of that, though, applicants for green cards have had good reason to believe that having extremely bleak earnings prospects in the U.S. wouldn’t count against them.

Got that? Refugees and asylees, and humanitarian admittees, are not affected by public charge rules. You have to be a regular applicant for a green card for this to affect you. Most of the people fitting this definition are family members of current green card holders who are in the chain-migration pipeline, and the number of these people who are by any common-sense interpretation “public charges” already is quite high. From a study released in April by the Center for Immigration Studies…

Medicaid and food stamps are two programs costing the federal government (and state governments, too) billions upon billions of dollars in welfare expenditures – but neither one is factored in the current “public charge” disposition in immigration policy.

So the Trump administration seeks to change the rule to include dependence on such programs in determining whether giving a green card to someone is opening the door for them to be a permanent welfare drain on the U.S. taxpayer.

And for its trouble, here’s the pot shot the Louisiana Budget Project takes at the administration…

“This proposal is reckless, unfair and inconsistent with our nation’s values. It places wealth over family and would imperil children in our state,” Louisiana Budget Project Executive Director Jan Moller said. “This latest attack on immigrants is a cynical attempt by the Trump administration to scapegoat immigrants once again just in time for the midterm elections.”

The Migration Policy Institute estimates that there are 61,000 children with immigrant parents in Louisiana. Under the proposed rule, those families could be prevented from obtaining lawful immigration status for using an array of health care supports, nutrition assistance or other services.

Here’s a question for Moller – why shouldn’t dependence on food stamps and Medicaid be a negative factor in issuing a green card to someone wishing to be put on the path to citizenship? After all, this country is a sovereign nation – and as such it has the right to award the privilege of citizenship to those individuals who it believes have the wherewithal to make a success of themselves here. And if you’re on public assistance, whether through cash welfare programs or Medicaid and food stamps, before you’re even in the citizenship pipeline it’s a pretty good bet you lack that wherewithal.

Moreover, we should remember there are lots and lots of people all around the world who would like to one day be U.S. citizens but refuse to come here illegally and can’t get a green card. Per Salam…

If large numbers of petitioners are deemed inadmissible on the grounds that they couldn’t clear a more stringent public-charge standard, there is good reason to believe that other petitioners who can meet the standard would take their place. The following is drawn from a recent report from the Congressional Research Service:

At the start of FY2018, approximately 4.1 million approved LPR visa petitions — almost all family-sponsored petitions — were pending with the Department of State’s National Visa Center because of the numerical limits in the INA. Approximate wait times for numerically limited family and employment preference visas range widely depending on the specific preference category and country of origin. Prospective family-sponsored immigrants from China, Mexico, India and the Philippines have the most substantial wait times before a visa is scheduled to become available to them.

Given high global demand for green cards, and existing numerical limits for family preference visas, it is easy to imagine that Asians (whom MPI expects will be the most disadvantaged group numerically under the new rules) deemed inadmissible will make way for Asians who clear the threshold. In the extremely unlikely event there aren’t enough family sponsored immigrants who clear the new higher hurdle, unused visas roll over to the employment-based categories, which themselves have extremely long wait lists. And if enthusiasts for increasing high-skill immigration are right, there is no shortage of potential applicants for employment-based visas who could comfortably clear a more stringent public-charge standard.

In other words, this policy change isn’t the attack on “immigrants” Moller claims it is. What’s far more to the point is the Trump administration is seeking to use immigration policy to attract more high-quality applicants and fewer people who would represent a burden on taxpayers.

But there’s nothing particularly new here. The examples are few and far between of the Louisiana Budget Project actually supporting policies which protect or favor the taxpayers or the productive class; if it involves free stuff to poor people, LBP is for it and is willing to attack anyone who doesn’t share its view.

Interested in more national news? We've got you covered! See More National News
Previous Article AVALLONE: When It Comes To Running Things, “D” Stands For Disaster
Next Article Competition In The Marketplace Shifts From The Employees To The Employers