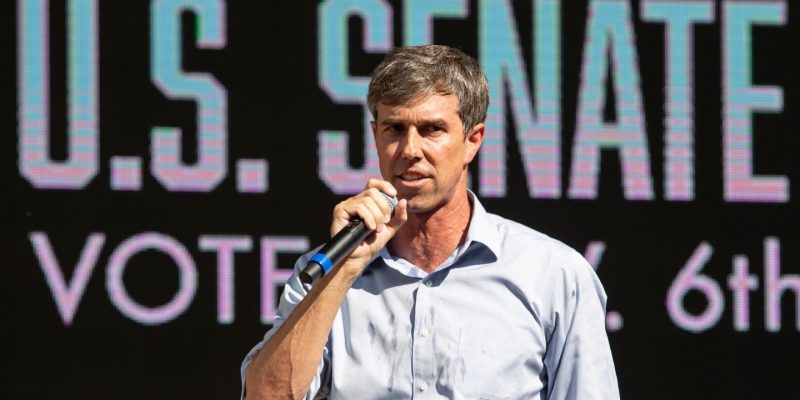 U.S. Rep. Robert O’Rourke denies fleeing the scene of 1998 DUI crash, contradicting a police report. So were the police who arrested him the Jim Crowe he claimed they were at a recent campaign event?

In a recent debate with U.S. Sen. Ted Cruz he denied that he tried to flee the scene.

O’Rourke was asked about the crash during the debate held at Southern Methodist University. He replied:

“I did not try to leave the scene of the accident, though driving drunk, which I did, is a terrible mistake for which there is no excuse or justification or defense. I can only tell you that I was able to have a second chance in my life.”

“I did not try to leave the scene of the accident, though driving drunk, which I did, is a terrible mistake for which there is no excuse or justification or defense.”

But his comments contradict the police reports the Houston Chronicle published that claim O’Rourke “attempted to leave the scene” after he lost control of his car and hit another vehicle in 1998.

“The driver attempted to leave the accident but was stopped by the [witness],” a police officer wrote, according to the police report.

According to the report, the witness reportedly “turned on his overhead lights to warn oncoming traffic and to try to get [O’Rourke] to stop.”

This was the first time O’Rourke has challenged reports of the incident. Last month, he acknowledged that he “drove drunk and was arrested for DWI in 1998.” He didn’t deny he tried to flee the scene.

The officer also stated in the report that O’Rourke was visibly intoxicated and “unable to be understood due to slurred speech.”

O’Rourke recorded 0.136 and 0.134 blood alcohol levels on Breathalyzer tests, the records said. The state legal limit at the time was 0.10. The charges of DWI were later dismissed after he completed a court-approved diversion program, the Chronicle reported.

Interested in more news from Texas? We've got you covered! See More Texas News
Previous Article It’s Undeniable At This Point That Beto O’Rourke’s Debate Performance Friday Was Disastrous
Next Article Pew: Republicans, Democrats See Opposing Party as More Ideological Than Their Own