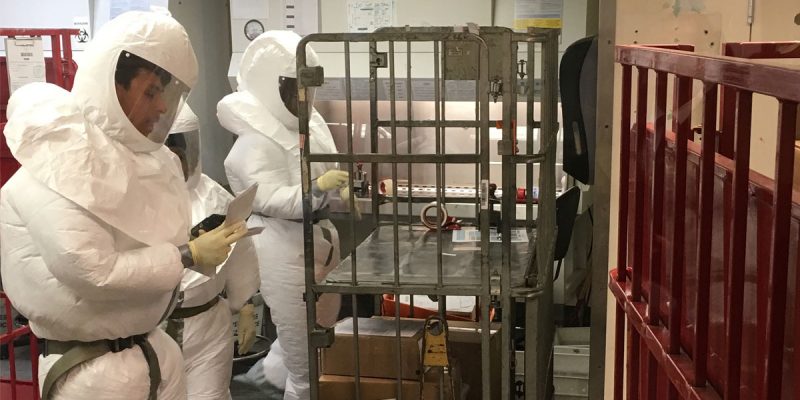 You’ve undoubtedly seen repeated references on social media to a civil war, or to “Red October” or one of the other descriptions of apocalyptic civil strife to come. These are obviously chilling, and for most of us they sound like a departure from reality. This is America, obviously, and for 150 years we haven’t done these kinds of things.

That isn’t actually true, of course. Civil unrest is a periodic fact of American life, and there have been lots of examples of unrest here, perhaps more notable after the Civil War than before it. There were the L.A. riots in the early 1990’s, there was the strife across the country during the Vietnam War and surrounding the Civil Rights movement in the 1960’s, there were race riots in the 1930’s and 1940’s, there was civil unrest stoked by unions during the 1910’s and 1920’s, and there were “anarchist” bombings throughout the Gilded Age (we use scare quotes around “anarchist” because those were usually Marxist of a flavor that would today be recognized as Antifa). Two American presidents in the post-civil war era – James Garfield and William McKinley – were shot dead by left-wing radicals.

So if there is to be large-scale civil unrest it wouldn’t be unprecedented by any means. When people talk about a “civil war” breaking out in the country they’re mostly exaggerating.

But there is no doubt we’re beyond the usual political squabbling. We’re in similar territory to 1968, the height of the Vietnam protests, and what’s going on now largely gives the lie to the contention that the Vietnam War was actually the driver of that unrest. Why? Because there is no overseas war animating what’s going on now. Nor is there economic dislocation – we’re actually in a labor shortage, and populations like blacks and Hispanics have their lowest recorded unemployment rates.

And yet this week is shaping up to be one of the scariest since 1968 – or at least since the Ferguson riots – without actually seeing mass violence in the streets.

A riot in the streets is usually whipped up by a specific group for a specific purpose, or at least if it’s “organic” it happens as a result of a specific event. As such, the importance of a riot can be contained within that purpose or event. The anti-police violence in Baton Rouge in 2016, for example, was a product of the Alton Sterling controversy, and all could agree that whether any commonality could be found on the Sterling case it was the cause of the problems and were there to be a consensus on how to handle that case or others like it the problem could be resolved to a large extent.

But what we’re seeing now is a bit different than that, because it doesn’t appear confined to a clear motive. For example, there was this…

Two people were taken to the hospital after they were exposed to a “white powdery substance” in a package found at Ted Cruz’s campaign office on Tuesday.

Cruz’s office said they received a piece of mail addressed to Senator Cruz Tuesday morning. When the mail was opened, it contained the white powdery substance.

Thank God the substance wasn’t dangerous, though the intent was clearly to terrorize and intimidate. But at the Pentagon, it was worse…

Two envelopes addressed to Secretary of Defense James Mattis and Chief of Naval Operations Adm. John Richardson have initially tested positive for the deadly poison ricin at the Pentagon’s mail facility, according to a report.

The packages, which were delivered Monday, were intercepted before making it into the sprawling headquarters of the Defense Department in Virginia near Washington, DC, spokesman Chris Sherwood said Tuesday.

They triggered alarms as they underwent a security screening at the off-site mail processing center, according to the Military Times.

A defense official told CNN that the intended recipients were Mattis and Richardson.

Same story at the White House, where President Trump was the apparent target.

It appears the three incidents may be related. At least, that’s the FBI’s theory, based on an apparent connection an unnamed former Navy sailor seems to have to all three.

Then there was the mob who attempted to attack U.S. Rep. Andy Harris’ office.

Police arrested two marijuana legalization advocates Tuesday outside Rep. Andy Harris’ office, and the Baltimore County congressman said he bruised his wrist during an encounter with the activists that “demonstrates the problem with political discourse today.”

The Maryland Marijuana Justice protesters — Rachel Donlan, 46, of Washington, and Kris Furnish, 28, of Salisbury — were demonstrating around 12:15 p.m. against Harris’ opposition to legalization efforts, according to Adam Eidinger, a well-known legalization advocate who helped organize the action on Capitol Hill.

“They tried to talk to the congressman,” Eidinger said. “He ran past them and slammed the door in their face. He got on the other side of the door and was pushing the door shut. He caught Rachel’s foot in the door. She screamed. She was in a lot of pain.”

The congressman’s office said in an email that the protesters “sought to forcibly enter the office” as Harris entered through a private door, “bruising his wrist as they tried to force the door open.”

According to a video Eidinger posted on social media, Donlan and Furnish then lay down outside the office and began smoking marijuana, and U.S. Capitol Police arrested them.

Police said the protesters were charged with consumption of marijuana in a prohibited public space. It is illegal to smoke marijuana on federal property in Washington.

The protesters “were observed to display and light marijuana cigarettes,” according to a police statement. It said police had “responded to a report of unlawful demonstration activity” and that the officers “were informed that the demonstrators were attempting to enter the office.”

Protesters accosted Mitch McConnell and Bill Cassidy yesterday, though in a less-violent manner.

And then there are the other examples which don’t involve harassment of public officials. For example, there is this, from the University of Texas’ main campus in Austin when an insane woman attacked a Young Conservatives of Texas pro-Kavanaugh gathering…

This rather dramatic footage came from a pro-life event in Canada, where a leftist demonstrator decided to attack a pro-life advocate in a way which isn’t unfamiliar south of the St. Lawrence…

Every day there are items like this popping up, and while none of them particularly look like 1968, what they add up to is the creation of a powderkeg that could very well explode. When a Georgetown professor, supposedly someone who would promote civility and the rule of law, is instead demanding the castration of Republican politicians supporting Kavanaugh and is defended by her employer, it’s clear which way the wind is blowing.

Again – all of the above is from THIS WEEK. And it’s only Wednesday.

Deluged with these images and these stories, people naturally conclude a civil war is brewing. What’s scary is they’ll also naturally act accordingly. One side becomes less and less inhibited in their provocative public actions, while the other arms up.

Something has to give. We can’t keep going down this road.