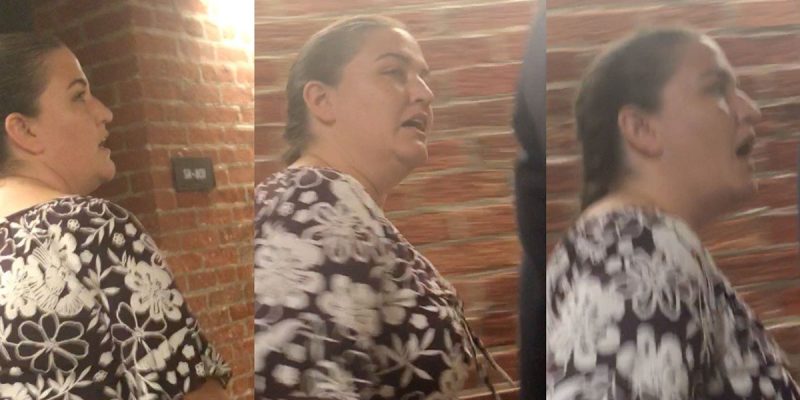 What’s below is a video which first appeared earlier today at The Daily Caller, and it depicts one of the more clownishly idiotic protesters ever to stalk the halls of the U.S. Senate, and her accosting of Sen. Bill Cassidy (R-Louisiana) over the Brett Kavanaugh nomination.

It actually doesn’t go so well for her, which is a pleasant development in what’s starting to become a pattern of Republican resistance to boorishness from the Left on Capitol Hill. More about that toward the bottom of this post.

Back to Cassidy’s encounter. He was in the hall of the Senate office building earlier today when he was confronted by an overweight, slovenly dressed female who demanded to know why he was supporting Kavanaugh’s confirmation. Cassidy hasn’t just said he’s a “yes” vote – he’s been very vocal in denouncing the Democrats’ tactics in trying to tear the judge down, on social media and in interviews he’s done. It’s part and parcel of an evolution by Louisiana’s senior senator into a bit more outspoken conservative than he’s been known to be in the past.

Here’s a transcript, courtesy of the Daily Caller post, of what ensued when the female protester tried to “Flake” Cassidy…

Cassidy: “Why wouldn’t I support Kavanaugh?”

Protester: “Because rapists are bad.”

Cassidy: “Wait a second — everybody there said that it did not happen. So why am I going to–”

Protester: “So you’re going to believe Mark Judge over a woman?”

Cassidy: “No, I’m going to believe her best friend.”

Cassidy: “She said she didn’t remember.”

Protester: “So you’re OK as a doctor to harm a woman?”

Cassidy: “Wait a second – are you OK as a person to go ahead and to accept a non-corroborated charge to destroy someone’s life? If it destroyed your life, your son’s life, or your husband’s? Wait a second, answer my question. If it was your husband, your son, your father, whose life has been destroyed by uncorroborated, would you like that?”

Protester: “I would support a full FBI investigation.”

Cassidy: “No, no. Would you like that? An uncorroborated charge, destroying—”

Protester: “I wouldn’t marry somebody that was a drunk.”

Cassidy: “Oh no, wait a second. Uncorroborated. Answer the question. I don’t think you’re able to. Because you know it’s unfair.”

Protester: “I would stand up.”

Protester: “I would fight. And I would make sure women are heard. Clearly you’re OK if a rapist goes on the Supreme Court.”

Cassidy: “No, I’m not. But then on the other hand, clearly you’re OK, the absence of evidence obviously means nothing to you.”

Protester: “No, there is evidence. Look at the standard. How many people are in jail for less?”

The video isn’t any better than the transcript…

It’s not all that surprising to see Cassidy take a tougher line of late. He hasn’t made a big deal out of it, but the Senator, who is legitimately one of the nicest people one would ever meet, has been through a lot. There was the Jimmy Kimmel experience last year, when Cassidy attempted to reach across the aisle in an effort to open a discussion with the late-night comedian on health care only to be rudely rebuffed in what turned out to be a coordinated attack with Senate Minority Leader Chuck Schumer. Then there was the repeated harassment and shockingly rude behavior displayed at Cassidy’s town hall appearances as groups like Indivisible and Organizing for America sent thuggish protesters to heckle and shout down the Senator and other attendees. And all the while Cassidy has been the target of some of the rudest, most uncivil and intellectually vapid internet trolls imaginable on his social media pages. At some point even a polite, decent man like Cassidy is going to conclude he has to assert himself against these in-your-face aggressors.

And there was Lindsey Graham, who dropped an s-bomb on CNN after catching rude questions about his working relationship with President Trump…

Then there was Senate Judiciary Committee Chairman Chuck Grassley, who unloaded on committee member Chris Coons, a Democrat from Delaware who attempted to raise a patently stupid allegation against Kavanaugh… 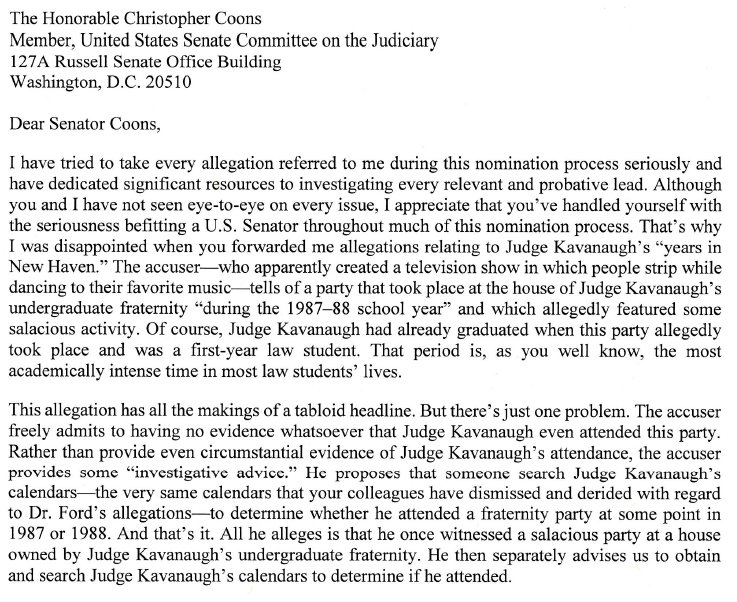 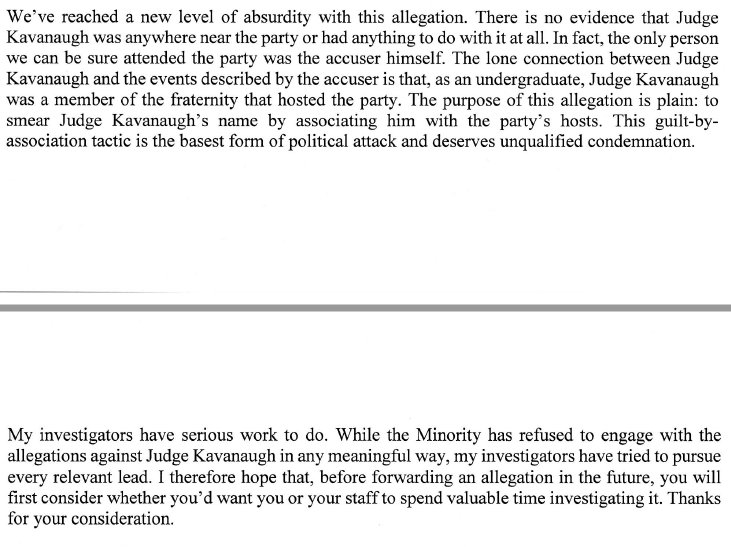 What’s quite apparent is that most Republicans in Washington have begun taking cues from their constituents, who are mad as hell about the Democrats’ abuse of the Kavanaugh confirmation process and general non-stop incivility over the past two years, and are beginning to give it back to them.

That might mean the country begins inching a little closer to the civil unrest so many are afraid of, but it isn’t Republicans driving that. And frankly, attempting to be the nice guys on the block simply doesn’t work anymore – so beating the Left at its own unpleasant game might be the only way to head off the worst of what’s to come.

Cassidy’s doing his part in that effort, and he’s doing it in his usually decent way. Our thanks to him for taking a stand against the barbarians.

Interested in more national news? We've got you covered! See More National News
Previous Article New Pelican Institute ad tells state budget woes like it is … from kids’ perspective [video]
Next Article Do You Want To Know Why There’s Talk Of A Civil War?