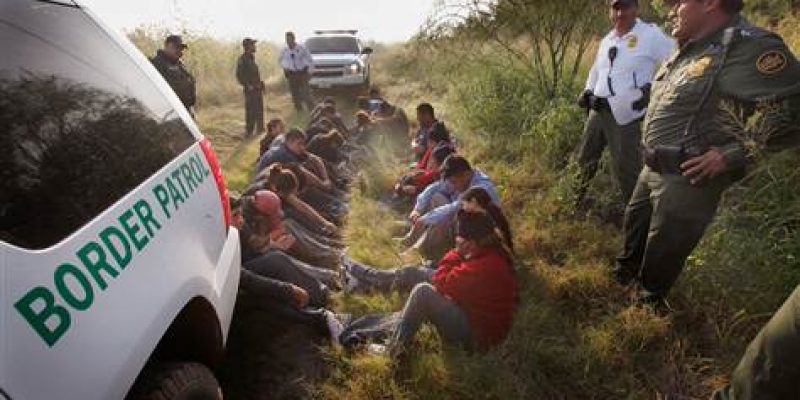 The Department of Homeland Security (DHS) reported that the number of families crossing illegally from Mexico into Texas and Arizona spiked in October. The influx has created problems at border processing facilities, for Immigration and Customs Enforcement (ICE) detention facilities, and at shelters for unaccompanied minors.

Greyhound stations in South Texas are inundated with illegal migrants who are released and take the bus to travel elsewhere in the U.S., according to a CNN report that quoted a senior DHS official.

All the facilities from processing to detention were “breaking at the seams” the official said.

The most recent official border apprehension numbers released by Customs and Border Protection for September showed a record high month with 16,658 family apprehensions across the southern border.

At the end of Fiscal Year 2018, families and unaccompanied minors accounted for roughly 51 percent of the apprehensions in the Rio Grande Valley, compared to 64 percent apprehended in October, DHS reported.

This comes after a surge that occurred in April when Border Patrol agents assigned to the Weslaco Station reported the apprehension of 112 migrants in two large groups that crossed the border from Mexico illegally. The arrests occurred near the Texas border town of Hidalgo, according to U.S. Customs and Border Protection officials.

“As these family units and unaccompanied children continue to illegally flow into the United States, agents are pulled from the field to process, jeopardizing operational control of the border,” RGV Sector Chief Patrol Agent Manuel Padilla, Jr. said in a written statement.

In one incident Weslaco Station agents came upon 37 people who illegally crossed the border near Hidalgo. The next day they found a group of 75 illegals.

The groups were identified mostly as Family Unit Aliens (FMUA) and Unaccompanied (UAC) Alien Children from Guatemala, El Salvador, and Honduras, officials reported in April. Among the 112 illegal aliens arrested were 14 unaccompanied minors.

The Rio Grande Valley Sector is the border location where the most illegal border crossings occur in the U.S. that involve UACs and FMUAs.

Interested in more news from Texas? We've got you covered! See More Texas News
Previous Article CROUERE: Secure The Border, Before It’s Too Late
Next Article Thousands Of Caravan Migrants Reject Offer Of Government Benefits To Stay In Mexico