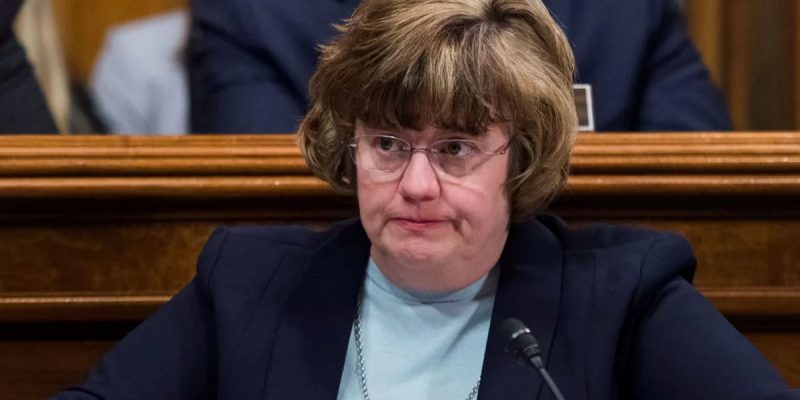 What follows is an independent memorandum written by Rachel Mitchell, the outside counsel hired last week by the Senate Judiciary Committee to conduct an interview of Dr. Christine Ford at Thursday’s hearing surrounding her allegations.

Mitchell’s performance was largely panned by the cable news talking heads and other pundits for not confronting Ford with some of the more difficult-to-believe elements of her story, and for not reducing her to rubble the way prosecutors on Hollywood crime dramas do. That was a pretty unfair standard; go to a courtroom and watch real prosecutors work, and you’ll find they’re a lot more like Mitchell is. Rather than uncovering immediately-visible smoking guns, Mitchell poked several unmistakable holes through Ford’s story, and she also opened the door to further investigation of something which looks very much like actionable collusion and fraud on the part of Ford’s attorneys as they interacted with the staff of Sen. Dianne Feinstein, who created this circus of allegations against Supreme Court nominee Brett Kavanaugh.

Over the weekend, Mitchell released the following memorandum to “All Republican Senators,” which one might interpret to specifically focus on the waffling Jeff Flake, Susan Collins and Lisa Murkowski, whose votes are needed to seal the deal for Kavanaugh’s confirmation.

Please permit me this opportunity to present my independent assessment of Dr. Christine Blasey Ford’s allegations against Judge Brett Kavanaugh. Before I do this, I want to emphasize two important points:

1. This memorandum contains my own independent assessment of Dr. Ford’s allegations, based upon my independent review of the evidence and my nearly 25 years of experience as a career prosecutor of sex-related and other crimes in Arizona. This memorandum does not necessarily reflect the views of the Chairman, any committee member, or any other senator. No senator reviewed or approved this memorandum before its release, and I was not pressured in any way to write this memorandum or to write any words in this memorandum with which I do not fully agree. The words written in this memorandum are mine, and I fully stand by all of them. While I am a registered Republican, I am not a political or partisan person.

2. A Senate confirmation hearing is not a trial, especially not a prosecution. The Chairman made the following statement on September 25, 2018, after he hired me:

As I have said, I’m committed to providing a forum to both Dr. Ford and Judge Kavanaugh on Thursday that is safe, comfortable and dignified. The majority members have followed the bipartisan recommendation to hire as staff counsel for the committee an experienced career sex-crimes prosecutor to question the witnesses at Thursday’s hearing. The goal is to de-politicize the process and get to the truth, instead of grandstanding and giving senators an opportunity to launch their presidential campaigns. I’m very appreciative that Rachel  Mitchell has  stepped forward to serve in this important and serious role. Ms. Mitchell has been recognized in the legal community for her experience and
objectivity. I’ve worked to give Dr. Ford an opportunity to share serious allegations with committee members in any format she’d like after learning of the allegations. I promised Dr. Ford that I would do everything in my power to avoid a repeat of the ‘circus’ atmosphere in the hearing room that we saw the week of September 4. I’ve taken this additional step to have questions asked by expert staff counsel to establish the most fair and respectful treatment of the witnesses possible.

That is how I approached my job. There is no clear standard of proof for allegations made during the Senate’s confirmation process. But the world in which I work is the legal world, not the political world. Thus, I can only provide my assessment of Dr. Ford’s allegations in that legal context.

In the legal context, here is my bottom line: A “he said, she said” case is incredibly difficult to prove. But this case is even weaker than that. Dr. Ford identified other witnesses to the event, and those witnesses either refuted her allegations or failed to corroborate them. For the reasons discussed below, I do not think that a reasonable prosecutor would bring this case based on the evidence before the Committee. Nor do I believe that this evidence is sufficient to satisfy the preponderance-of-the-evidence standard.

Dr. Ford has not offered a consistent account of when the alleged assault happened.

Dr. Ford has struggled to identify Judge Kavanaugh as the assailant by name.

When speaking with her husband, Dr. Ford changed her description of the incident to become less specific.

Dr. Ford has no memory of key details of the night in question—details that could help corroborate her account.

Dr. Ford’s account of the alleged assault has not been corroborated by anyone she identified as having attended—including her lifelong friend.

Dr. Ford has not offered a consistent account of the alleged assault.

Dr. Ford has struggled to recall important recent events relating to her allegations, and her testimony regarding recent events raises further questions about her memory.

Dr. Ford’s description of the psychological impact of the event raises questions.