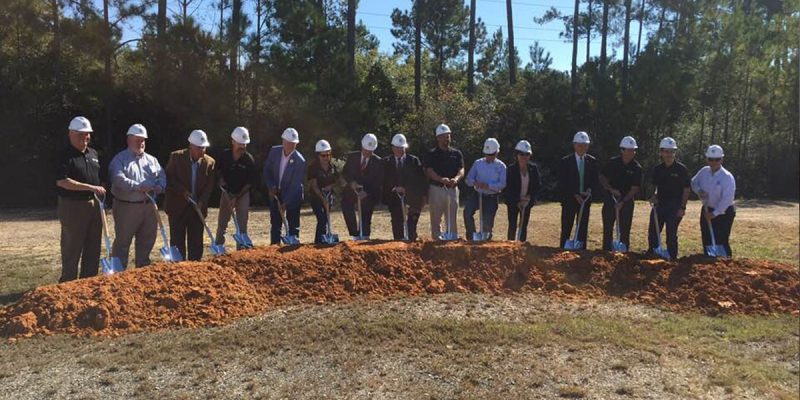 …if for no other reason than it’s been a really long time since anybody plunked down an investment of anything resembling $261 million in that neck of the woods, and it gives reason to think the economy there might have a chance at an uptick in future years as a result.

In case you don’t have a clue what we’re talking about, here was a press release from yesterday afternoon…

Louisiana Public Service Commissioner Eric Skrmetta, who approved the project for the region, called today’s ground breaking “… a great day for Washington Parish, a great day for Louisiana, and a great day for ratepayers.”  Skrmetta noted that the 361-megawatt plant will serve as a peaking plant that creates reserve generating capacity to fill the gap when customer demand exceeds normal peak capacity.

Louisiana Congressman Ralph Abraham, who represents the state’s 5th District, noted that the plant would likely be a catalyst for additional economic development for the area.  Washington Parish President Richard “Ned” Thomas added, “… this plant is going to help us so much by empowering Washington Parish.” The plant is expected to have a strong impact on the parish’s revenue generating which led Washington Parish Assessor James “Jimbo” Stevenson to state, “When asked, ‘are we happy about this plant?’, we’re not, we’re ecstatic!”

Calpine first began building a power plant in 2001 but work on the project ended abruptly when the market suffered dramatic setbacks.  Calpine will demolish the current structure before building the new facility with two state-of the art turbines powering the plant.  Said Skrmetta, “This is yet another step by the Louisiana Public Service Commission as we work to modernize our fleet of power plants. Today would not be possible without the vision of Calpine Corporation. This two-turbine unit will replace older, less efficient gas-fired plants.  And these combustion turbines will be made to ramp up quickly to meet the needs of customers across the region. To the parish officials, the city officials and our state officials, I am proud that today we have fulfilled a long-awaited promise.”

District 75 State Representative Malinda White stated, “Our ask of you Calpine is that you consider our local, skilled labor when hiring.  We have the people you need.”  Bogalusa Mayor Wendy 0’Quin Perrette offered her appreciation to Calpine for “… contributing to the city’s advancement.”

Calpine Director of Communications, Government and Regulatory Affairs Brett Kerr concluded the event prior to the ground breaking and stated, “This project will create approximately 250 construction jobs.  We are excited about the possibilities this new plant will provide for the parish, region and economic growth.”  The plant is expected to be completed in 2021, at which time it will be transferred to Entergy Louisiana for operation.

Calpine, in case you don’t know who they are, is a Houston-headquartered company specializing in building and running natural gas power plants. They’ve taken what was a bad investment in 2001 and flipped it to a good one which will pay them $261 million in three years, and Entergy is going to end up with a state-of-the-art power plant which is a lot more efficient than some of its current facilities – meaning ratepayers probably save money on their bills even with Entergy writing that check upon the plant’s completion.

But perhaps the big deal here is that Bogalusa is getting a top-shelf power plant which has the potential to drive industrial development in an area which doesn’t have any. That could be an important development in one of the state’s lagging areas.

Interested in more news from Louisiana? We've got you covered! See More Louisiana News
Previous Article KPEL’s Third Report On The Texodus To Midland Is Out…
Next Article APPEL: A Traveling Governor And Louisiana’s Economic Wins