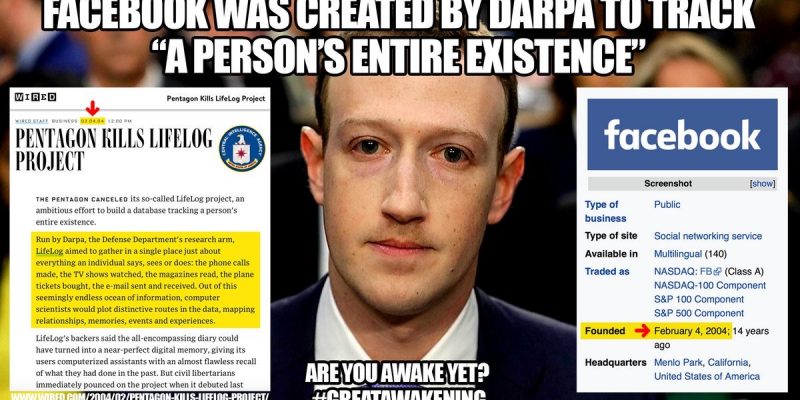 On February 2, 2004, WIRED reported on a project that the Pentagon had been working on would be shut down, called LifeLog. It wrote:

Run by Darpa, the Defense Department’s research arm, LifeLog aimed to gather in a single place just about everything an individual says, sees or does: the phone calls made, the TV shows watched, the magazines read, the plane tickets bought, the e-mail sent and received. Out of this seemingly endless ocean of information, computer scientists would plot distinctive routes in the data, mapping relationships, memories, events and experiences.

Darpa never explained why LifeLog was suddenly and quietly cancelled after one year of research dedicated to building it. “‘A change in priorities'” is the only rationale agency spokeswoman Jan Walker gave to Wired News,” the magazine reported at the time.

LifeLog was one of three controversial programs being advanced by Darpa that were allegedly cancelled. The Terrorism Information Awareness (TIA) data-mining initiative was one, which while eliminated by Congress many believe continued as a “classified” Pentagon operation. The Policy Analysis Market (FutureMap), was another that created a stock market type platform for users to “bet” on terror strikes.

However, eagle-eye privacy activists have pointed out a plausible reason for the sudden cancellation. On February 4, 2004, Facebook was “created.” Fourteen years later it’s not difficult to understand why. Facebook, along with its marketing and advertising partners, and Google, track every activity anyone makes online. Through video and phone apps, they determine where people are at every moment of the day.

Some suggest Mark Zuckerberg, who looks like an alien-type creature in the below picture, is really a front for the alphabet soup agencies’ deep state, which is why the organization he allegedly founded has not been, and may never be, held accountable for censoring conservative users, while also taking their money and tracking their information. 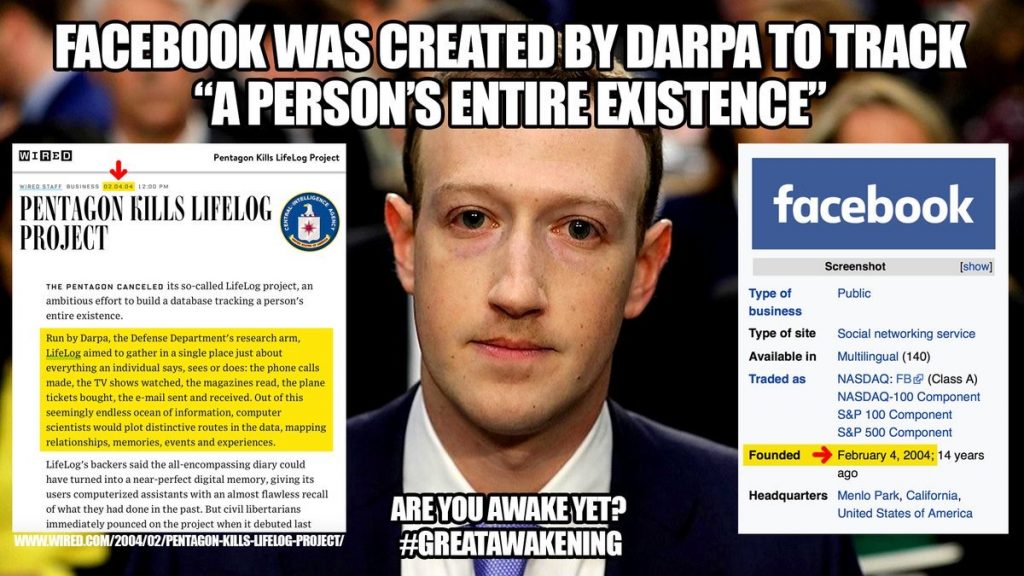 If not, why hasn’t the government taken action against the company for its intentional censorship of certain users?