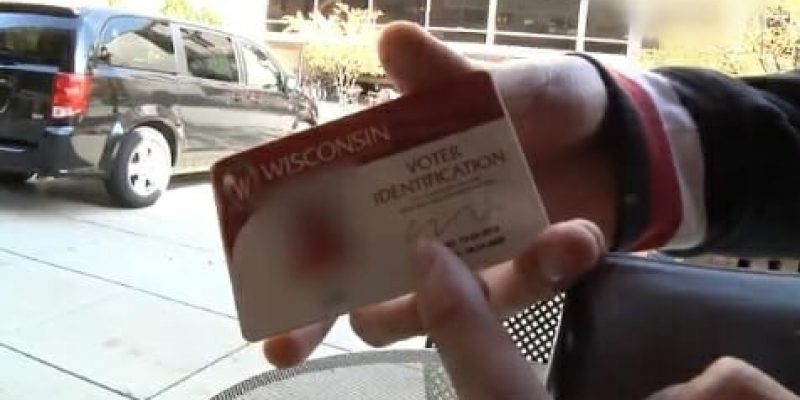 The MacIver Center News Service and Matt Batzel reported that University of Wisconsin students were handing out voter identification cards to foreign national students– who cannot legally vote– in order for them to vote today in the midterms.

What possible reason would @UWMadison have for issuing a "Voter ID Card" to a foreign exchange student? Not illegal, but very suspicious. See full story at: https://t.co/Exm6fHpb26 #WIright #tcot pic.twitter.com/4BoOFELswh

The MacIver Institute reports that the University of Wisconsin Madison hosted three early voting sites and helped students obtain the necessary documentation needed to register to vote: proof of residence and a photo ID. This includes all students, including non-U.S. citizens.

The university is making it as easy as possible to get these documents, the Institute reports.

All students can print off a “Voter Eligibility Verification Letter” simply by going to their online university account. The process is automatic and instant.

For the state’s voter ID requirement, student ID cards don’t count, because they don’t have an expiration date. And so, any student can go to the union, present their student ID, and get a special student voter ID card.

When first introduced in 2016, Chancellor Rebecca Blank announced, “For those non-Wisconsin students who are U.S. citizens but who don’t have a passport, the university will provide a voter ID card that complies with state law.”

After receiving the letter and ID card, students are encouraged to register to vote.

“The university’s process follows the letter of the law, but its casualness is cause for concern, as this video report demonstrates,” MacIver Institute reports.