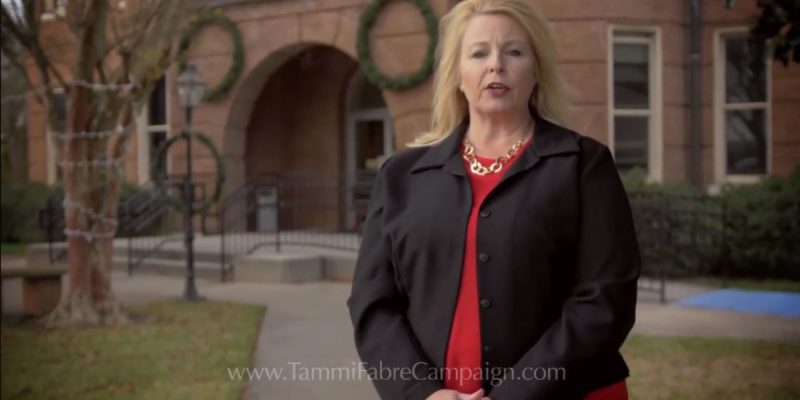 That’s because the Republican candidate in that race, which will see a primary election Feb. 23 to replace former Rep. Major Thibaut (D-New Roads), who resigned after winning an election last year as Pointe Coupee Parish President, looks like exactly what Republicans would like to fill the state legislature with.

This is a Democrat-heavy district. Thibaut didn’t even draw a challenger for re-election in 2011 or 2015. In the 2015 governor’s race runoff, John Bel Edwards carried District 18 with 67 percent of the vote over David Vitter. Fabre doesn’t go into the race as a favorite to win, as she’s a political neophyte who so far doesn’t have a lot of name recognition. There are four Democrats running – the two with the most name recognition are Jeremy LaCombe, an attorney in New Roads who also serves as a prosecutor in the Pointe Coupee district attorney’s office, and Gary “Sprout” Spillman, a retired firefighter and fairly far-left West Baton Rouge parish councilman. Both look like throwbacks to Louisiana pols of 30 years ago.

There are two other Democrats running – Bill Spencer, about whom we found little other than he’s white and from Maringouin, and NaTashia Carter Benoit of Port Allen, who’s the black candidate in the race.

The odds aren’t bad at all that Fabre and Benoit might end up in a runoff, as LaCombe, Spillman and Spencer split the white Democrat vote between them while Benoit gets the 37 percent of the vote which is black and Fabre gets the 33 percent of the district’s vote which went for Vitter in 2015. Then it would be a fight over that 30 percent.

And while Vitter was pounded in the 2015 runoff, Donald Trump and John Kennedy carried House District 18 with 57 and 58 percent, respectively. So if there’s a runoff between Fabre and Benoit, Fabre is a decent bet to flip the seat from Democrat to Republican.

Of course if another Republican should get into the race all bets are off.

Qualifying for House District 18, plus the other six Louisiana House special election races the primary elections for which will take place Feb. 23, began on Wednesday and ends at 5 p.m. today.

UPDATE: At the last minute a sixth candidate entered the race – a black Republican from New Roads named Jason Lee Fowler. That’s not likely a significant development in the race, as Fowler’s vote might be negligible. But it’s definitely not a good development; Fowler’s vote, should he get any significant share of the electorate, would either come from Fabre or from Benoit – and in either case would lighten the burden on one of the white Democrats to make the runoff.