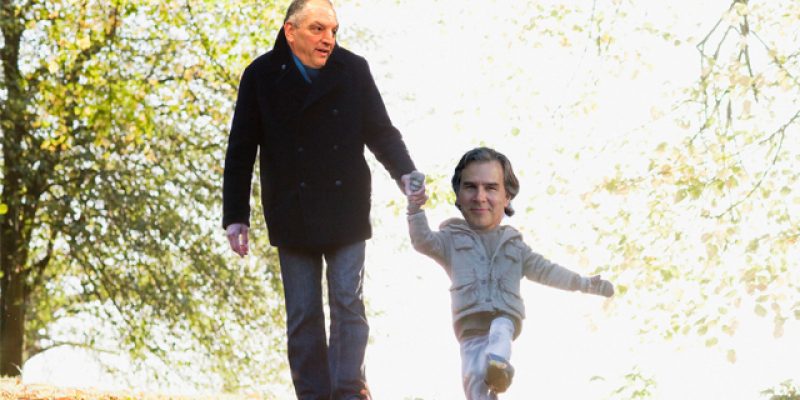 Bridges, our readers might remember, was brought on board by the Baton Rouge Advocate four years ago for what looked like the express purpose of writing hit pieces on David Vitter to derail the senator’s bid to become Louisiana’s governor. In that project the partisan Democrat reporter was quite successful – Bridges’ nonstop references to Vitter’s 15-year-old dalliance with ladies of the evening played a significant part in Vitter’s descent from gubernatorial shoo-in to limping into a rout in the 2015 runoff.

Thus it isn’t a surprise, now that the 2019 gubernatorial race in which the Democrats aim to pull out all the stops to save John Bel Edwards as governor, to see Bridges pitching in by savaging Republican candidates like he attempted to do to Ralph Abraham in an Advocate piece last night. Bridges has been doing his level best to serve as Edwards’ media enforcer against political opponents both Republican and Democrat. Now there’s a statewide election cycle on, so of course the slime engine will crank back up.

Problem is, Abraham just doesn’t carry as much salacious dirt with him that Vitter did.

So Bridges is working with what he has, and it’s a little boring.

Running for Congress in 2014 as a political outsider, Dr. Ralph Abraham made a pledge that resonated with voters in his conservative northeast Louisiana district: He would not collect his salary if he went to Washington.

“It Should Be An Honor And A Privilege To Serve Your Country And NOT A Paid Position,” Abraham said on his campaign website. “YOU Should Not Pay A Penny For Representation.” He said he would donate his salary to charity.

Abraham won the race, but it turns out that voters in Louisiana’s 5th Congressional District are indeed paying for his representation, at a cost of $174,000 per year.

So that’s Bridges’ lede, and boy – Abraham sure sounds like something of an Indian giver on that congressional salary.

His pledge not to accept his salary lasted only during his first two-year term, spokesman Cole Avery disclosed this week in an interview.

Now a candidate for governor, Abraham learned after his 2014 election that congressional rules limit how much he is allowed to earn from his medical practice, Avery said.

“Because of the loss of income, it was not a pledge he could continue beyond the first term,” Avery said. “There’s the belief that something should be one way, and then there’s the reality.”

Congressional rules limit physicians to earning no more than their “actual and necessary expenses,” meaning essentially that they can’t earn a profit from their practice.

Abraham did not extend his no-salary pledge to his 2016 re-election campaign. But his campaign website continued to include it as part of his campaign platform.

Turns out Congress doesn’t let you refuse your salary. You have to donate it to charity. Which Abraham says he did and Bridges can’t find any evidence to the contrary – Abraham says he donated part of his salary to St. Jude and part of it to The Independence Fund, a charity assisting wounded veterans. Both organizations have a policy not to divulge details of their donors’ gifts.

Which is apparently now suspicious.

Bridges assures his readers this is nonetheless a big deal now that Abraham is running for governor. Because, y’know, Abraham kinda-maybe-sorta didn’t fulfill his campaign promise. Wonder if Bridges ever wrote anything about whether John Bel Edwards didn’t fulfill his campaign promise not to raise taxes as governor before securing some $7 billion in tax hikes once elected. The guess here is no, he didn’t, because if he had he might have to put in proper perspective a five-year old campaign promise that was lived up to and then dropped for Abraham’s second term when he realized that House rules make it financially unfeasible not to keep his salary.

Oh, but wait – we have a third party to consult on this issue and serve as an impartial judge of Ralph Abraham’s character…

His changed position might come as a surprise to some given his 2014 pledge, but it isn’t to Vance McAllister, who was seeking a second term in Congress that year but finished fourth in the race.

“I thought it was a campaign ploy, a vote-getting pledge,” McAllister said. “Maybe it’s just politics as usual by not defining it exactly as one term.”

He actually went there. He actually got a quote from Vance Freaking McAllister about Ralph Abraham’s character. Remember why McAllister finished fourth as the incumbent Congressman in LA-05?

No? Bridges certainly didn’t remind his readers. But we will – McAllister was banished to the political wilderness by the voters because before he was even inaugurated he was caught on his congressional office’s surveillance cameras engaging in extramarital foreplay with a staffer he was clearly carrying on an affair with. The scandal was the most embarrassing for Louisiana’s congressional delegation since “Dollar Bill” Jefferson was sent to prison on a bribery charge, and it remains the only thing McAllister is known for as a political figure. Bridges doesn’t even mention it.

But that’s par for the course. This is, after all, the reporter who published an outright lie told by a Death Row prisoner about why he was incarcerated in an effort to push a legislative agenda that ultimately led to that prisoner getting an opportunity to be paroled – and it wasn’t until the lie Bridges circulated in the Washington Post was exposed by other media outlets that the situation was rectified.

We couldn’t understand why Bridges wasn’t drummed out of the Louisiana media for so obvious a breath of the truth at the time. Now the reason is pretty apparent – they needed to keep him around to slime the next batch of Edwards opponents with hit pieces. And so it has begun again.

Get ready, Eddie Rispone – you’re on deck. You’ll be getting the Tyler Treatment anon.