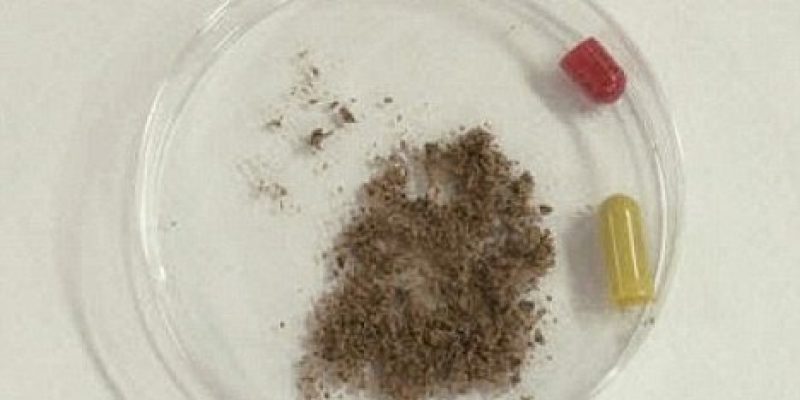 Well, if you were wondering about the abortion business– here’s another example: human flesh in pills.

The Daily Mail reports: “Thousands of pills filled with powdered human flesh have been discovered by customs officials in South Korea.”

The capsules are in demand because they are viewed as being a medicinal “cure-all.”

Corrupt medical staff in China are said to be tipping off medical companies when babies are aborted or delivered still-born– so their bodies can be ground up into pills.

The tiny corpses are then bought, stored in household refrigerators in homes of those involved in the trade before they are removed and taken to clinics where they are placed in medical drying microwaves.

Once the skin is tinder dry, it is pummelled into powder and then processed into capsules along with herbs to disguise the true ingredients from health investigators and customs officers.

The South Korean Customs Service said it has heightened its searches of suspicious packages being brought into the country by Chinese travelers.

According to customs agents, 35 smuggling attempts have been made since August 2018 involving more than 17,000 capsules disguised as “stamina boosters.” The Daily Mail adds:

Hospitals and abortion clinics in China reportedly pass the remains onto drugs companies when a baby is stillborn or aborted, the South Korean SBS documentary team reported last year.

The San Francisco Times reported that tests on these pills found they were comprised of 99.7 percent of human remains.

The tests could also establish the genders of the babies ground up to become pills.

Microwave-dried placenta is also sought after for its alleged ‘medicinal’ benefits, the Mail reports.

However, human flesh capsules contain super-bacteria and other harmful ingredients and should not be ingested.

In the U.S., buying and selling human body parts is a felony.

Interested in more national news? We've got you covered! See More National News
Previous Article Louisiana has three income tax brackets, with the top income threshold reaching $50,000
Next Article COURVILLE: Teachers’ Unions Would Rather Fight For JBE Than Their Membership