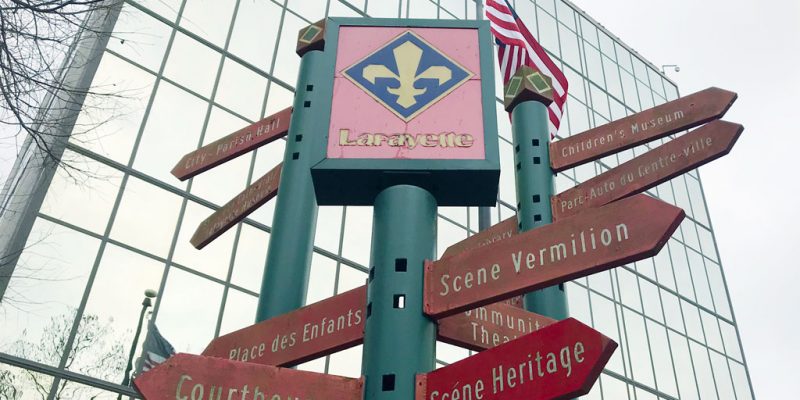 The changes made by the Lafayette City/Parish Council, and approved by voters by a narrow 6% margin, has some deep problems. Months ago, elected officials fended off a suggestion that such a fundamental transformation of local governance was careening toward the ballot much too quickly. “We’ve been working on this for years,” they would respond at the numerous town hall meetings. If this is the result of years of careful planning, then it must be a government form of Sprezzatura: a stratagem of making the results of arduous preparation appear as if carelessly thrown together at the last minute.

The registrar of voters has identified fifteen issues. Each one is significant enough to force the modified home rule charter back onto the ballot. It’s important to note that these challenges all have to do with the voting district descriptions being codified inside the home rule charter. Any amendment to the home rule charter, no matter how minor, must be returned to the voters for approval. It’s a complicated process that starts with a council vote at an official meeting, announcing their intention to amend the charter. Typically, at least two weeks would lapse between that announcement meeting and the meeting where an ordinance and resolution are voted on.

In order to get all this fixed before city and parish representatives can be elected on October 12th, an amendment fixing the problems would have to be put on the May 4th ballot. The Secretary of State’s deadline for that to happen is March 11th. To pull it off, the next scheduled meeting of March 12th is the day after that deadline – and the amendment process requires two meetings. They would need to call a special meeting almost immediately (which has its own notification timetable), and vote on final adoption during the week of Mardi Gras.

From there, the Secretary of State would call an ad-hoc meeting of the bond commission the morning of March 11th to rubber-stamp the charter amendments. If even one element of that process doesn’t take place, the main purpose of amending the home rule charter wouldn’t be able to take effect until 2023. That purpose is splitting the council into two separate councils for the city and parish. Even if everything goes swimmingly the voters would still need to approve the modification by ballot on May 4th.

That’s great, but the rules say modifying the charter now would be illegal!

According to Lafayette’s home rule charter‘s section 7-03E, “Upon passage or rejection of a proposal by the voters, at least one (1) year shall lapse before the same issue can again be submitted to the voters.” That approved proposal was about nothing if not redistricting. The home rule charter was amended to include actual precincts (incorrect precincts) for each newly redefined district. If the voters were faced with redistricting in the December vote, the rules say they can’t vote on it again until December of 2019. Considering the election to install the council is happening in October, and there’s not even an election in December of 2019… well, you get the idea.

What are the problems with the current charter?

Up to now, we’ve identified the nearly impossible to overcome challenges necessary for modifying the charter. Now let’s delve into why it needs to be modified. According to the Registrar of Voters, the major issues are fourfold. If you’d like to follow along, Lafayette’s new home rule charter can be viewed here. The district descriptions start out in section 8-01, on page 58. 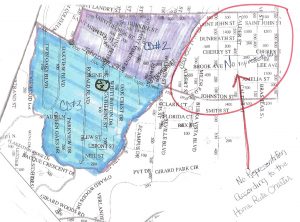 So much for the story they’ve been working on this for years. There are also 11 “minor” issues that are still major enough to stop the new home rule charter from being implemented unamended. Here they are by district:

Under the rules, this just can’t get done by the currently seated council. Because the specific charter issues can’t be amended twice in the same twelve-months, it will be January before bringing it up again is allowed. That’s when a new City/Parish Council of nine members will be seated. It will be on them to decide if they should take this up again.