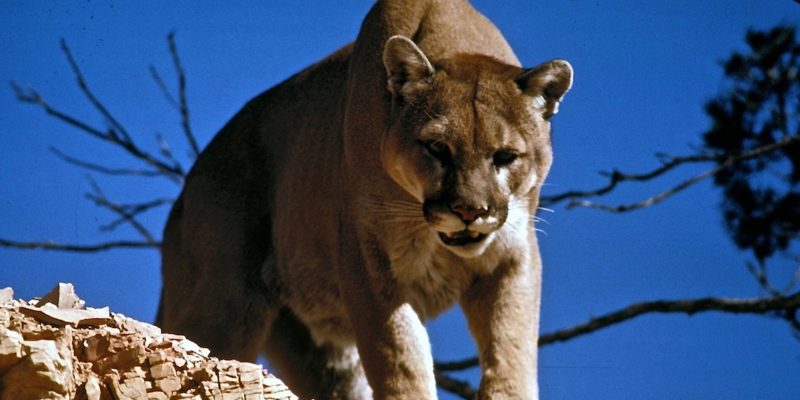 When Travis Kauffman, 31, moved to Fort Collins, Colorado five years ago to enjoy the outdoor lifestyle, he did not have in mind what took place on February 4 on a trail near Horsetooth Mountain Open Space.

It was on that day that he heard rustling in the brush nearby and deep down Travis knew something was horribly wrong as he says his heard sank into his stomach.

The cougar was just 10 feet away according to Kauffman who decided to throw up his arms and yell in an effort to scare the dangerous animal away.

Instead, the predator attacked him, biting down on his forearm as he protected his face. Sharp claws slashed at him as he struggled with the beast.

His attempt to throw the animal off of him led to the two tumbling down a hill, wrestling for the dominant position. Upon gaining it, Travis pinned down the cat and struck it in the head with a rock but it still didn’t let go of his arm:

“It really clicked after I hit it in the head with a rock and it still didn’t release my wrist, that at that point, more drastic measures were necessary.”

Travis was able to press his foot down on the beast’s neck, suffocating it and gaining control of his arm again. 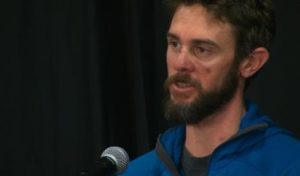 Kauffman said he refused to accept defeat and took advantage of his adrenaline:

“There was a certain point where I just kind of imagined being stuck on this hillside and eventually just having a cat gnaw at me, which is a creepy way to go. But, for the most part, the adrenaline just kept kicking in at those moments.”

He was forced to run three more miles after the attack where he was aided by another runner and eventually taken to the hospital. Doctors treated him for a bloody gash across his face and multiple puncture wounds including two dozen stitches on his cheek, nose, and wrist.

Interested in more national news? We've got you covered! See More National News
Previous Article GURVICH: What Is A “Moderate Democrat” These Days, Anyway?
Next Article It Seems Like Anthony Davis Is Doing Everything He Can To Screw The Pelicans Over…