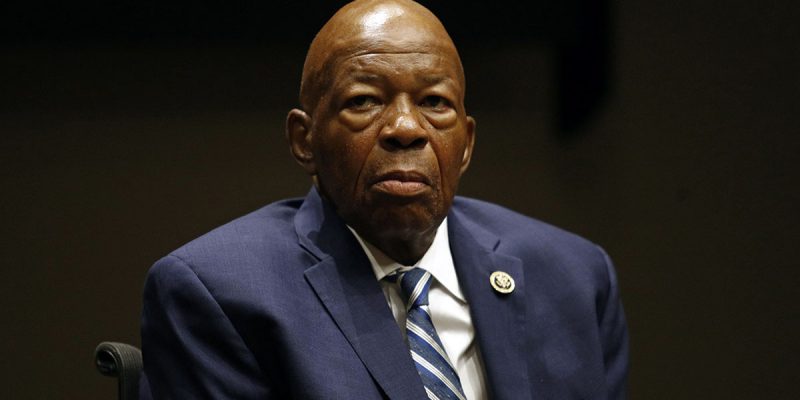 You’ll probably remember that Stacey Abrams, the socialist Democrat who ran for governor of Georgia last year despite owing nearly $200,000 in back taxes and having no executive experience of note, lost her election to Republican Brian Kemp by almost 55,000 votes. You’ll probably also remember that Abrams put on a sole loser act that would shame Al Gore, refusing to concede the election and proceeding to start a “voting rights” group to fight “voter suppression” like that she continues to allege happened in Georgia.

Well, this week the Democrats in charge of the U.S. House of Representatives, in the person of House Oversight Committee Chairman Elijah Cummings – he’s the Baltimore Democrat who put Michael Cohen on the witness stand last week to dish dirt on President Trump while the latter was in Hanoi trying to cut a nuclear deal with the North Koreans – are now attempting to bolster Abrams’ claims. Whether that’s an attempt to add to her stature within the Democrat Party, building on the Democrats putting Abrams forward as the speaker in response to Trump’s State of the Union speech, we can’t say.

But what we can say is Cummings’ latest move will not likely contribute to bipartisan unity on Capitol Hill.

The House Committee on Oversight and Reform announced Wednesday it is launching an investigation into allegations of voter suppression in Georgia during the 2018 elections.

“The Committee on Oversight on Oversight and Reform is investigating recent reports of serious problems with voter registration, voter access, and other matters affecting the ability of people in Georgia to exercise their right to vote,” read the letter, which was sent to Georgia Republican Gov. Brian Kemp’s office.

“[T]he Secretary of State’s Office reportedly cancelled voter registrations for more than 1.4 million Georgians, including 670,000 in 2017 alone. In 2018, 53,000 Georgians, most of them minorities, who tried to register had their applications placed on hold by your office,” the letter continued. “In addition, county and state officials have closed more than 200 polling places across Georgia since 2012.”

A separate letter was also sent to Republican Brad Raffensperger, who took over Kemp’s position as Georgia secretary of state following the midterm elections.

The issues brought up by the Oversight Committee — which is chaired by Maryland Democratic Rep. Elijah Cummings — closely mirror complaints made by Stacey Abrams since her election loss to Kemp in November.

Abrams lost her gubernatorial bid to Kemp by over 54,700 votes. However, the former state representative and romance novelist has repeatedly accused Kemp of suppressing Democratic and minority voters to sway the election in his favor. Abrams has gone on to form a voting rights group to change the state’s election laws, and she has used her activism to remain in the national spotlight as she mulls a possible 2020 campaign for the Senate.

Much like Abrams’s accusations, the Oversight letter appears to blame Kemp for developments that are outside of the Georgia secretary of state’s authority.

The decision whether to open, close or consolidate polling stations in Georgia is completely determined by county boards and superintendents — not by the secretary of state’s office.

The Oversight letter specifically cited an instance where officials “reportedly considered closing nearly all polling sites in one majority African American county, although they ultimately relented after public scrutiny.” This was in reference to Randolph County, a Democratic-leaning and sparely populated county where less than 3,000 people voted in the last election.

A consultant had suggested before the midterms that the county eliminate seven of its nine polling sites in an effort to save money. Not only does the secretary of state’s (SOS) office not have authority in that decision process, but an official from the SOS office wrote a letter to the county’s board of elections and recommended they vote against the idea — which they ultimately chose not to do.

Georgia has “use it or lose it” laws, which means if you go a long time without voting they’ll put you on “unverified” status and if you turn up at the polls you’ll need to show an ID to vote. That’s a measure designed to prevent voter fraud and it’s a sensible one – if you’re looking to send people from precinct to precinct to stack ballot boxes it’s a lot easier to avoid getting caught if they’re voting for people who never show up, and when somebody who hasn’t voted in 10 years turns out to vote it’s often a decent bet there is fraud involved.

This is known as “voter suppression,” according to today’s Democrat Party. And we’re now going to have a knock-down, drag-out fight in the House Oversight Committee over whether any attempts to police the voter rolls or keep elections honest are evidence of bigotry and so on.

The Republicans on that committee are going to be out for blood. Jim Jordan is the ranking member on House Oversight…

“It’s highly unusual for a Congressional Committee to involve itself in a state’s election. This is squarely in the purview of the state of Georgia, not the House Oversight Committee. We can’t help but think that attempts by the Democrats to insert the Committee into the state’s business is an attempt to relitigate an election result that they do not like,” Jordan said in a statement to TheDCNF.

So here we go. Get ready for another congressional hearing that devolves into a screaming match.