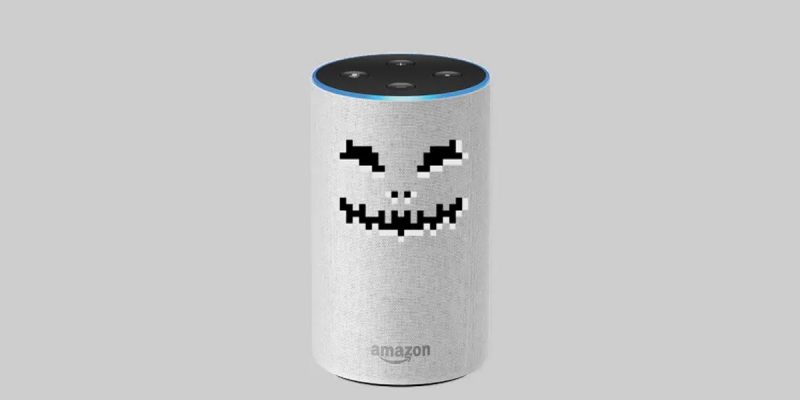 The worst fears of privacy advocates were confirmed this week after a Bloomberg report noted that Amazon employs thousands of specialists to decipher private conversations picked up on different types of Echo speakers. Of course, these devices use an automated assistant named “Alexa” to respond to requests for information, to play music, to turn off the lights and perform countless other tasks. All of this interaction with an Artificial Intelligence (AI) device is supposed to make life easier, not allow for a sophisticated spying operation.

This bombshell news should alarm every one of the millions of Echo users worldwide. In a quest for convenience and to achieve a “smart” home, customers have sacrificed a tremendous amount of privacy. Intimate details of family life, embarrassing conversations, spousal arguments or complaints about a boss or co-worker should remain private and not be heard by a nameless Amazon employee in a listening center thousands of miles away from home.

What about political opinions? If people are concerned about potential retaliation for controversial views and want to keep those beliefs confidential and not be heard outside the confines of their home, they should not plant a listening device named Alexa in their living room.

Potentially, in the not too distant future, in a country where citizens are not guaranteed constitutional rights, a person’s private political beliefs may be discovered, and it may be determined to be unacceptable to government authorities. For example, supporters of candidates opposed to the political establishment or the “Deep State” may be harassed or even imprisoned.

The Amazon speakers are similar to ones made by Google and Apple. The devices are set to listen for various directives from users. The trigger to begin recording is a “wake command” from a user. However, there are occasions when major mistakes occur. Last year, an Amazon customer reported that a conversation was recorded without permission and emailed to a company representative in Seattle. Fortunately, it was a harmless conversation, but it might have turned into a disastrous situation for both the customer and Amazon.

These intelligent assistants cost more than the actual price tag at the online site or retail location. The true price is the total loss of privacy that any property owner should expect at home. Once one of these devices is installed, conversations can be monitored, and that prospect should be absolutely terrifying to every customer.

The Orwellian implications of this news cannot be overstated. According to the Bloomberg article, Amazon employs their expert listeners in unmarked buildings located in both the United States and in foreign countries such as Romania and Costa Rica. Obviously, Amazon has tried to keep this activity secret. If it wanted to advertise these controversial practices, their listening centers would have been adorned with Amazon signage and customers would have been alerted that their conversations may be recorded. Instead, it has been a big secret, until now.

While Amazon claims that only a small percentage of customers are the victims of this vast spying operation, the true numbers are unknown. It seems that each professional listener spends nine hours a day monitoring up to 1,000 recordings. Thus, the scope of this operation is vast and should be a concern to every American who cares about privacy and is worried about the power of big corporations or even big government.

Amazon claims that it does not act against customers even if evidence of criminal misconduct is heard by their teams of professional eavesdroppers.  These specialists are not allowed to contact police or any law enforcement authority no matter what information is heard. However, it is conceivable to envision a future when these recordings are regularly shared with government officials.

Currently, the conversations are recorded and transcribed by Amazon employees for one main purpose, to use the material gathered to improve the capabilities of the Echo speakers. According to an Amazon representative, “this information helps us train our speech recognition and natural language understanding system, so Alexa can better understand your requests, and ensure the service works well for everyone.”

This rationale is ludicrous as a system that records and transcribes private conversations does not work “well for everyone.” According to a Daily Mail report, the Echo devices are so sensitive that Amazon employees are able to hear when customers are singing in the shower or when they are engaged in very confidential conversations.

Hopefully, this potential disaster will be addressed by the United States Congress and political leaders from all over the world. While Amazon has every right to improve the capabilities of their devices, they should have no right to spy on customers and record their conversations. It is 2019, but if we don’t act, it will become 1984, an Orwellian nightmare where Big Brother reigns supreme.

Interested in more national news? We've got you covered! See More National News
Previous Article Downtown Houston’s Discovery Green named among this year’s ‘Great Places in Texas’
Next Article Up to 500 firefighters could be laid off in order to implement Prop B