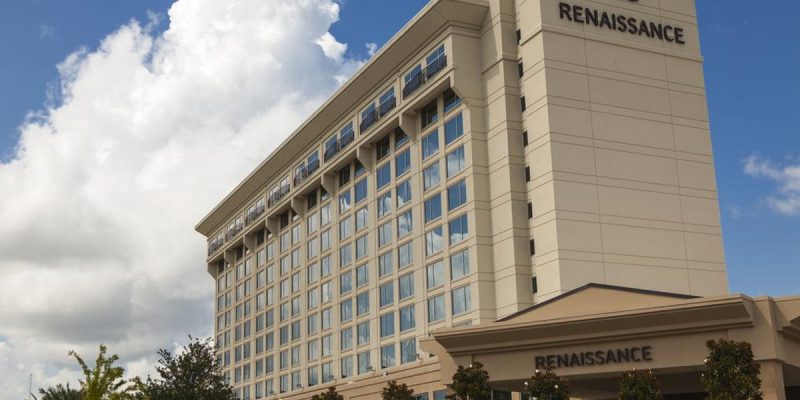 Hello, and welcome to the fourth annual Hayride Spring Dinner.

I see a lot of familiar faces in the audience. Many of you were with us for the first of these, held here at the Renaissance Hotel, back in 2016. We’ve grown considerably since then, for which I’d like to thank you. Your support at this event and the others like it – as you know we’ve turned the event side of our operations into a tour of Louisiana that will make eight stops across the state this year – are what makes The Hayride possible. In fact, starting in June we’ll be escaping the bounds of the Bayou State with an event in Houston, and we’ll make three more stops in Texas this year, including an event in Austin the Friday before LSU beats the pants off the Texas Longhorns in September.

And as those of you who are veterans of Hayride events are surely aware, our old friend the weather has decided to make our acquaintance again with this event. We’ve had rain, we’ve had wind, we’ve had hail…we haven’t had snow. I’m not sure about the exact count but so far we’ve done 13 Hayride events the past four years and 10 of them have been affected by the weather. Call it a curse if you want, but I have a different definition.

Today the sun managed to poke out a little this afternoon, but the damage was done, unfortunately. Especially to our friends in Ruston, who had a vicious F3 tornado rip straight through the middle of the city. That emergency has cost us one of our speakers. It’s regrettable, but Doc Abraham won’t be with us tonight because he’s there helping to coordinate the federal response to that storm, which has taken at least two of our friends from us.

Our prayers are with those who have lost everything. And our thanks go to Congressman Abraham for all he’s doing to help the victims there.

But here in Louisiana we are used to things not going our way. We’re at the mercy of the Mississippi River’s mighty power, despite our efforts to rein it in, we’ve constantly got an eye out for what might be lurking in the Gulf of Mexico, this time of year we’re casting a leery eye at the man-made disasters awaiting us at the State Capitol. This is a place where danger awaits even from nice old men in black and white striped shirts with whistles around their necks. Snakes, alligators, nutria, John Bel Edwards – sometimes it seems we can’t catch a break.

And there are three basic ways we can deal with what the elements throw at us.

First, we can just accept our lot in life. After all, this is a place where we’ve gotten pretty good at coping with our surroundings. Do you realize that elsewhere around the country they think of crawfish as nuisance animals and an invasive species? What a bunch of babies. Of course, if you’ve seen the way Yankees and Tennessee rednecks try to boil mudbugs on the cooking shows you can get an understanding of why they see it that way.

We don’t have that problem here. We adapt and overcome, because we know there’s nothing you can’t improve with a little fighting spirit and some Tony Chachere’s. And while Louisiana might bring up the rear on all those public policy performance metrics, those only apply until Friday at 5:00. After that comes the weekend, and nobody – NOBODY – does it better than we do. LSU and the Saints will surely make up for a lot of adversity, and if that doesn’t work there’s always a festival or a party to look forward to.

The second way of dealing with our special circumstances is something a little less enjoyable but, sadly, a lot more prevalent these days. And that’s picking up and leaving. Louisiana’s population is down about 11,000 people, and the main cause of that number is that over the past three years since Gov. Edwards took office we’ve had 68,000 more of us pick up and leave than we’ve taken in from other states. There is reason to think that number is accelerating; in John Bel’s first year we lost 11,000 to net outmigration, and in his second year that jumped to 27,000. Last year it increased again to 28,000.

Because that’s when the word gets put out in Houston, Tampa, Dallas, Nashville and Atlanta that they’re paying top dollar for professionals and skilled workers, and when you have no such labor shortage in a slow economy here what happens is the local U-Haul franchisee turns into the richest guy in town. That’s what happened to us in the late 1980’s, when the joke was that the last one out of Louisiana had to turn out the lights, and it’s starting to happen now.

There are a lot of things John Bel Edwards needs to answer for in this year’s election, but if and when that four-year net outmigration number hits 100,000, which it’s pretty likely it will, that will be the worst of them.

But while we don’t begrudge those of us who’ve chosen to join what we call the Texodus, what we’re here for is to champion and celebrate the third option.

Which is to fight.

The Saints didn’t take getting that Super Bowl bid stolen from them, they went out and hit the free agent market and reeled in Jared Cook and Malcom Brown. LSU got a game stolen by Texas A&M, and went out and stole the Aggies’ athletic director in retaliation.

And this fall, the people of this state have a chance to take back our destiny from mistakes that were made four years ago. We’ve got a golden opportunity to create the best legislature we’ve ever had this fall, and we’ve also got an opportunity to put a good man in the Governor’s Mansion to create the kind of renaissance we’ve been looking for around here for decades. We don’t just think that’s possible, we know it is, and it’s what keeps us going through all the adversity we’re used to around here.

After all, that man in the governor’s mansion who’s siccing trial lawyers on our energy industry, fighting attempts at tort reform so we don’t drown in car insurance premiums and killing us with tax increases and runaway government, is sitting at a very vulnerable 47 percent in the Morning Consult gubernatorial approval ratings released today. He hasn’t gotten above 50 percent in any poll done on the governor’s race in the past year – either against Ralph Abraham or Eddie Rispone, or against a generic Republican.

And you can tell the governor’s camp is nervous. So nervous, in fact, that he had Jay Dardenne, his Commissioner of Administration, get together with his hand-picked chair of the LSU Board of Supervisors, pull off a coup to run Joe Alleva off and replace him with Scott Woodward after noting how mad LSU fans got over the Will Wade suspension. He’s likely to do the same thing with F. King Alexander in a few weeks. He got the folks down in New Orleans to delay the opening of the new airport there until after the election, in the knowledge that doing so would immediately bring traffic jams because he hasn’t even started construction on the flyover ramps to access the airport from I-10, and that would create a political crisis he couldn’t escape from.

These are the kinds of things you do when you’re scared. And he is. You can smell that fear on Twitter – he’s got his campaign surrogates Erick Holl, Richard Carbo and Stephen Handwerk, who I call the Mean Girls based on the way they act, throwing hissy fits at every criticism he gets. It’s not confidence. It’s something else.

So here’s to overcoming adversity, and here’s to the thrill of the fight. It’s an election year in Louisiana, and we do it like nobody else.