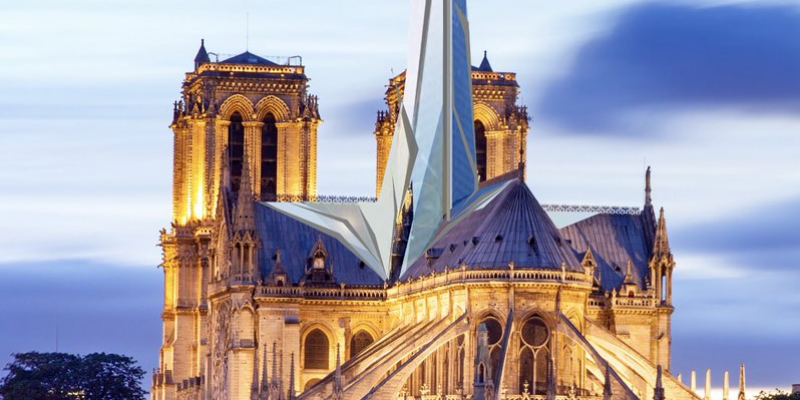 As if celebrating one of the Boston bombers on the front cover or promoting false rape allegations wasn’t enough, now Rolling Stone is villainizing the history of the West.

Sources consulted by the once-relevant music and pop culture magazine are hailing the burning of Notre Dame cathedral as “liberating” — an opportunity to rebuild the “stodgy” edifice in a way that doesn’t glorify Judeo-Christian values, or “medieval catholicism and aristocracy” (which, by the way, may never have existed).

According to interviews given front-and-center attention in a feature article, Notre Dame was described as not a triumph of Western civilization or an important part of a march toward greater human freedom but “a deep-seated symbol of resentment.” Any renovation effort must, according to those interviewed, “be dealt with critically” and represent the viewpoints of a “divided France” (e.g. a growing Islamic population, atheism, agnosticism, radical secularism, etc.).

(As an ironic side-note, a vehement pro-atheist movement that re-branded Notre Dame as “the Temple of Reason” when Catholicism was banned during the French Revolution in 1792 chose not to destroy any monuments or radically alter the building aside from some adding a few inscriptions and statues of their own. Today’s iconoclasts are not nearly that tolerant of their heritage.)

The article then gave voice to some bizarre conspiratorial ramblings about a Judeo-Christian France that apparently exists only in the minds of wishful conservatives.

“Any rebuilding should be a reflection not of an old France, or the France that never was — a non-secular, white European France — but a reflection of the France of today, a France that is currently in the making. ‘The idea that you can recreate the building is naive. It is to repeat past errors, category errors of thought, and one has to imagine that if anything is done to the building it has to be an expression of what we want — the Catholics of France, the French people — want. What is an expression of who we are now? What does it represent, who is it for? …'”

Though favoring rebuilding the cathedral in a historically accurate way, the devil is in the details of the above suggestion — i.e. that the spire was built in the 1800s as a rebuilding project and should, thus, perhaps be done away with (an effort that is already apparently underway), and that other renovation attempts were designed to make it into “a monument to a deeply flawed institution and an idealized Christian European France that arguably never existed in the first place” (thereby justifying any new monument-building on the site).

“The building was so overburdened with meaning that its burning feels like an act of liberation,” said another Harvard academic quoted by the article.

“… The cathedral has been viewed by some as a stodgy reminder of ‘the old city — the embodiment of the Paris of stone and faith — just as the Eiffel Tower exemplifies the Paris of modernity, joie de vivre and change,'” the article conjured via a New York Times columnist.

This denial matches a general, guilt-based disdain for Western culture that is also en vogue among today’s Progressives. USA Today chronicled the astounding and rapidly mounting resistance to high-profile pledges to finance the rebuilding of Notre Dame: “the speed and scale of those donations has sparked a debate about income inequality and the worthiness of the cause” (as if that’s a bad thing).

French President Emmanuel Macron has said he wants Notre Dame rebuilt in five years, according to the article, but the effort may take decades, if not a lifetime.

Notre Dame, the most famous Gothic cathedral from the Middle Ages, was built over a nearly 200-year span beginning in 1163 under King Louis VII, the article reminds the reader: “A tourist destination known for its spectacular stained-glass windows,” (among other things). The cathedral has survived the French Revolution, World War I, and World War II. Time will tell if it survives the 21st Century’s self-loathing liberal revisionism.