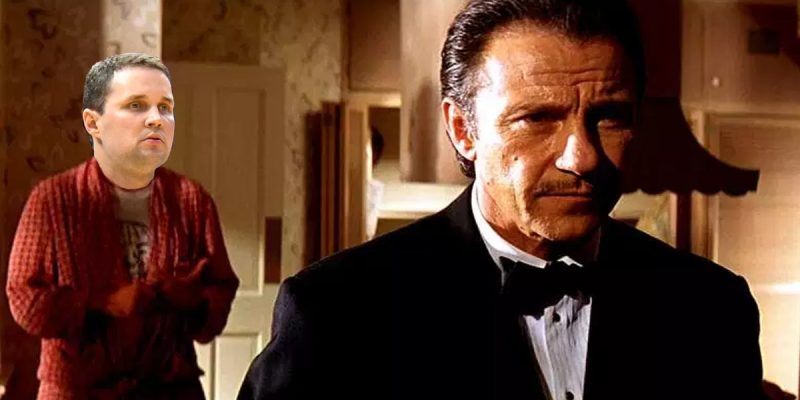 … one might argue it’s considerably too late, given that with Wade suspended LSU’s basketball team went from 25-5 with him to 3-2 without him at the end of the season – leaving fans to wonder what might have been given a Sweet 16 finish which might or might not have been more.

But while it’s arguable that Tony Benford got as far in the NCAA Tournament as Wade would have – Michigan State looks like a pretty tough out for just about anybody, after all, and the Spartans laid a pretty heavy beating on LSU in that Sweet 16 contest – what isn’t arguable is that LSU’s basketball recruiting will be catastrophic if Wade isn’t on hand to supervise it when the dead period ends on April 11.

And that’s likely a pretty key driver in the current plans for Wade to have the long-awaited meeting with LSU’s administration and NCAA representatives to talk about the much-discussed “strong-ass offer” he’s reportedly on an FBI transcript describing to federal defendant Christian Dawkins, per a Yahoo! Sports article appearing last month which threw LSU’s basketball program into its current state of limbo.

Wade and the LSU administration are now set to have that meeting next week, and possibly as soon as Monday, (EDIT: now we’re hearing Thursday) according to our sources. A Sports Illustrated piece by Ross Dellenger describes another major driver in why that meeting will be held…

LSU and suspended basketball coach Will Wade are working toward a meeting, multiple sources told Sports Illustrated, a somewhat stunning development initiated, in part, by the coach’s new attorney. Steven Thompson, a Chicago-based lawyer known for his work with coaches in NCAA matters, is now representing Wade and is spearheading discussions with university leaders. The news comes a week after the Tigers’ season ended in the Sweet 16 and nearly a month after school officials placed the coach on indefinite suspension for declining to cooperate in an internal investigation regarding a wiretapped phone conversation between the coach and a recruiting middleman. Thompson also represents Arizona coach Sean Miller and Auburn coach Bruce Pearl, who like Wade were both caught in the FBI’s probe into the seedy underworld of college basketball.

Do some reading-up on Thompson and he very quickly begins to come off like Harvey Keitel’s famous Winston Wolf character from the cult hit movie Pulp Fiction – a “cleaner” who gets brought in to solve seemingly intractable problems. Thompson’s work keeping Miller and Pearl afloat amid the fallout from those FBI wiretaps producing more damaging information on both than has so far affected Wade would mark him as exactly the new influence this situation needs.

Wade’s previous counsel took the position that because he’s been subpoenaed by the defense in the Christian Dawkins trial set for later this month that he can’t discuss any of the items he might be asked about as a witness in that trial – and legally that might be good advice, since it would keep Wade out of any potential perjury traps which could arise. But that’s not Thompson’s strategy at all – he counsels clients to be open with the NCAA and get their story out fast.

It’s clear that while the first attorney’s focus was to limit Wade’s exposure to legal danger, that would carry a cost the coach wasn’t prepared to bear – because the longer the resulting stalemate lasted, the less likely it would be that it would end with Wade holding his job. And from LSU’s perspective, as SEC rivals Alabama (Buffalo’s Nate Oats) and Texas A&M (Virginia Tech’s Buzz Williams) have been busy landing hot names to upgrade their coaches, the stalemate with Wade threatened to plunge the program into the league cellar with no prospect of being able to replace Wade with a competitive hire.

Having Thompson to help orchestrate that meeting and put Wade in good standing with LSU – and also to come up with a workable strategy for dealing with whatever NCAA investigation might be coming – is the first real bit of optimism for the basketball program’s future LSU fans have had in a month.

And with the recent developments surrounding the program, including word that Benford will be joining Williams’ staff at Texas A&M, and the announcements of Naz Reid and Tremont Waters that both will be turning pro (neither of which were unexpected and probably weren’t contingent on Wade’s status), LSU fans badly need something to hang their hats on.

As Dellenger’s piece notes, Wade’s suspension has been a public-relations disaster with LSU’s fan base…

In the immediate aftermath of the decision, university leaders received dozens of emails from disgruntled and angry fans, many of them calling for administrators to resign or be fired while others announced their plans to stop financially supporting LSU athletics. Meanwhile, in an email from his sports agency to LSU officials, one current college coach expressed interest in replacing Wade. Sports Illustrated obtained the emails through a public records request for emails received and sent by president F. King Alexander, athletic director Joe Alleva and members of the LSU Board of Supervisors, a powerful 16-member body that makes significant school decisions.

The outrage from fans poured into LSU inboxes, some of them full of vulgar language and threatening messages. In just a four-hour period following the suspension announcement, officials received more than 50 emails about Wade, just two of them in support of the move. Over half of the emails demanded Alleva, Alexander or both men resign or be fired, and about a dozen conveyed the senders’ plans to withdraw their financial support from the school. Messages from LSU alums came from across the country: a professor at a university in Virginia, an attorney in Mississippi, an accounting manager in Alabama. Many referred to the decision as a “knee-jerk reaction” by LSU brass, and one man claimed to have rallied 15 other LSU donors in agreeing to pull their support from the department.

The donor support turns out to be an absolutely crucial factor here, as LSU just days ago announced the launch of what it hopes will be a $1.5 billion capital campaign – and so far that fundraising effort has been nothing short of a disaster. We’re told that virtually every call made by LSU’s fundraisers so far has ended in a “no” from the prospects being called, and most of the “no’s” come with an explanation along the lines of no confidence in the university’s leadership.

Alexander isn’t likely going anywhere, at least not while John Bel Edwards is Louisiana’s governor. He’s been instrumental in pushing Edwards’ tax increases through the legislature given his willingness to take a scorched-earth approach to selling LSU’s fiscal situation as dire in a way others might find counterproductive to the university’s interests. Edwards won’t reward that service with a firing unless Alexander were to become so politically toxic as to endanger his re-election, and while Alexander is unpopular with the public there isn’t much indication he’s that much of a liability yet.

But Alleva? Alleva is a different story.

Some $600 million of the $1.5 billion fundraising goal is supposed to come from the Tiger Athletic Foundation, meaning 40 percent of the intended capital raise has to come from the school’s athletic donors. And to say those are furious about the athletic director is grossly insufficient to describe the situation.

Let’s remember that a couple of weeks ago former Board of Regents chairman Richard Lipsey, who 40 years ago founded the Tiger Athletic Foundation and has been a big-money donor ever since, publicly called for Alleva and Alexander’s ouster. Lipsey on Thursday morning put out a quite cryptic tweet on the subject of Wade’s status…

This #LSU Basketball season began in tragedy and continued with turmoil. The family inside the locker room always showed dedication & teamwork. As we move forward with all the functions at #LSU by Putting LSU First the best days for all of #LSU are ahead. Richard Lipsey

This wouldn’t make a lot of sense until you put it together with information we’ve gleaned from our sources, which is as follows: Lipsey is apparently working with LSU Board of Supervisors chair James Williams on an ouster of Alleva which may, if Lipsey is successful, happen within days if not hours.

Alleva’s contract has about 15 months left on it, and he makes in the neighborhood of $750,000 per year. That would make a buyout worth something just south of a million dollars, which we’re told Lipsey has put together.

And in Williams Lipsey has an interesting ally. Williams, who prior to his ascension as the chairman of the LSU Board was probably best known for having been the attorney for Dorian Johnson, the accomplice of Ferguson, Missouri Black Lives Matter martyr figure Michael Brown; it was Williams who publicized Johnson’s allegation that Brown was shot by a police officer with his hands up attempting to surrender, and the resulting “Hands Up, Don’t Shoot” meme became a pervasive, and divisive, political slogan. Arising from that was what was ultimately known as the Ferguson Effect, in which police simply gave up attempting a forceful presence in dangerous majority-minority neighborhoods for fear of being involved in shootings of potentially unarmed suspects – the effect of which was a spike in violent crime in those neighborhoods and the needless suffering of innocent people therein.

All of this came to the notice of LSU’s fans because of a Dellenger article that appeared at SI on the day after LSU defeated Vanderbilt in the regular-season finale, the first game of Wade’s suspension. At that game Alleva was positively raked over the coals by the 14,000 LSU fans in attendance, and the Dellenger piece read as an attempt by Alleva to message that it was Williams, rather than Alleva, responsible for the decision to suspend the coach.

Which meant he more or less hung Williams out to dry, and likely put Williams in the line of fire from the fans. One would imagine the board chairman didn’t appreciate that much, and might well have decided he’d get on board with the idea of unloading Alleva.

And there is more to this, which is that Williams has lots of political connections to the New Orleans political elite, including the Morial clan – which is something LSU assistant athletic director Verge Ausberry shares, having married a Morial. So by moving Alleva and installing Ausberry as an interim AD Williams may well have pulled off a significant political coup which would have the benefit of pleasing a large number of the fans and potentially helping to kick-start that moribund capital campaign.

We’re not going to authoritatively predict the Williams-Lipsey play for Alleva’s job will bear fruit. It is definitely being discussed behind the scenes; multiple Hayride sources have confirmed that, and such a play would not go unresolved for long. Meaning we’ll find out soon whether Lipsey is a shot-caller or not, and whether Alleva is long for the LSU job or whether he would go quietly.

Either way, these are undoubtedly likely times at the Ole War Skule.