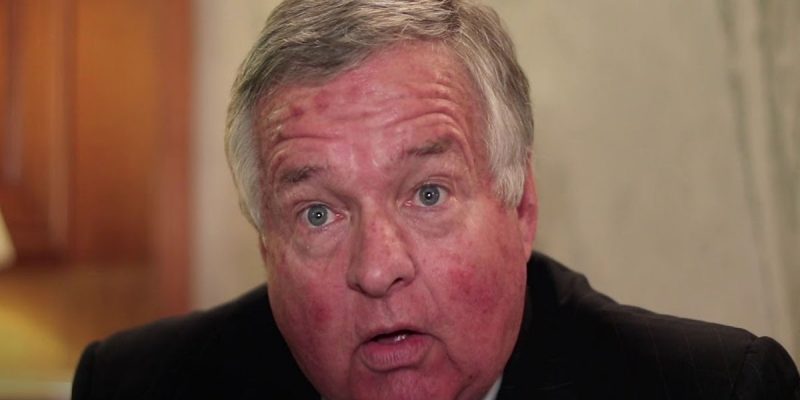 This is why we can’t have nice things. Let’s remember that fantasy sports went in front of the voters last year, and in 47 of the 64 parishes in Louisiana the people gave a mandate to the Louisiana legislature that they wanted it legalized.

But somehow, the will of the people in this state for something nobody seriously contests as immoral or harmful is being thwarted – not because anyone really believes it’s bad public policy, but because the status quo crowd isn’t satisfied with how much they get to wet their beaks from it.

We had a post a week or so ago here at The Hayride about how Alton Ashy, the lobbyist for the video poker establishments/truck stop casinos in the state, had fallen upon the fantasy sports issue with a demand that in Louisiana players of online fantasy sports contests through apps like FanDuel and DraftKings would have to go offline, and venture to his clients’ establishments, in order to play. That amendment went on to HB 459, the bill by Rep. Kirk Talbot (R-River Ridge) serving as the enabling legislation for fantasy sports, in the House Criminal Justice committee in early May, but Talbot got it stripped out on the House floor before passing the bill easily.

Then the bill went to the Senate, and in the Judiciary B committee it passed through with only a small degree of molestation – a miracle considering the makeup of that committee.

But yesterday on the Senate floor, a train wreck ensued.

People have conflated the fantasy sports bill with something largely unrelated – namely, a sports betting bill by Sen. Danny Martiny (R-Kenner) which was unceremoniously dumped in the trash by the House Appropriations Committee last week. Martiny’s bill had sought to legalize sports betting in Louisiana at the state’s land-based and riverboat casinos, plus its horse tracks, but an amendment by Rep. Dustin Miller (D-Opelousas) opened up sports betting to the video poker parlors – moving sports betting from about 20 potential locations to 2,800, and serving as a poison pill to the legislation. The committee then lustily voted down the bill, as much to reject Martiny, who is thoroughly unpopular in the House for a long string of past abuses and dirty political moves, as the idea of 2,800 places to lay down $50 on Boston College plus 13.

Martiny was clearly out of his element in the House Appropriations Committee. But he was on much friendlier ground on the Senate floor.

Therefore, with the help of his pal and mentor Senate President John Alario, Martiny grafted his entire sports betting bill onto Talbot’s HB 459, the fantasy sports bill. He did the same thing to HB 600, which is the bill providing the state tax on fantasy sports revenues (more on that in a second). There was no opposition to Martiny’s amendments – which tells you it was Alario’s doing, essentially as a giant “F You” to the House for killing Martiny’s bill.

HB 459 then passed the Senate with 24 votes. It goes to the House for a concurrence vote today, and the House will not concur – not with Martiny’s sports betting stuff on that bill. That sets up what’s going to be an all-out war of a conference committee on the bill, with Alario and Martiny sure to be on the Senate side and Talbot and Cameron Henry the probable House conferees. The other two members will decide whether a deal can be made out of this mess.

It’s virtually assured that the House will not provide a two-thirds vote for a 25 percent tax on anything.

So as of right now it’s exceedingly likely that legislation acting on the mandate of the people to legalize fantasy sports in Louisiana will not become law this year. And if that’s how it happens, you can blame Danny Martiny, John Alario and the video poker crowd.