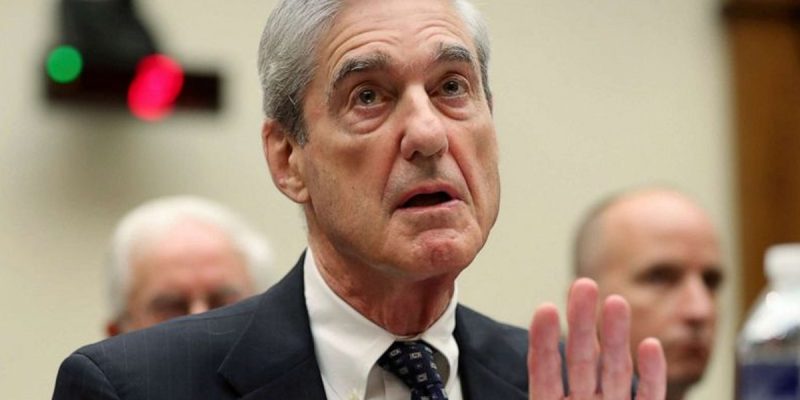 So now the Democrats and Socialists and their media pals are saying that the only reason Mueller didn’t indict President Trump was because he couldn’t be indicted as a sitting President. Even though Mueller says that that wasn’t the reason, they keep pounding it. California congressman Ted Lieu is one example…

During the hearing Wednesday, Lieu asked: “I’d like to ask you the reason, again, that you did not indict Donald Trump is because of the OLC opinion stating that you cannot indict a sitting President?”

Mueller responded, “that is correct.”

Mueller cleaned up his answer in his second hearing before the House Intel Committee:

“I want to go back to one thing that was said this morning by Mr. Lieu who said, and I quote, ‘you didn’t charge the president because of the OLC opinion.’ That is not the correct way to say it,” Mueller said. “As we say in the report and as I said at the opening, we did not reach a determination as to whether the president committed a crime.”

“I believe he fully understood my question,” Lieu told CNN’s Anderson Cooper Wednesday evening. “It was a logical extension of me getting him to establish the three elements of obstruction of justice were met and I think it’s what he actually believes. I think he may have walked it back because he understood that what that means is we got a felon in the White House and that’s what the hearing showed today, that Donald Trump committed multiple acts of obstruction of justice.”

Well, let Congressman Lieu and the rest of his friends answer this – Mueller could have indicted President Trump’s staff or associates, those who surely would have been in on the imagined obstruction but were not a sitting president, but he didn’t, did he? Surely Mueller, as a good prosecutor, would have loved to indict those around the President and then try to get them to roll over.

He indicted for lying to the FBI, for tax evasion, and for Russian intervention but not one indictment for obstruction by the President’s people. That speaks volumes.

Ask yourself why there were no indictments for obstruction at all; zero, zip, none? The answer is because he had no evidence of obstruction.

As the expression goes – The Party’s Over. Now the Democrats will have to demonstrate that they have some interest in governing and stop all this foolishness at our expense. If not they face electoral Armageddon next year.