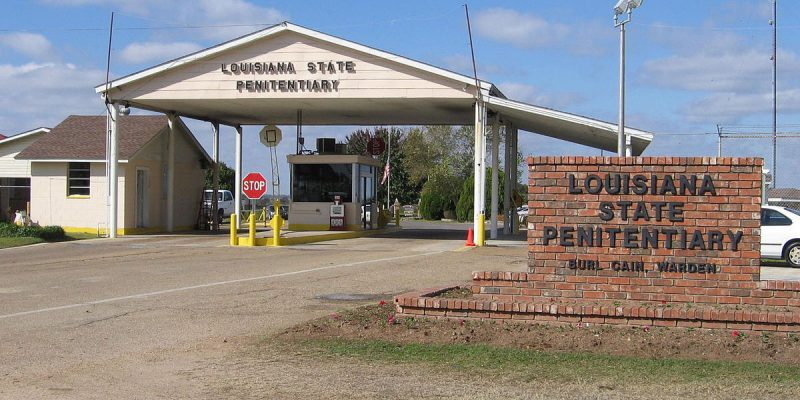 We’re passing along a message from a friend of The Hayride’s whose family is being victimized once again by a double murderer who seeks to escape full justice for his actions.

I need your help to send letters to the Louisiana Board of Pardons as soon as possible to keep the man who murdered my grandfather and great uncle in prison to serve out his life sentence (please see attached). Joseph Brown had a rap-sheet a mile long and was out on parole for armed robbery when he murdered my grandfather and great uncle in a planned armed robbery. He was originally sentenced to death on two counts of first-degree murder; however, when the Supreme Court disavowed death penalty convictions in 1972 (before reinstating it in 1976), Louisiana commuted his sentence to life in prison. Life in prison should mean exactly what it says, but it does not.

This hearing is the fourth time Brown is asking for release. My family’s only recourse to keep Joseph Brown in prison is to have as many letters as possible sent to the Louisiana Board of Pardons over the next few weeks urging them to vote against recommending his release to the Governor at the hearing on September 23rd. Please use the attached letter as a draft and make it your own, or simply sign your name and mail it to the Louisiana Board of Pardons at the address in the letter.

Brown is a career criminal and his only argument for release is that he has been in prison for a long time — but just last week there was an article of a 77-yr old convicted murderer who was released and murdered again. Brown should not be released.

This is the third hearing I will attend and speak at with my dad, who was 24 and at Fort Polk when he learned over the radio that his father and uncle were murdered. It is excruciating to see my dad forced to relive these moments as though they were yesterday each time we have to fight to keep Brown in prison. I can only help my dad with your letters and thank you in advance for helping us.

I greatly appreciate your time.

We’re going to send a letter to the Board of Pardons advocating rejection of Brown’s release, and it’s easy for you to do so as well. Click here for a Word document of the letter the family has provided; the mailing is in your hands.

As we’ve said, we’re largely on the fence about a lot of the criminal justice reform measures passed over the last couple of years in Louisiana; we agree that where there are nonviolent criminals who can be rehabilitated outside of the prisons it’s a way to save money and not waste human potential to stop the mass incarcerations of those people. And given that crime rates nationally are beginning to ratchet down from their peak in the 1970’s and 1980’s, we can afford to take a few chances on people who might not be inherently evil or dangerous. Whether John Bel Edwards and the ridiculously corrupt Louisiana Department of Corrections is capable of making smart choices along those lines is another question entirely, and one we’ve expressed much suspicion about.

But this case doesn’t even enter into the question of criminal justice reform. This is the case of a vicious double murderer who was found guilty and sentenced to death a long time ago. He was a violent criminal out on parole from an armed robbery conviction at the time of the murders.

This is who Joseph Brown is. From the New Orleans Times-Picayune’s article on his murder of Mark and John Falgoust dated Feb. 4, 1967… 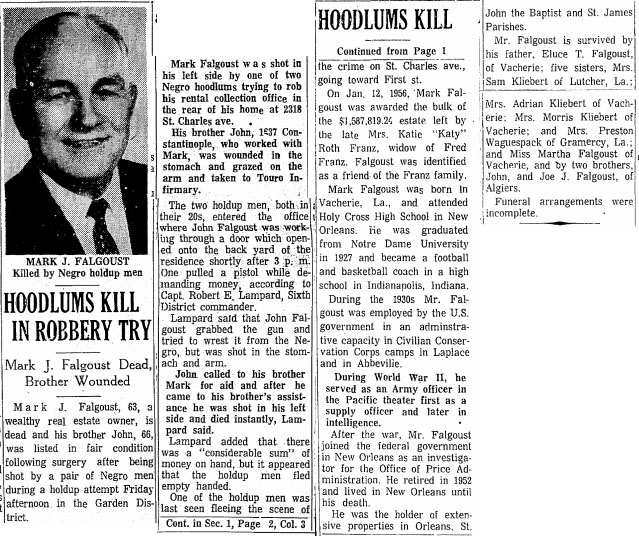 And here’s the T-P story from four days later, when Brown and his accomplice were arrested… 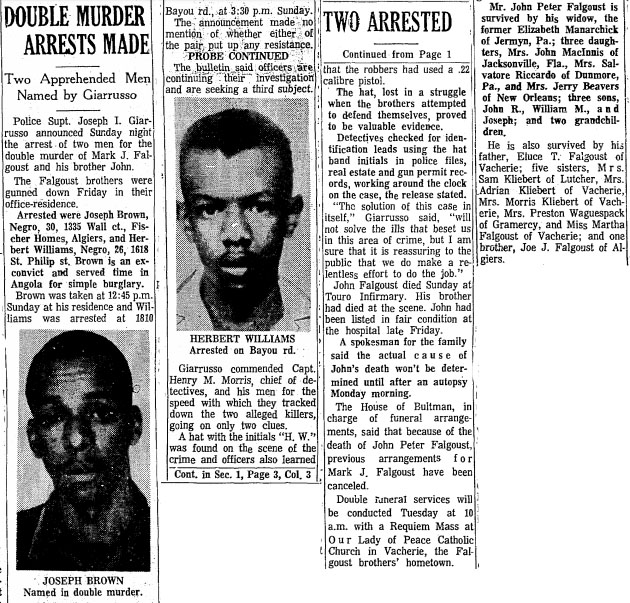 Finally, here’s the T-P story from July of that year when Brown and his accomplice were convicted… 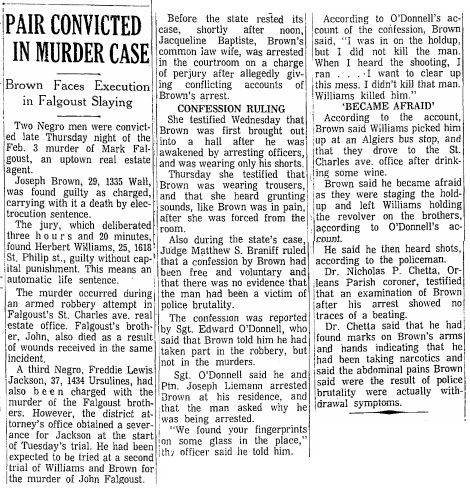 Call us heartless, but we’re not interested in letting this man out of jail. His victims can’t escape a lot worse fate thanks to his actions. And their families, who are dragged through this nightmare over and over again when he attempts to secure his release, are made to suffer repeatedly through the repercussions of what Brown did.

Let him stay where he is. Please help us make that happen.