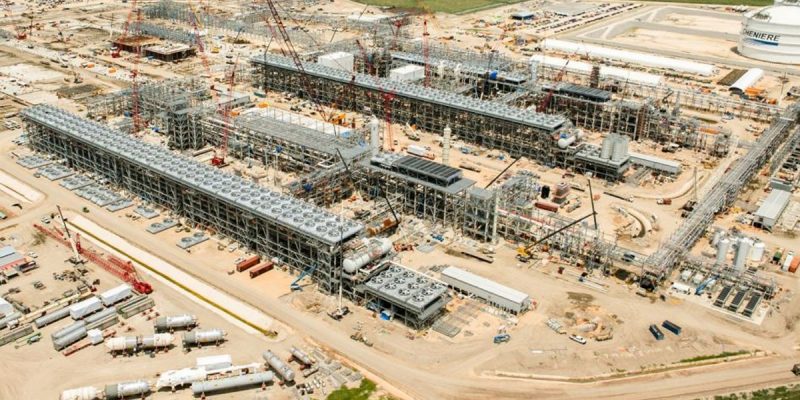 On Friday a report from the Associated General Contractors of America, using data from the U.S. Department of Labor, surfaced comparing the change in construction jobs from June 2018 to June 2019, identified Louisiana as the worst-declining state in the union over the past year.

Louisiana lost 12,300 construction jobs during that time period, an eight percent decline in just one year. No other state lost more than 3,400 jobs (Massachusetts, which had a 2.1 percent drop, was the next-worst). Forty-two states saw an increase in construction jobs.

There is an obvious and unmistakable takeaway to be had from that report, which is that the state’s industrial construction boom, touched off during the governorship of Bobby Jindal – who John Bel Edwards is basing his entire campaign around bashing – is over.

Louisiana isn’t just down construction jobs from this time last year. It was down in June from May to the tune of 1,800 jobs. The decline seems to be accelerating.

What’s happening here? Well, the large industrial construction projects let during Jindal’s time, which were fueled by the state’s Industrial Tax Exemption Program and led to some $170 billion in capital investments mostly along the Mississippi between Baton Rouge and New Orleans and in the Lake Charles area, are coming to completion. And nothing much else is in the pipeline to replace the economic activity those construction projects represented.

The plants themselves are coming on line, but those plants aren’t all that prolific a source of employment. More and more, industrial plants are automated and don’t need as many workers. It’s the construction process which puts scads of people to work, just like it’s drilling and exploration in the oil patch which is where the employment bump comes from.

Edwards’ policies since becoming governor were sure to dry up that construction pipeline, so none of this is a surprise.

He jacked the state’s sales tax to the highest level in the country. Those sales tax increases are construction tax increases. Tax anything more and you’ll get less of it.

Then there’s the tax increases on MM&E and inventory, which make the decision to site an industrial plant in Louisiana less desirable. That’s sure to dry up the construction pipeline.

And of course there was Edwards’ change to ITEP, which allowed idiot local politicians to extract pounds of flesh from companies like ExxonMobil and Shell in return for their approval for tax exemptions. In too many cases the companies looking to expand their facilities simply chose to invest in other states.

Everyone with a clue could see what was going to happen once Edwards cranked up his policy agenda. None of it was a secret. There’s a reason why the state’s economy shrank two years out of three and why Louisiana will likely have lost 100,000 people in net outmigration over the course of Edwards’ time in office. The only reason the state’s economy did as well as it did under Bobby Jindal, at least before the price of oil dropped and the bottom fell out of the oil patch, was all the capital investment in the industrial sector. And Edwards deflated that investment, so it’s all gone now.

This is problematic for John Bel Edwards, because his campaign narrative is built on trying to make the people of Louisiana believe that the state is booming because he raised those taxes and “stabilized” the government’s budget. If you think that the government having enough money to give out goodies to all the people who ask for it is the end-all and be-all of economic performance you might believe that narrative, and this kind of messaging might resonate with you…

But as the Advocate’s Sam Karlin noted, Edwards’ policy agenda has hardly been helpful to any of these economic development wins…

Karlin then did a bit of a deep dive into the companies involved in Edwards’ supposed “Bayou Boom,” and came up with several items which don’t smell all that great.

One of the companies mentioned in this spot is Module X Solutions, which was supposed to do a big expansion in Shreveport, creating 357 jobs. The company then laid off a bunch of workers and failed to create any of the new jobs, according to documents. (cont.) #lalege #lagov

In fact, the @LEDLouisiana, the Edwards administration’s own economic development department, actually *filed suit* earlier this year seeking to get its $1.4 million in tax incentives back from the company. #lalege #lagov pic.twitter.com/CumaRKBunl

And this Module X deal was actually announced under Bobby Jindal’s administration, in 2014. #lalege #lagov

Another project highlighted in the @DemGovs spot is Wanhua, which has drawn fierce opposition amid industrial activity in the mostly poor area. They recently accused local officials of holding a secret meeting about the project https://t.co/B72Xf60L0l #lalege #lagov

This video references an economic development project from Module X Solutions that was announced by Bobby Jindal and failed to create the promised 350 jobs. The @LouisianaGov administration is now suing the company. #lalege #lagov https://t.co/CnBVebdqxG

Meanwhile, Edwards is now touting his own workforce development initiative, which is strange seeing as though we’re beyond the current legislative session and it looks like it’s a bit late in the day to get anything actually done before the election – and one might be excused for thinking this is nothing more than a campaign promise.

The unions, that’s who.

So Edwards’ solution to the state hemorrhaging construction jobs is to promote more union membership. Just like a good Democrat.

Those other states which lost construction jobs in the past year? One of them was Mississippi. The others? Illinois, Maryland, Massachusetts, Connecticut, Montana and Vermont. Those are all deep blue states (Montana excepted, though it does have a Democrat governor) with heavy union membership.

Something tells us the construction jobs numbers aren’t getting better while John Bel Edwards is Louisiana’s governor. The question is whether the voters will notice this fall.

UPDATE: To add some fuel to the fire, the RGA sent along some additional information on the companies the Edwards camp and the DGA are touting economic development wins from. It’s safe to say the facts don’t really play nicely with the governor’s narrative…

* Opening a New Orleans office by 2020;
* Company was offered an incentive package

* Decision to move HQ from Houston to Louisiana made in December 2015 under Jindal;
* Company was offered an incentive package to secure both the HQ and a plant in Louisiana

* Decision to build plant came after three years of negotiations which began under Jindal;
* Construction to begin in 2019; Company was offered several million dollars worth of incentives;
* Members of the company’s board are members of the Chinese Communist Party;
* Local officials accused of holding secret meetings about the project.

* Construction of manufacturing complex to begin in 2019;
* Company was offered several million dollars worth of incentives

* Opened a New Orleans office in 2018;
* Company was offered a major incentive package