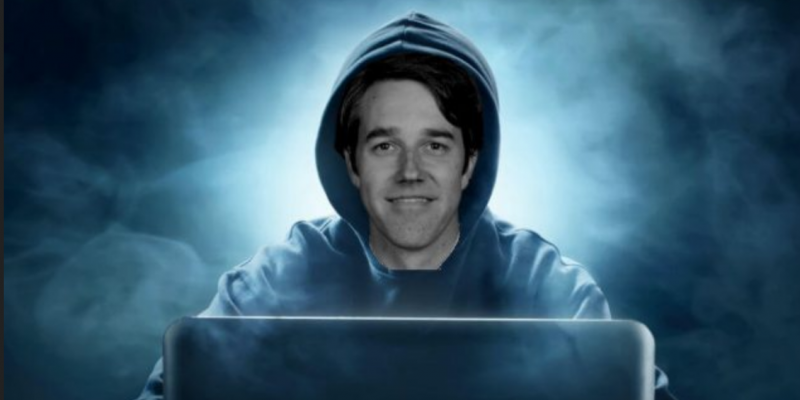 The report, only published after his failed Senate race last year, interviews members of a famous  “hactivism” group, Cult of the Dead Cow, who say O’Rourke was a member when he was a teenager.

More disturbing, it published an article O’Rourke wrote that fantasizes about killing children, and another sympathizing with Hitler.

This is apparently the face of the Democratic party: killing children and supporting Nazis.

More than a dozen members of the group agreed to be named for the first time in a book about the hacking group published this summer.

“There’s just this profound value in being able to be apart from the system and look at it critically and have fun while you’re doing it,” O’Rourke said, according to Reuters. “I think of the Cult of the Dead Cow as a great example of that.”

When he was a teen, O’Rourke also frequented sites that offered cracked software. The bulletin boards were “a great way to get cracked games,” O’Rourke said, adding that he later realized his habit wasn’t morally defensible and stopped.

Fantasizing about killing children
Another t-file from O’Rourke, written when he was 15, is “a short and disturbing piece of fiction,” Reuters states. O’Rourke wrote:

One day, as I was driving home from work, I noticed two children crossing the street. They were happy, happy to be free from their troubles…. This happiness was mine by right. I had earned it in my dreams.

As I neared the young ones, I put all my weight on my right foot, keeping the accelerator pedal on the floor until I heard the crashing of the two children on the hood, and then the sharp cry of pain from one of the two. I was so fascinated for a moment, that when after I had stopped my vehicle, I just sat in a daze, sweet visions filling my head.

In another piece, O’Rourke appears to be a self-proclaimed neo-Nazi who argues that Hitler was misunderstood and didn’t really want to kill Jews (although he ordered that they be killed specifically and referred to them as vermin).

These characteristics reveal a very disturbed mind, and most likely shaped the man who pretends to be Hispanic today. The problem with teenagers joining a cult, engaging in criminal activities, and fantasizing about murder, also reflects poor parenting. What kind of parents would allow their son to do these things without consequences?

O’Rourke’s ongoing commitment to making false statements can partially be attributed to his troubled behavior and beliefs as a teenager. Unchecked, they apparently fostered his delusional mindset evidenced by his embarrassing behavior and ongoing ludicrous comments.