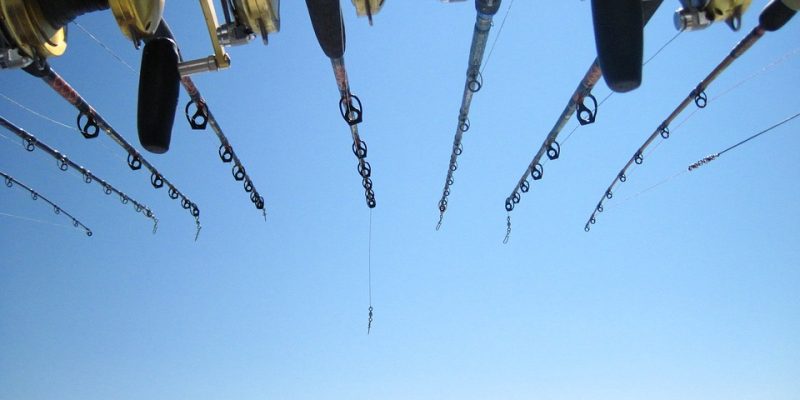 Sporting goods sales tax support of parks and wild areas
Proposition 5 (SJR 24)
“The constitutional amendment dedicating the revenue received from the existing state sales and use taxes that are imposed on sporting goods to the Texas Parks and Wildlife Department and the Texas Historical Commission to protect Texas’ natural areas, water quality, and history by acquiring, managing, and improving state and local parks and historic sites while not increasing the rate of the state sales and use taxes.”

While it is often unnecessary to single-out state programs with constitutionally designated funding, this proposition would set up an automatic “user fee” (more or less — see below) for Texas parks, wildlife areas, historic sites, and large county and city parks. It is the more efficient way to go.

Such facilities rarely become legislative priorities, and as such often go underfunded — the gradually sinking Battleship Texas as one prime example. Visitor activity is growing as the population keeps growing. In many cases, a state park or site of historic significance is a primary tourism generator for a small town or county. They are often major tourism draws from non-Texas places across the world. Keeping these parks and sites humming is a critical economic investment.

This proposition would keep additional state facilities from nickel-and-dime-ing visitors at gates and checkpoints, which can discourage visits and which requires an investment of manpower and/or technology. Having users pay up-front, as is done at larger state parks and places like Battleship Texas, may seem to be the more liberty-friendly solution. But it’s more costly (case in point: RF-based toll tags versus automated or manned toll booths). If visitors tend to purchase items prior to a visit to parks and historic sites — anything from fishing lures to folding chairs — then it only makes sense for retailers to continue doing what they already do and have that revenue reliably (see below) applied to parks and historic sites.

This is not a new tax. The proposition utilizes sales tax revenue already collected from sporting goods, even if it makes for a slight additional burden for the Comptroller’s office. In the event of a lean budget year, the amendment allows for the Legislature to, by a two-thirds vote, suspend up to 50 percent of the revenue to apply it to the overall budget. According to a legislative budget analysis, proceeds could be in the ballpark of $182 million by 2024. As of now, there is around $800,000 in deferred maintenance in Texas parks — dedicated funding would more than adequately plug that hole, even if diverted by a super-majority of legislators.

This amendment does not represent a significant uptick in funding: state law has since 1993 dedicated 94% of sporting goods tax revenue to go to parks and 6% to historic sites, but through general revenue. These percentages would not change. The complaint goes that general revenue does not provide a sure method of funding, and proceeds are often re-directed for other purposes by legislators. According to several observers, at least half of the revenue is often taken away from its intended sources.

According to the amendment’s language, a sporting good is “an item of tangible personal property designed and sold for use in a sport or sporting activity, excluding apparel and footwear except that which is suitable only for use in a sport or sporting activity, and excluding board games, electronic games and similar devices, aircraft and powered vehicles, and replacement parts and accessories for any excluded item.” That’s as clear as the Texas Gulf Coast water, but we suspect the Comptroller’s office will provide further guidance on this excise tax. We can predict some difficulty defining what constitutes a “sport,” as certain items (particularly hunting, fishing and camping) can double as emergency supplies or household goods (e.g. cooking ware). But this worry in itself is not enough to warrant voting against. And that’s why we have state agencies.

Another concern we have: will this prevent an additional number of parks and historic sites from nickel-and-dime-ing us at the gate?

• State parks in Texas received a record 9.7 million visits in fiscal year 2017. Chronic
underfunding of the state park system, however, has left many parks unable to safely and
adequately accommodate visitors. The constitutional amendment will help to ensure that
our parks have the resources they need to adequately fund deferred maintenance
projects, maintain appropriate staff levels, ensure visitor safety, and expand to meet the
needs of a growing population.

• Ensuring that the Texas Historical Commission continues to receive appropriate sporting
goods sales tax revenue will afford the commission the ability to properly manage and
maintain the many historic sites under the commission’s control.

• Although current law provides for the allocation of sporting goods sales tax revenue to
the Parks and Wildlife Department and the Texas Historical Commission, the amount of
that revenue actually appropriated by the legislature to the agencies is often substantially
less than the total amount of revenue derived from that tax. This discrepancy leaves the
agencies underfunded and unable to engage in long-term planning due to ever-changing
funding levels. Providing for the automatic appropriation of sporting goods sales tax
revenue will ensure that there is a sustained and predictable funding mechanism for the
state park system and the state’s historic sites.

• State parks generate hundreds of millions of dollars annually in economic benefits for the
state’s rural communities. Ensuring that the state park system is properly funded will
allow local communities in and around state parks to continue to thrive.

• Providing for the automatic appropriation of sporting goods sales tax revenue to the Parks
and Wildlife Department and the Texas Historical Commission in the state constitution
deprives the legislature of the ability to elect to use a portion of that revenue for other
purposes determined by the legislature to be as important to the state as parks and
historic sites, such as balancing the state’s budget or responding to an emergency.

• Amending the constitution to address this issue is unnecessary. The legislature has the
ability to fund state agencies and programs at levels the legislature determines are
appropriate through the biennial appropriations process, which is how the vast majority
of state agencies and programs are funded. There is no need to treat the Parks and
Wildlife Department and the Texas Historical Commission differently from other state
agencies in this regard.