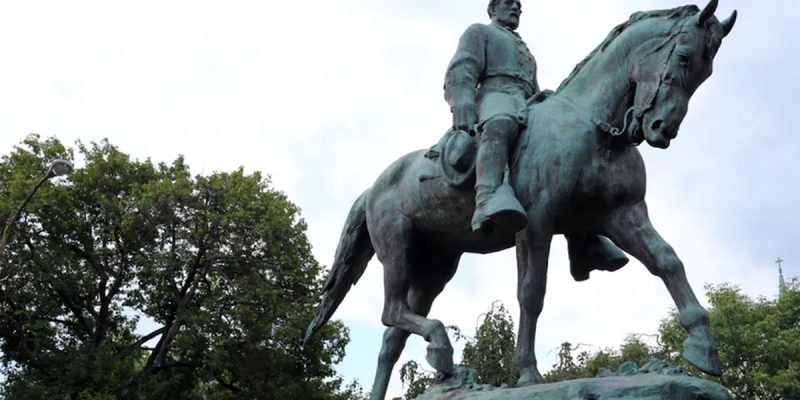 Louisiana lawmakers, especially those who present themselves as conservatives, should be humiliated by a recent court ruling based on a preservation law in the state of Virginia. Louisiana Republican state legislators, Democrats who toe the line, and Governor John Bel Edwards allowed liberal lawmakers to kill bills that would have preserved historic military monuments in both 2016 and 2017. The lack of action in Baton Rouge allowed former New Orleans mayor and current loser Mitch Landrieu to remove four historic monuments in New Orleans.

Don’t misunderstand, many Republicans put their foot down during a time of high tension, but too many legislators did nothing. Most of the do-nothings were Democrats.

On Wednesday, September 11th, a Virginia judge ruled to preserve the public display of historic monuments in Charlottesville that the Democrats and Alt Left have worked to remove. This ended a two and a half year controversy involving memorials to Southern leaders.

The Charlottesville City Council voted in February 2017 to remove statues to General Robert E. Lee and General Thomas J. “Stonewall” Jackson from public parks. The city of Charlottesville’s elected officials tried to make a case against the statues claiming that the bronze and stone monuments were a violation of the 14th Amendment’s equal protection clause because they made some people upset.

The organization known as the Monument Fund and the Virginia Division of Sons of Confederate Veterans filed a lawsuit in March 2017, alleging that the Charlottesville Council violated state law when it voted to remove the Lee statue, and later added the Stonewall Jackson statue to the suit.

Virginia law bans the removal or movement of war memorials erected in a locality. Specifically, Virginia code 15.2-1812 “Memorials for war veterans” advocates for the erecting of monuments and protects against their removal:

“If such (war memorials) are erected, it shall be unlawful for the authorities of the locality, or any other person or persons, to disturb or interfere with any monuments or memorials so erected, or to prevent its citizens from taking proper measures and exercising proper means for the protection, preservation and care of same.”

Judge Richard Moore said on September 11th that the 1904 Virginia statute was amended several times, the law covers all wars, and the statues to Confederate leaders do not have a discriminatory message. Back in April, the same judge ruled that the two monuments in question were factually war memorials and thus protected by Virginia law.

In internet reporting at its finest, a news story quoted an NPR journalist who paraphrased a legal analyst he interviewed in his own story: “The judge’s opinion was not about the propriety or the goodness of having the statues in the downtown area. The judge’s opinion was simply about the fact that Virginia law makes it illegal to move them or encroach upon them.”

Judge Moore’s ruling should be definitive on the issue. The case has two more factors involved. Judge Moore declined “encroachment damages” from when the Council had the statues covered with tarps for 188 days.

“Whenever something of public value is hidden from view, that is a loss and there are damages associated with that,” Moore said. However without physical damage, no award could be applied.

The final portion is financial. The plaintiffs who argued for preservation of the Charlottesville monuments requested $604,000 from the city of Charlottesville to cover the cost of attorney fees as well as $500 for each plaintiff. Judge Moore said late on Friday, September 13th that he will award the plaintiffs money, but the amount has not been decided. This means the Charlottesville city government was so wrong in its removal efforts, their actions cost taxpayers money at the end of this entire debacle.

Georgia, Maryland, Mississippi, Missouri, North Carolina, South Carolina, Tennessee, and Virginia have historic preservation laws. While Louisiana torpedoed five attempts, Alabama passed its monument preservation act in 2017. In fact, Louisiana is one of the last Southern states without such a law.

John Bel Edwards graduated from West Point, yet twiddled his thumbs while Mitch ripped down monuments to three West Point alumni, two of whom were West Point Superintendents. Edwards is on the campaign trail and no one has asked about monuments or historic preservation. Ralph Abraham and Eddie Rispone have not made their positions publicly known.

Two statues on the National Register of Historic Landmarks and two other monuments, more than a century old each, sit in “storage.” The great state of Louisiana, with history other states envy, remains vulnerable to culture cleansers who are set on erasing everything they don’t like. The Charlottesville case is the perfect reason why Louisiana needs legislation to protect military memorials. It’s election season, next time a candidate or their supporter asks for your vote, ask if they are committed to preserving Louisiana’s history.

Interested in more national news? We've got you covered! See More National News
Previous Article Yesterday We Got To See What A Post-Drew Brees Future Looks Like For The Saints…
Next Article BAYHAM: Abuse Of The Saints By NFL Officials Can’t Keep Happening