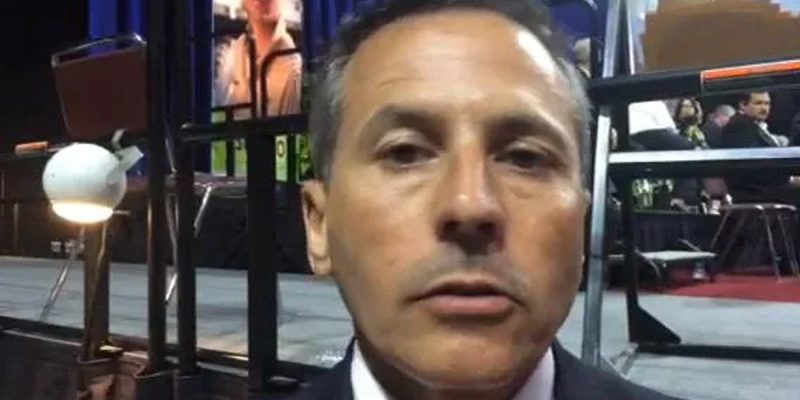 Our theory of the Louisiana Senate District 20 race, which is the one to replace the term-limited RINO Norby Chabert in that Houma-based district, is that Big Mike Fesi is close to a sure thing to win it – which is great news for Louisiana, as Fesi is a major upgrade from Chabert.

But that’s a theory, and one which hasn’t proven itself as reality yet. There is a race, and quite possibly a runoff, to be had in District 20. Fesi has four different challengers – the two most notable being Democrat state representative Truck Gisclair and former state representative Damon Baldone, who was a Democrat, then a Republican, then an (attempted) Democrat/Republican and is a walking train wreck of a candidate who as of right now appears to be the most likely runoff opponent for Fesi.

Baldone is a fun candidate to run against, because virtually every aspect of his political and personal life is disqualifying. Take this ad from the Louisiana Committee for a Conservative Majority (LCCM), which paints Baldone in a not-very-flattering light…

Well, the thing is it really isn’t. There is a lot more substance behind the sex offender thing with Baldone than most folks would be comfortable with.

Not only has he advertised his legal practice as expert in dealing with sex-offender cases, he’s actually defended no less than five accused child molesters in the last 12 years. That would seem to be a lot in a place like Terrebonne Parish, where there wouldn’t seem to be all that many.

That’s a level of creepiness that we’re not sure anybody ought to be comfortable with, and it’s compounded by the fact Baldone used to brag about how he’d fought in the legislature to bring tougher penalties against sex offenders (he didn’t, not in any real sense other than he joined everybody else in the legislature in voting for those bills).

Sure, everybody deserves competent legal representation. But there’s something else here.

Check out the second line of that chart with Baldone’s sex-offender clients. Kagan Michael Carrere pled guilty to Indecent Behavior with a Juvenile on March 5 of 2009.

Now we’ll show you the results of a search done at the Louisiana Board of Ethics website, sorted by campaign expenditures, and look what we found…

Look, we’re not saying somebody who makes a mistake has to be permanently ostracized from society. We do believe in redemption here in America, after all.

That said, there is a definitive creep factor in having someone you just represented as he pled guilty, essentially, to illicit sex acts with a minor running the roads for you as a campaign door-knocker. Let him put up yard signs or something nondescript, for crying out loud, not going door to door for you.

So yes – LCCM’s hit on Baldone was, if anything, tame.

And no – we don’t need this guy in the Louisiana Senate.