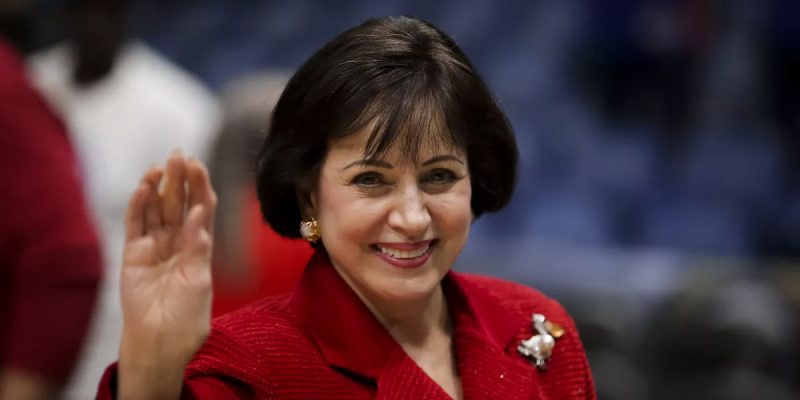 The short answer is yes, though it wouldn’t be smart to set your Saints or Pelicans season tickets on fire over it. There’s an explanation for these things which might not satisfy but needs to be understood.

The recipient of the donation, Gumbo PAC, has spent millions on television advertising in the governor’s race, largely focused on attacking Edwards’ Republican challengers. The organization is allowed to raise and spend unlimited sums helping Edwards win reelection as long as does not directly coordinate with Edwards’ campaign. Gumbo PAC was required to report the donation ahead of the 10-day reporting deadline because it is over $1,000 and was made within 20 days of the election. The PAC is run by Democratic political operative Trey Ourso, who declined to comment.

Greg Bensel, a spokesman for the Saints, said, “Gov. John Bel Edwards is a candidate that Mr. and Mrs. Benson have had a close relationship with for many years, sharing a strong belief in service to country and their faith.”

Tom Benson was a decent-sized Bobby Jindal donor in his time. And if you want to know why Jindal’s successor as governor is catching a check from his widow, here’s why…

As governor, Edwards has developed close ties with the Saints organization. Earlier this summer, he attended a Saints training camp and talked up a deal in the works to keep the Saints in New Orleans through 2035 and do a $450 million renovation of the Superdome, a project that would be the most expensive in the stadium’s 44-year history.

During the visit, he also tossed a football with Saints quarterback Drew Brees, and the interaction was made into a digital campaign ad by American Bridge, another Super PAC that is trying to help Edwards keep his seat as the only Democratic governor in the Deep South. The ad, which features Brees prominently, is running in New Orleans amid early voting, which began Saturday and runs for a week.

Your tax dollars are funding $450 million in renovations to the Superdome, and in return the Saints are buttering up the governor who’s making that largesse happen. It really sucks the money is going to Gumbo PAC, which is the worst political organization in Louisiana by far, but that’s the way Edwards wanted it and that’s what he gets.

And yes, it’s disgusting that’s how it works in Louisiana. But here’s a news flash for you – this happens everywhere. And nobody is all that upset about it, at the end of the day. Most people want the politicians and the owners of the pro sports teams to get along, because that keeps the teams from wanting to move. It doesn’t matter if they’re Republicans or Democrats. Incumbency is what matters.

And nobody wants to be the politician who “lost” the Saints or the Pelicans, or for that matter the Raiders, Chargers or Rams. So everybody plays the game.

That $450 million being spent on the Superdome isn’t a particularly good investment, but on the other hand it’s hardly the worst investment Louisiana can make. Not when you consider what else the state spends money on. Louisiana has blown at least that much on people who signed up for Edwards’ Medicaid expansion but weren’t eligible, for example.

Should Ralph Abraham or Eddie Rispone beat Edwards, you can bet that a year from now you’ll see a check from Gayle Benson or a company she owns appear in a campaign finance report for one of them. That’s just how it works. Those wheels do need grease, after all.