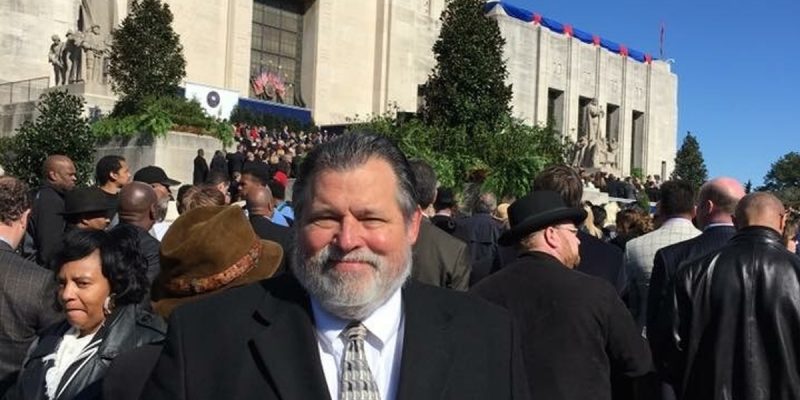 Louisiana House District 82 is a seat with a storied, and perhaps colorful, reputation, as it has been occupied over the years by some very distinguished (and undistinguished) politicians. District 82 encompasses much of Metairie, and particularly the area including the hoity-toity Metairie Country Club area.

As you might imagine, it’s a bastion of conservatism. The holders of the District 82 seat have reflected that fact. David Vitter and Steve Scalise both got their start in elected office by representing that district. Before Vitter, David Duke held that seat for a short time (that everyone would like to forget). And for the last 12 years, Cameron Henry, who got his start in politics as a staffer for Scalise, has been the representative from District 82. As Henry has been one of the most prominent opponents of John Bel Edwards’ high-tax, big-government agenda from his perch as House Appropriations Chairman, and as Henry is seen as a lock to win election on Saturday to replace Conrad Appel in the state Senate, it’s reasonable to add him to the list of notable former representatives of District 82.

Henry’s brother Charles, who is currently Scalise’s chief of staff, is running for the District 82 seat and he’s seen as the favorite in the race.

In 2016, Donald Trump carried 64 percent of the vote in District 82, while John Kennedy carried 70 percent. That was before an unhinged leftist shot and nearly killed Scalise in June of 2017; those voters are by all indications even more partisan in their GOP leanings now.

It’s probably not a great idea to be a vociferous anti-Trumper if you want to get elected in District 82.

Most people who run for office keep up a very active social media presence, making multiple posts a day in an effort to attract attention to their campaigns, inform followers of events, state policy and political positions and occasionally make some news.

Mustian isn’t one of those people. His Twitter has been barren since he qualified to run back in August.

Things he posted prior to that probably give an indication why…

Watch “The Trump of July” on #Vimeo https://t.co/bmRa2Tu4fV

Hey @realDonaldTrump , since bone spurs are forever how about you get your feet x rayed and we bet $ 1 million on whether you have them or not? I’m sure Deutches Bank will loan you the money to pay me…

It’s Day Two of our National Emergency…all is quiet so far in Quadrant Four.. battle stations ready …rations and water in place… bracing for the invasion … our Commander is in charge from his bunker at Mar-a-Lago command post….take care and be vigilant !!

Adam Schiff…I had no trouble spelling it at all. And autocorrect didn’t change the spelling. Pathetic excuse for pathetic behavior by Twitler’s cult members….

I’m a very very stable genius. Just sayin. I just want to remove any doubt. I am the most stable genius you know. Really. I mean a lot of people are saying it. I don’t know. I only know what I see on the internet and I just read that I am a genius.

Hasn’t posted anything to Twitter since the campaign began but doesn’t delete all of his old posts.

By the way, we’re not just cherry-picking Mustian’s anti-Trump stuff. Those posts were the majority of what’s been on his feed since 2016. He’s not the liveliest of tweeters.

What about Mustian’s Facebook? Well, yes, there is some more relevant activity there. For example, there was this…

Our bet is that at the time nobody had looked up his Twitter; otherwise he might have gotten a few phone calls with people sharing their opinions of his tweets trashing the president.

He’s a plaintiff lawyer and he wants to whine about his opponent taking campaign checks?

If you search Mustian’s name under the “contributions” link at the Louisiana State Board of Ethics’ campaign finance portal, what you’ll find is five pages of donations he’s made to candidates over the years. Some of those are Republicans, but the big-ticket items aren’t. There’s the entire page of donations to John Bel Edwards, for example, totaling just over $2,300. There’s the $1,000 check he wrote to GumboPAC. There are the oodles of campaign checks he wrote in judicial races, the inherent ethical issues from which are fairly obvious to anyone who recognizes the slippery slope of “bought justice” such contributions can produce. It’s clear Mustian is no fan of tort reform, seeing as though he’s given to three state senators who combined to kill Kirk Talbot’s car insurance bill in the legislature this year – Ryan Gatti, Jay Luneau and John Milkovich.

Not to mention that he gave $2,250 to Jim Francis’ hopeless campaign against Scalise last year.

In other words, this isn’t somebody who gets to bitch about money in politics. To the extent it’s a problem, he’s been a source of it for 20 years. What he’s really whining about is that he’s only raised $20,000 from his trial lawyer pals.

We don’t expect Mustian to give Henry much trouble on Saturday. That’s a good thing. This hypocritical loon has no business representing a conservative area like District 82.

Interested in more national news? We've got you covered! See More National News
Previous Article Stephen Miller: 2020 Democrats Want to ‘Sacrifice the Working Class’ for Illegal Aliens
Next Article ERSPAMER: A Better Louisiana is on the Horizon…But We Must Act Now