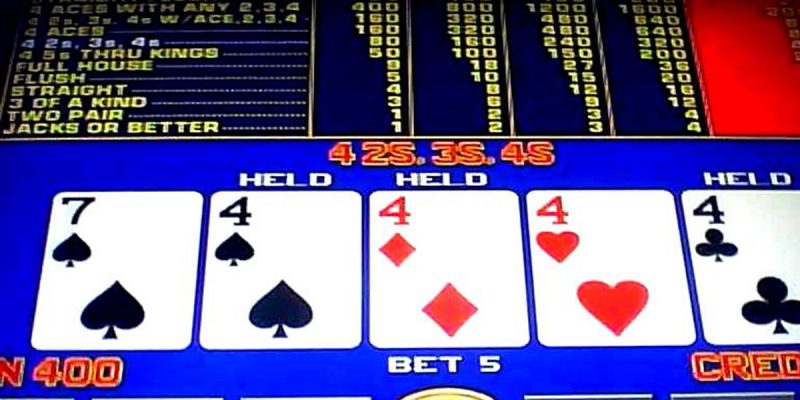 Those of our readers who followed this year’s legislature session couldn’t have missed the old-school idiocy pulled by the video poker industry and its lobbyist Alton Ashy in fouling up a couple of bills which could well have resulted in more entertainment choices for Louisianans.

The most obvious of the two was what the video poker people did to a bill which would have opened up online fantasy sports gaming – i.e., FanDuel and DraftKings – in Louisiana. This is one of the few states in the country where those services aren’t already up and running, and there was a ballot initiative last year approved by 47 of Louisiana’s 64 parishes to legalize their competitions (which count as gaming because you can win prize money on FanDuel and DraftKings).

The video poker gang, and specifically Ashy, who is their lobbyist, rolled into the debate on the fantasy sports bill – which would have enacted a tax and regulatory scheme and then made those competitions legal – with a demand that the activities of Louisianans playing on FanDuel and DraftKings had to originate at a brick and mortar facility in the state so as to insure that the players were of age. It was a B.S. demand, and a typical old-school Louisiana chisel – the age verification for those services is done online, and in every other state they’re already up and running in it’s not a problem. But Ashy figured he had enough stroke to go for that unreasonable demand wherein his clients would essentially vote themselves business from a captive public, and when he couldn’t make that happen he managed to kill the bill – and thwart the expressed will of the public in 47 Louisiana parishes in the bargain.

The video poker lobby also managed to screw up the debate on sports betting in Louisiana, because what was intended was for the state’s 15 casinos to be allowed to open sports books. Before we were too far along in that debate legislators were talking about the video poker casinos also having the ability to open sports books, which would have made sports betting possible on practically every street corner. It didn’t take long before that entire bill died as well.

Ashy is one of John Bel Edwards’ closest confidants. His reputation for sleazy political maneuvering is as well-established as the one for his sartorial style, which generally resembles that of a Gotham City villain.

The import of all this is the video poker industry really doesn’t need any more stroke in the Legislature. With some of Ashy’s pals like John Alario finally getting out thanks to term limits there is a good opportunity to make policy without the kind of logrolling and corrupt bargains that building is so infected with.

Which brings us to Donovan Fremin, candidate for Louisiana House District 55.

Fremin is a Republican, but he’d have you believe he’s one of those nice-guy Republicans who couldn’t stomach David Vitter’s nocturnal pursuits and combative political persona. There is this… 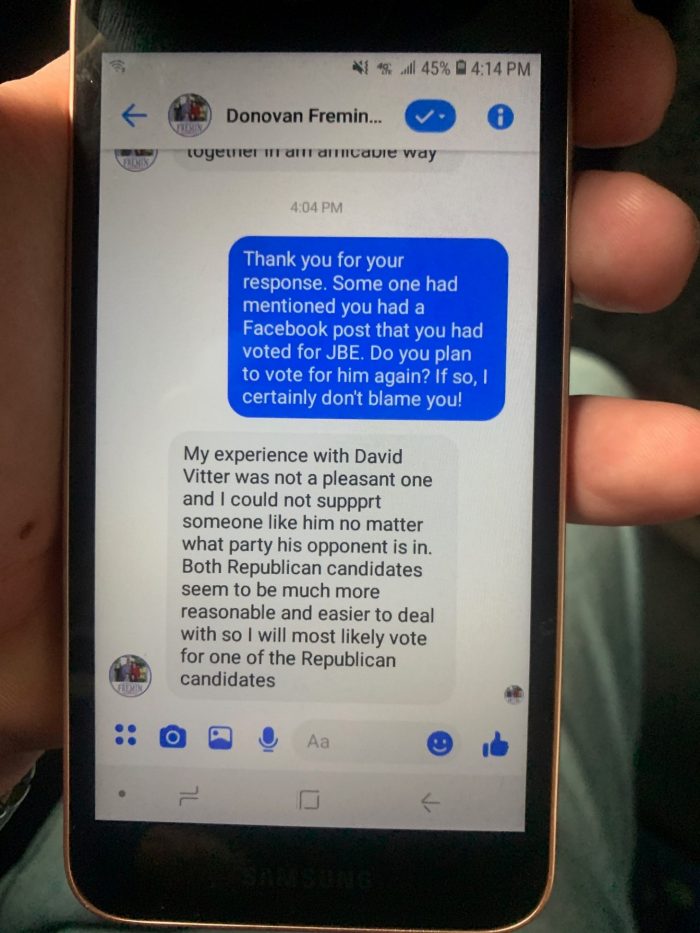 Try not to get too impressed with the gentility implicit in that statement. Because there is also this…

The second statement is more truthful. Most of these guys didn’t care whether Vitter had a hooker issue. What they cared about was that Vitter’s position was to hold the line  and oppose an expansion of gambling. He would have been against the video poker people on pretty much everything Ashy’s been up to for the last three years, and they all knew it.

Because, as you might have guessed by now, Fremin is a video poker guy.

“For the last 20 years, I have worked closely with state leaders and have assisted them in drafting and passing legislation. I want to put all of my knowledge and experience of state government to work for all the citizens throughout District 55,” Fremin said in his announcement.

“I will always encourage feedback from the public, and together with your support we can build a brighter future for District 55 and the State of Louisiana,” Fremin said. “My motto has always been ‘People Over Politics’ and that’s how I will approach every decision I make as your next state representative.”

If “People Over Politics” doesn’t make you cringe by now, before immediately assuming the reverse is true with respect to the politician claiming it, you aren’t paying attention.

With Fremin, it seems pretty clear that it’s Business Over People. Especially where it comes to politics. He got hit with this mailer… 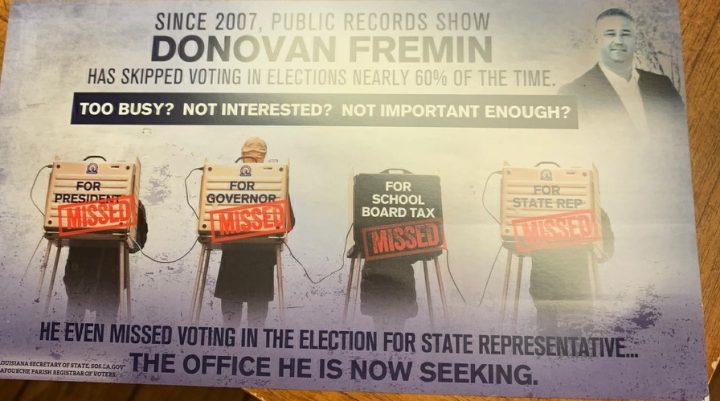 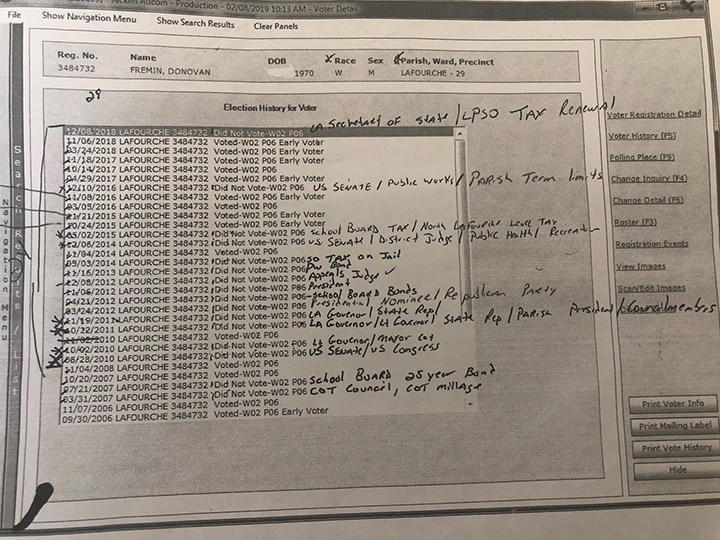 The point being this guy doesn’t care as much as he says about the people in that district – otherwise he’d at least have been voting on all those races and ballot issues that matter in Lafourche Parish.

But he sure showed up to vote against Vitter twice, because Vitter was no friend of video poker.

None of this is a particular secret, by the way. Fremin admitted it and more a few days ago in a rambling Facebook message whining about his opponent Bryan Fontenot and the institutional players who have lined up on Fontenot’s side…

We’re not here to say Fremin is a bad guy. He might be a great guy. But he’s the video poker industry’s guy, and of late the video poker industry has covered itself with something that doesn’t smell very appetizing. There’s a reason why LCCM and a bunch of the business groups have lined up behind Fontenot – they’ve seen what Ashy has been up to and they’re not amused.

We’ve seen it, too. And we’re for shrinking the influence that industry has at the Capitol. They haven’t used it well.

Interested in more national news? We've got you covered! See More National News
Previous Article You Paid Double What You Should Have To Build EBR’s New Park Elementary School, And It Stinks
Next Article Beto’s campaign is a BUST