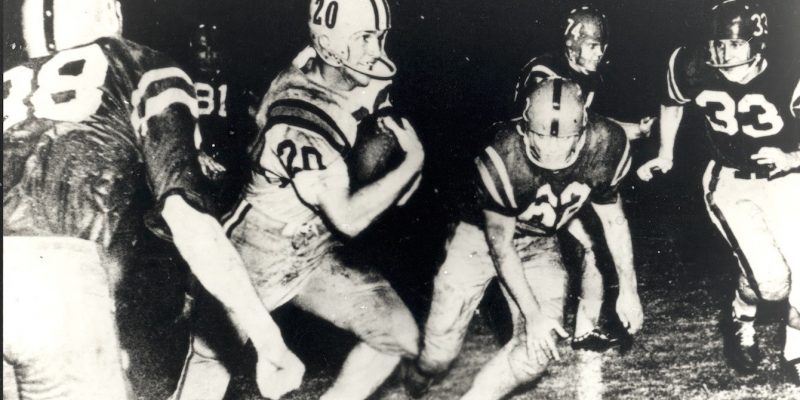 The team must stay focused.

It is the simplest of thoughts, a point every head coach in America must make every week with his players. But for LSU head coach Ed Orgeron, it is especially important.

This scenario has played out before in LSU and sports history. Several times.

What people may not know, however, is the long-standing stigma LSU football had to fight through until the early 2000s. For decades the perception among LSU and college football fans alike was that it didn’t matter if the Tigers scored a huge victory over a highly ranked opponent.

Just wait until the next week when they’d lose again.

The perception was not without truth:

LSU, under head coach Gerry DiNardo, posted arguably the greatest victory in school history to that point, downing the No. 1 Florida Gators, a team coming off the 1996 national championship and in the midst of one of the most dominating decades in SEC history. Steve Spurrier’s group was an absolute juggernaut, having crushed LSU 56-13 just a year earlier. Few gave No. 14 LSU any chance whatsoever, so The Advocate’s headline “THE GREATEST” the next morning was no understatement.

It was supposed to be the victory that catapulted Gerry DiNardo into being the coach LSU would enjoy for years to come, a likable field general who would bring back more than just the home white jerseys or the magic to Tiger Stadium.

Instead, an total and embarrassing collapse the next week signaled the beginning of the end for him.

That year’s Ole Miss team had been levied with severe NCAA sanctions in which it was allowed only twelve scholarships for the 1995 and ’96 signing classes. Led by head coach Tommy Tuberville, they were next on the Tigers’ schedule, a dreaded 11am start on the old Jefferson-Pilot network.

Any Tiger fan old enough will remember how listless and uninspired LSU could be for morning kickoffs. Especially against inferior opponents.

Louisiana broadcaster Tim Brando continued to raise the question on the pregame broadcast: “Would LSU have a letdown?”

Indeed they did. By game’s end you wondered how LSU kept the final score so respectable at 36-21. The Tigers didn’t score a single point in the second half, being outscored 22-0.

The 2019 LSU football team is not the 1997 team. That much is obvious. But what isn’t clear yet is whether or not this team can win when it is ahead, when it doesn’t have a chip on its shoulder all year leading to the Alabama game, when every college football analyst in the world is already tapping them as a can’t-miss participant in this year’s playoff.

Can it leave the sheer joy of a Bryant-Denny Stadium midfield and locker celebration behind? Can it quiet the voices of adulating fans everywhere long enough to go into Oxford, and beat a tough Rebel team surely out to rain a hotty-toddy brew all over the Tiger parade?

But if the players have practiced hard all week and go into Oxford focused as they should be, it can also turn into 52-3.

LSU needs to do what the top-ranked 2011 team did to Ole Miss after the Tigers defeated Alabama in the first Game of the Century. It needs to hang three touchdowns on the board in the first quarter, and the defense needs to shut down the Rebel offensive attack entirely. It might not end up 52-3 after four quarters as that game did, when LSU was employing the mercy knee with a full five minutes left in the game, but a fast start will quell any hope the home team has of repeating some not-so-distant history.