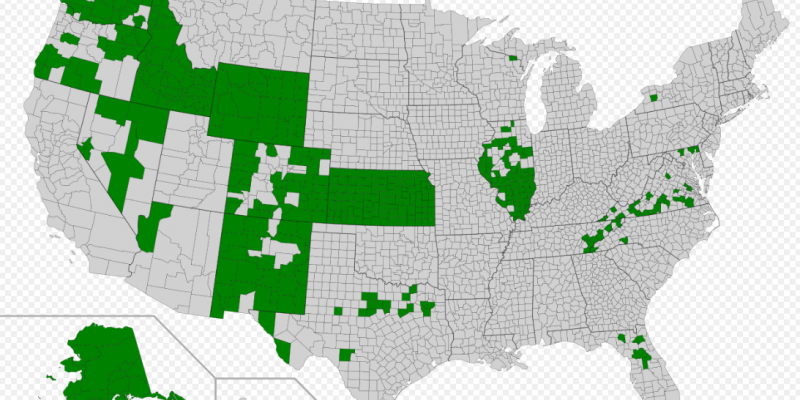 “Sanctuary cities” willfully not enforcing the law is a strategy that has caught on among proponents of looser immigration laws.
Somewhere around 600 cities, counties, and a handful of states have become sanctuaries in order to resist recent crackdowns on illegal immigration. Such immigration sanctuaries bar the use of local funds or law enforcement manpower to assist federal agencies as they enforce immigration laws.
So far the practice of declaring local jurisdictions as sanctuaries has not resulted in a second Nullification Crisis or martial law.
Now certain Second Amendment proponents are hoping that same tactic will work when it comes to combating gun control efforts. Approximately 275 local jurisdictions in the U.S. have pledged to not enforce gun laws they believe to be infringements on the U.S. Constitution’s guarantee of the right to bear arms. The number of these Second Amendment sanctuaries has been rapidly increasing over the past year.
It’s not an entirely new concept to the gun rights movement. From the Wyoming Firearms Freedom Act in 2010 to the Alaska Firearms Act in 2013, states have begun to enact their own policies to buck federal authorities where possible and more clearly define Second Amendment freedoms. Red states are reacting as jurisdictions heavily populated metropolitan areas such (e.g. Chicago and New York City) have passed some of the strictest gun laws on the books over the last decade and a half.
As a large majority of state legislatures have become increasingly Republican, liberal and progressive activists — particularly after Donald Trump‘s 2016 presidential election victory — have resorted to pursuing various legislative agendas in large metropolitan areas rather than on the state level. In other words, city leaders are more passionately pursuing gun control policies in council chambers.
Now quite the opposite is occurring in smaller communities (perhaps also as a reaction to gun-grabbing policies), particularly in swing states where the fate of gun control legislation is uncertain.
Virginia has made its share of recent headlines following a rapid spread of Second Amendment Sanctuaries. Six counties so far have adopted sanctuary resolutions, and at least nine are considering them, as the states’s new Democratic majority is poised to pass new restrictive gun laws during the next General Assembly.
Texas, with surprisingly modest gun rights protections on the books, has seen 19 of its 254 counties and two towns adopt Second Amendment Sanctuary resolutions. Even pro-life anti-abortion advocates have jumped on the sanctuary strategy bandwagon, as six “unborn sanctuary” cities have been declared in rural East Texas.
From the hip: All four of Alaska’s boroughs, Wyoming’s 23 counties, and Kansas’s 105 counties (by virtue of its Second Amendment Protection Act in 2013) can already be considered gun sanctuaries because of the state laws on the books. These states strongly defend the right to bear arms, even for their urban areas in which local Second Amendment Sanctuary policies would likely fail or face considerable difficulty.
Meanwhile, the Second Amendment Sanctuary movement has gained steam in states without laws as strong as Kansas, Alaska, or Wyoming. Among individual county commissioners courts and city councils in these pockets of the U.S., gun owners voices are clearly heard and represented in larger numbers. Hunters, shooting sports advocates, and those who own guns simply to survive out among the natural elements vote in statistically significant blocs.
But without state laws on the books that more clearly define and strengthen Second Amendment freedoms, the maps in those other 47 states will be spotty. State-level action is needed to defend the rights of gun owners in urban areas where homicide statistics tend to be higher and where even having an unregistered gun at home can result in jail time.
Interested in more national news? We've got you covered! See More National News
Previous Article Next U.S. Secretary of Energy is a Louisianan
Next Article Billionaire Bloomberg’s multimillion dollar plan to ‘mess with Texas,’ other states