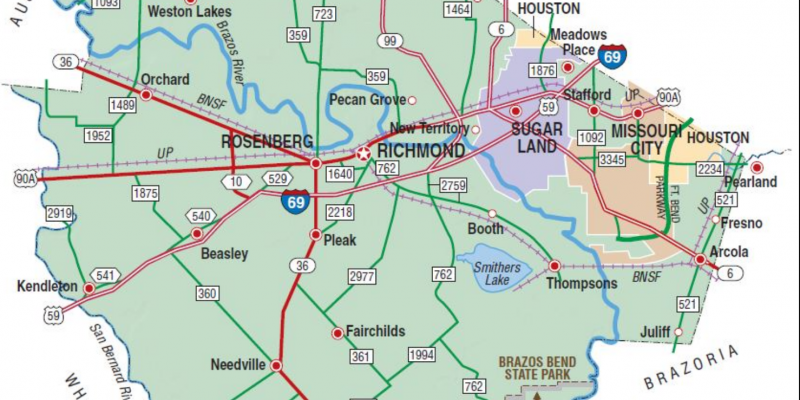 Texas Rep. Rick Miller of Fort Bend County announced (again) that he will not be seeking re-election to the state House of Representatives — this time after a racially-charged comment was made.

If Fort Bend County rings a bell to our readers, it’s probably because it’s been in our headlines a lot, lately.

Fort Bend County is not only the richest county in Texas, with a $3,480-per-month cost of living, but is also seeing significant demographic shifts that have led some to speculate whether this is why a number of elected officials in the area are not seeking re-election.

Over the summer, House Health and Human Services Chairman John Zerwas (who currently represents the district) and long-term Congressman Pete Olson announced they would be stepping down at the end of their terms. In early August, Miller announced he would be stepping down to pursue a state agency job, though he quickly reversed course and announced his intentions to run for re-election earning praise at the time from Gov. Greg Abbott (who has since pulled his endorsement for Miller from the campaign website).

Miller, who came to the Texas House in 2013, is on the conservative side of the fence and is known for his support for veterans issues, foster care reform, and an Article V convention of the states.

According to the Texas Tribune, Miller said he “made some statements that were insensitive and inexcusable” in “trying to make a point about the campaign.”

“I used a poor choice of words that are not indicative of my character or heart … I do not want to be a distraction for my party or my constituents, and therefore I have decided not to seek re-election.”

The statement came via an interview with the Houston Chronicle in which Miller said his opponents, recent Fort Bend Republican Chairman Jacey Jetton and the Houston Fire Department’s Leonard Chan, jumped in the race because they are Asian and that the Asian population is growing in the county.

From the hip: There’s a high-profile runoff taking place in Fort Bend County that may be another reason for Miller’s instant retreat and sudden departure.

The voters of HD 28, the seat currently held by outgoing Zerwas, will be asked to choose between Democrat Eliz Markowitz or Republican Gary Gates. Though support from the other five Republicans who ran and Republican field staff deployed to the area could push Gates to victory, GOP leaders are being cautious — another reason why Miller may have decided to hang it up rather than jeopardize the already razor-thin margins of victory.

As for Miller’s district, HD 26, he kept his seat in the last election by four percentage points — another tight contest as Democrats make gains in the “urban suburbs” during the Trump years. Jetton or Chan have a hard fight ahead of them against the Democratic nominee.

There’s also the matter of the state agency role Miller hinted at in August. It is likely that opportunity did not pan out, but if Miller quickly apologizes for his remark and does not prolong a debate over racism, his chances of landing a job in the state bureaucracy greatly increases.