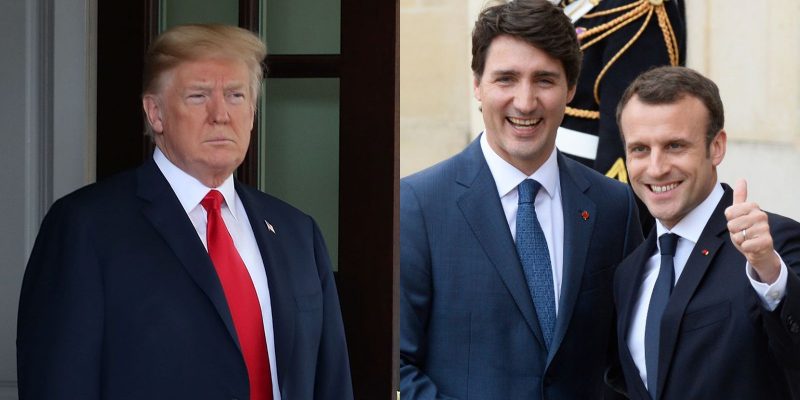 President Donald Trump this week participated in his third NATO summit which was hosted in London and commemorated the 70th Anniversary of the North Atlantic Treaty Organization, a military coalition comprised of nearly 30 North American and European nations.

The President appeared enthusiastic during the summit, announcing via social media the fulfillment of a campaign promise to get other member countries to pay their fair share:

“As President, I secured $130 BILLION in new NATO defense spending – the largest increase in NATO funding in a generation! Our NATO allies are finally fulfilling their spending commitment.”

While much was discussed during the conference, two incidents involving the leaders of Canada and France appear to have galvanized most of the public’s attention.

President Trump called out French President Emmanuel Macron while the two addressed the media with Trump using France as an example of a country that is not yet paying it’s fair share to NATO which is a minimum 2% of GDP.

That was apparently after comments made by Macron saying NATO is suffering from “brain death” which he says is due to shrinking US leadership around the globe. President Trump called his comments “nasty” and “insulting” to all member nations. German Chancellor Angela Merkel called Macron’s “sweeping judgements” not “necessary”.

President Trump also called out Canadian Prime Minister Justin Trudeau, asking him in front of the media what percentage of GDP his country is currently contributing to NATO.

When asked by the press about Canadian Prime Minister Justin Trudeau being caught on video and a “hot mic” gossiping with Macron and others at his expense, President Trump responded by calling Trudeau “two-faced” and explaining that he is simply upset by his demanding that Canada increase their NATO investment to the required level.

The 45th President made it clear that fellow NATO members will be paying their fair share one way or another, explaining that those who refuse to do so will be dealt with via trade agreement.