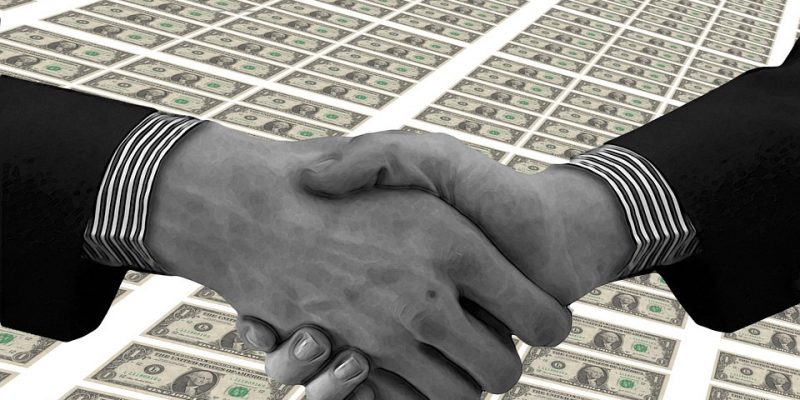 Though a flat-out ban on the practice of taxpayer-funded lobbying was toyed with then killed in the 86th Texas Legislature, a conservative member of the House points out that a sister provision, made possible by an amendment, is in effect.

Senate Bill 65, Rep. Mayes Middleton wrote in a Dec. 2 letter, requires local governments to disclose any and all payments, contracts, and financial agreements with lobbying firms. It also requires that local governments report on which bills were lobbied on and require copies of all contracts to be filed.

The bill did not originally concern itself with lobbying — it was a state contracts records-keeping cleanup bill. The bill closes a loophole on Teacher Retirement System contracts, forbids last-minute amendments to contracts that are more than 10 percent over budget, as well as makes several other tweaks to the process of “procurement” (there’s some legislative jargon) of state-awarded contracts.

But the House amendment strengthened the bill to include itemized expenditures to lobbyists be reported.

The Southeast Texas Representative urged every municipality, county, and independent school district to post lobbying disclosures to their websites. Middleton further noted the bill is retroactive and requested all lobbyist transactions between 2010 and the present be shared with his Capitol office. The bill requires the info to be submitted to the usual parties, including the office of Comptroller.

The Texas Municipal League (TML), often pointed to by conservatives as the poster-child for often using taxpayer funds to lobby the legislature on behalf of city tax increases and higher spending, notes there is some ambiguity in what, exactly, triggers the disclosure requirement. TML urges cities to consult local legal counsel to determine what lobbyist transaction information gets reported.

An image of Middleton’s letter may be read below.

From the hip: The reports on which bills were lobbied for or against should provide some juicy intel regarding the upcoming 87th Legislature (and possibly several in the past depending on how this bill is ultimately enforced).

TML’s guidance is of some concern here, which shows that the bill has some weaknesses, e.g. local attorneys may be the final arbiters of what lobbying activity gets reported. As another possible weakness: the reporting may come too late to shed some light on what activity is taking place during the legislative session — but it can make local governments more accountable to local voters after all is said and done. This may be why Middleton is requesting as much information as he can get in the meantime.

As an interesting aside: We have since learned and reported that House Speaker Dennis Bonnen is a strong opponent of taxpayer-funded lobbying, which played a role in the events that led to his resignation. This may explain SB 65’s easy passage, whereas the outright ban was closely contested on the floor and finally defeated. 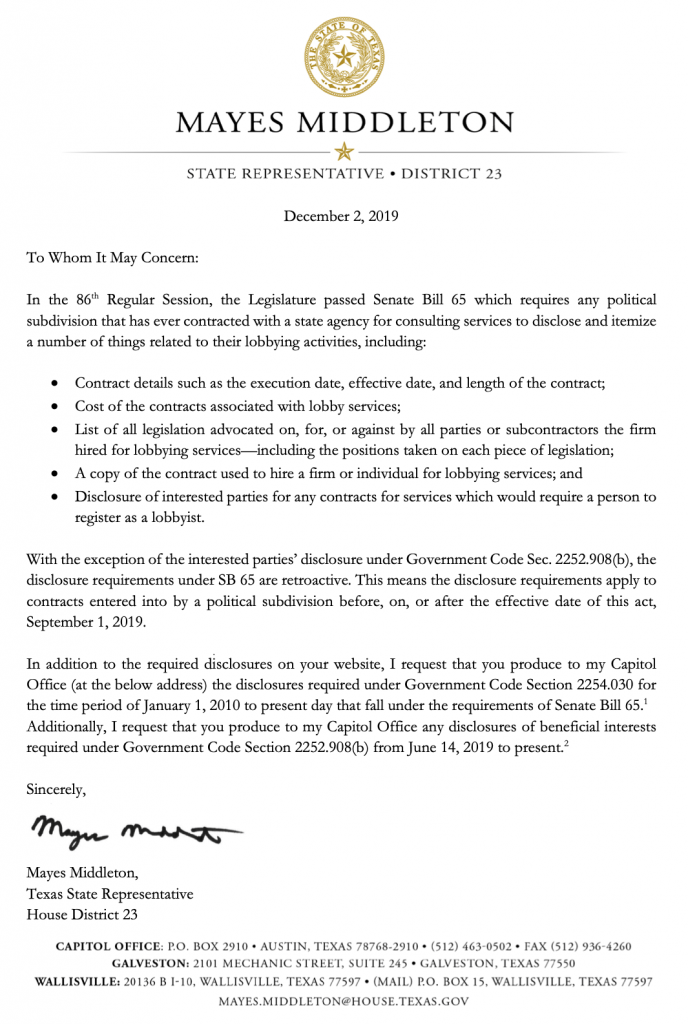