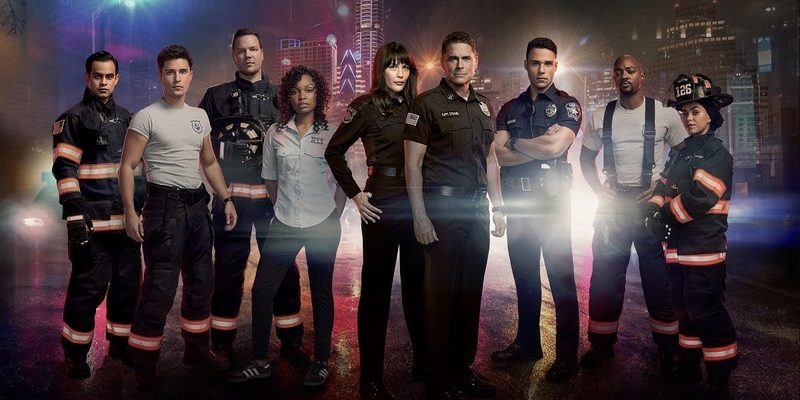 Mass hysteria brought on by mercury poisoning was the plot device of the second night of a back-to-back-night premiere of Fox’s latest emergency-themed television drama.

A hysteria of another kind seems to have infected this spin-off set in Austin: that of intersectionality politics infecting everything it touches.

“9-1-1 Lone Star” premiered to strong ratings launching directly after the Packers v. 49ers NFC playoff with around 11.5 million viewers, just behind “America’s Funniest Home Videos” (that’s huge). The temptation to use that bully pulpit to teach lessons about diversity and inclusion must have been too great for the producers to resist.

The first episode featured around seven intriguing minutes: a fertilizer plant explodes (in Austin? Maybe an hour north) killing all but one of a unit of firefighters. The Austin Firefighters Department left the fire house in mothballs, opting to go after an “outsider” to save the apparently ailing department and bring in some fresh ideas.

They recruit Owen Strand (Rob Lowe) in New York City, who had previously built a firehouse from scratch after 9/11. Strand balks at leaving New York, but has second thoughts after he learns of his 9/11 lung diagnosis and cancer.

About seven minutes in, the fire hose of political correctness is turned on full blast.

After accepting, Strand offers to take along his son, TK (Ronen Rubinstein), who recently broke up with his boyfriend and relapsed on sleeping pills and nearly dying after an overdose.

Then along comes the character-introduction montage: Strand makes his way to the empty firehouse and begins recruiting other outsiders from outside Austin and Texas — not just a super-team of skilled firefighters and emergency technicians but a diverse team, a major theme of the show. And they’re going to show Austin how it’s done.

And then we have Mateo Chavez (Julian Works) and Carlos Reyes (Rafael Silva), Hispanic firefighter and patrol officer, respectively. Carlos and TK end up as a couple (TK moves quick).

Liv Tyler (who surprisingly does not play the token Elven-American) plays paramedic Michelle Blake, the obvious love interest for Strand. They join the more stereotypically Texan Judd (Jim Parrack) and Judd’s 9-1-1 operator wife Grace (Sierra Aylina McClain) for local color since everyone else is from out-of-town.

The attempt at building a United Nations of intersectionality at this Austin fire house is about as generic as the NFL hat Lowe wore to the playoffs.

As contrived as the forced diversity are the shots around Austin. Apparently all Austinites walk through the Capitol’s south promenade to get to food trailers and the local fire station. But aside from its lampoon-ish mish-mashing of metropolitan Austin’s yoga studios and quinoa restaurants with Texas’s obvious fascination with line dancing and Country music (yes, they line-danced. Consider yourself warned) the show is as tense and dramatic as the original “9-1-1” offering set in Los Angeles or any of the “Chicago” series over on NBC. As such, it is a well-crafted show with a strong performance by Lowe and supporting actors.

But it may want to leave the preachiness in New York and Los Angeles. Austin is a melting pot of various cultures, sub-cultures, artistic tastes, and, yes, sexual orientations, but it never had to try to make it that way. Austin is a success because of its booming tech economy to rival Silicon Valley, robust academic life, and skilled government sector which recently drew in the Army Futures Command. The diversity more or less followed it, despite efforts by the Austin City Council to enforce that.

So why the push? As Jeff Goldstein wrote for the American Spectator recently, the kinds of displays of racial and sexual diversity represent a Leftist purification drive to wipe out every last bit of racism, sexism, “homophobia,” “Islamophobia,” and any other deplorable -ism out there. This gradually growing march beats the drum of collectivism and generational guilt to demonize the founding values of America. Texas represents the kind of rugged individualism and meritocracy that the Left despises — especially the kind of tough-talking “toxic masculinity” that may exist in a firehouse in the Lone Star State.

This is why conservatives should deplore all identity and grievance politics, regardless of the color they take. Intersectionality, however, is the Left’s stock and trade, from the academy to the media to Hollywood. Until that is marginalized, you won’t kill white supremacy [or any other perceived supremacy] …

To the Left and adepts of identity politics, this return to the dignity of the individual is an existential threat to their political influence. Individuals thinking and acting individually defang bloc voting by identity, which is key to the Left’s coalition power. And the Left has shown in the wake of recent shootings and civil unrest that it will not surrender its animating, identity politics program, which it continues ruthlessly to enforce through shaming, doxxing, boycotts, media propaganda, PC language, and physical intimidation. This totalitarian political impulse is at odds with our propositional nation.

… Unless and until you understand identity politics — how and why it works and from where it draws its “intellectual” power — you will not be able to stop it. Pumping your virtue glands does nothing but add to the foundation’s decay.

The core audience of an emergency drama crave what the Left despises: rugged heroes risking life and limb, not out of a sense of guilt, but an overriding duty to serve and protect the public rooted in patriotism and love of country. When Leftists wake up to that dynamic they may have a ratings monster on their hands. Until then, it’s quite probable their target audience will gradually change the channel or stream elsewhere once the new-show novelty wears off.

Interested in more news from Texas? We've got you covered! See More Texas News
Previous Article Did you know the U.S. Supreme Court has never defined “Religion”?
Next Article Houstonian sues city over busking law prohibiting him from playing accordion for tips