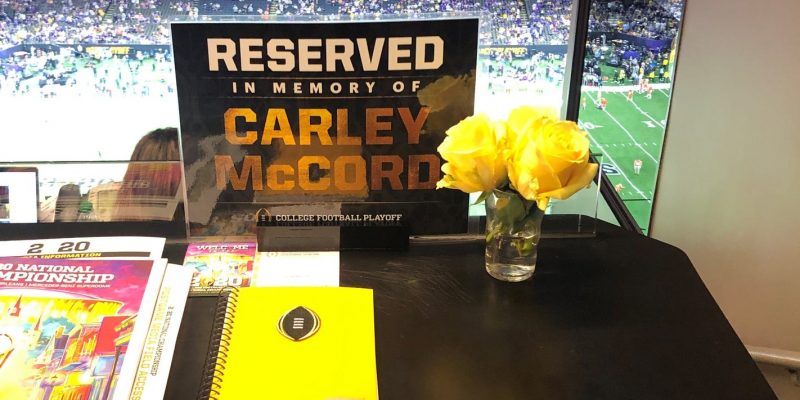 Tragedy, in a gross understatement, is difficult. But if any day of the week is fitting to try to transmute tragedy into some semblance of understanding and hope, Sunday is it.

In the 9-11-inspired movie drama Reign Over Me (2007), Charlie Fineman is repeatedly renovating his kitchen because that was the last thing he and his wife talked about before she died in the tragedy. As far as the artistry of the film is concerned, it is a symbol of his inability to move on with his life.

It is non-war PTSD at its worst.

But then again, there is a war associated with personal tragedy. It is the war of clashing emotions that go well beyond two sides of a conflict. It is all of what the whirlwind of grief entails–disbelief, denial, numbness, anger, bargaining, sadness.

Even joy somehow strangely finds its way in there for mere glimpses of time. Joy of the memories you once shared with that person you loved and still love.

But the joy is gone in a heartbeat. Why? Because in that very same heartbeat you realize that the reason for the joy that just dropped briefly into your soul is no longer here. That person will never, not physically, cause you to feel that same joy ever again.

And that is excruciating.

The LSU family experienced tragedy three weeks ago when coach Steve Ensminger’s daughter-in-law died in a plane crash while heading to Atlanta for the Tigers’ semifinal game against Oklahoma. Ensminger still carried out his offensive play-calling duties, despite being told about the tragedy not long before kickoff.

We as an LSU and Hayride family prayed for Ensminger’s family, and for the families of all those who died that day. To be fair, I want to give a list of the others, something I couldn’t do three weeks ago because of lack of information.

May you all rest in peace.

McCord’s husband, Steve Ensminger Jr, of course was crushed when he found out the news from his aunt. One thing they were known for is their deep love and goofiness, like gifting each other presents from a gas station.

What people may not think about, however, if they have never experienced a similar tragedy, is the cruel games the mind can play with a grieving person’s head, games that punish and accuse and say that somehow you didn’t do enough to make sure the end was as perfect and neatly tied up as it could have been.

As if death and tragedy ever could do that in the first place.

I remember my sophomore math teacher stating that she would regret for the rest of her life not saying “I love you” to her husband before he left for work on the day he died.

There was no fight between them. She simply didn’t say the words because they had been together for so long and had done this same routine so many times.

I’ve never forgotten that. It is probably why I tell the people I love those words so often. Quite literally, my math teacher’s most important lesson had nothing to do with numbers, and it has never left me.

Ensminger Jr is likely enduring the onslaught of similar thoughts and feelings. In the days following the tragedy, he was doing his own version of a kitchen remodel. Shortly before she took off on the flight, Carley texted her husband, “I love you.”

He didn’t receive the text in time to respond.

“Every once in a while throughout the day, I find myself grabbing my phone and sending a text to her phone replying, ‘I love you too.’ Now I don’t know if that’s crazy of me or not, but I’m praying she gets my message. And I wish there was a way she could let me know she has.”

It’s not crazy, Steve. It’s human. And yes, she is most certainly getting the message.

Of course the national championship victory Monday night was celebrated, but with heavy hearts. Carley was a die-hard LSU fan, and her husband knows how much this victory would have meant to her.

At one point, he received some divine intervention, perhaps, one you never like to assume for a sporting event, but one that makes the pain and the reality of tragedy a little more bearable.

Because you know there are angels out there.

“I said, Carley, make this one happen, and we scored. I lost it.”

Moments after saying that to an NBC reporter, he went to his father–the coach who had just orchestrated the scoring of 42 points on the nation’s top-ranked defense.

They cried together. They hugged. No one faults a man for crying in moments like this. Perhaps it should be this way all the time.

Three weeks removed from the tragedy, while LSU fans continue to celebrate their team’s historic victory, it is a husband that must now leave football fandom behind for a while and somehow locate what it means to live life without the love of his life.

She was only 30 years old. She wasn’t finished, as her father said. But hopefully there is one thing everyone who loved Carley remembers today–the joyous truth is that she isn’t finished. Not yet. Not by a long shot. She will be looking down on her husband and her family for the rest of their lives until they meet her again.

“I love you too,” is what she would text to them today.

It is a gift every single one of us still here can give to our own loved ones today.

Interested in more news from Louisiana? We've got you covered! See More Louisiana News
Previous Article UF football coach is highest-paid public employee in Florida
Next Article Who knew a hedge could be so important?