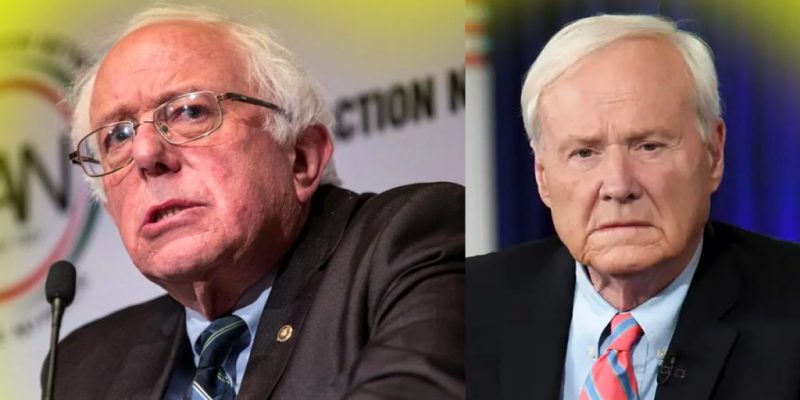 If MSNBC were ever must-see-TV, it was over the weekend.

It is probable that MSNBC’s Chris Matthews simply meant that presidential candidate Bernie Sanders is unstoppable now–following a win in Nevada over the weekend, a win in last week’s New Hampshire primary, and a draw with Pete Buttigieg in the Iowa caucuses–and not actually comparing him to a Nazi.

But it is the type of clumsy error of which media members must be more aware, and one for which Matthews could pay a heavy price.

“I was reading last night about the fall of France in the summer of 1940,” Matthews said during MSNBC’s live coverage of the caucuses on Saturday. “And the general, Reynaud, calls up Churchill and says, ‘It’s over.’ And Churchill says, ‘How can that be? You’ve got the greatest army in Europe. How can it be over?’ He said, ‘It’s over.'”

Matthews shouldn’t be fired for the comment. But over-reactionary zealots will say he should.

He maybe shouldn’t open his mouth, but be fired he should not.

For once, I'm not being sarcastic here. I'm dead serious.

I'm really, really insulted by a major pundit on an allegedly liberal news network comparing a Jewish candidate's overwhelming caucus victory to the French losing a battle with the Nazis.

Get this lunatic off the air. https://t.co/HZXWl3ceS7

“This is a hilarious scenario we have shaping up.”

Concha believes this 2020 election is developing into a humorous scenario for an intriguing reason: we all know the media giants love to pick their respective favorites in any race, so who will the Left-leaning outlets choose if Bernie wins the Democratic nomination opposite President Trump?

“If Bernie Sanders captures the nomination, many in media, as we’re seeing, are petrified or downright loathe a Bernie Sanders candidacy, because they think he’s going to lose,” Concha said. “Then, on the other side, you have Donald Trump and they don’t like him either.”

Indeed, everyone knows that. How many times has Trump been compared to Hitler or the Nazis?

“My father was one of the people who prosecuted the Nazi war criminals after World War II,” Steyer said when asked about Trump’s impeachment. “That’s part of the reason I started [supporting impeachment] … because when you see something really wrong in the United States, you’re supposed to stand up against it and fight against it, and that’s what I was doing.”

Not to be outdone, here is Rep. Alexandria Ocasio-Cortez’s take on the border:

The long-raging viciousness against President Trump is so beyond the realm of sane discourse at times, that one may wonder how the words could actually ever come out of a supposedly intelligent person’s mouth. If media members, and perhaps even other Democrats, start doing this same thing to Sanders, the conversation would truly degenerate into all-out verbal vomit.

Of course this is where the humor comes in. And perhaps a regrettable but necessary evening of the playing field when it comes to the presentation of a Republican candidate and a Democratic candidate.

They can’t say good things about both, fine. They’ll say terrible things about both–and maybe, unwittingly, show to every citizen exactly how silly this whole political discourse has gotten.

Maybe it could wake people up to change it. Eh, maybe.

To cold-bloodedly suggest punishing Trump’s alleged abuse of power is in any way comparable to prosecuting Nazis is a gross insult to Holocaust survivors and the millions of lives lost in the concentration camps.

No, I don’t think Matthews was directly comparing Sanders to a Nazi. But here is the problem that existed before he said what he said over the weekend: when the trope of throwing Trump and his deplorables under the bus with the Nazis has become so standard in the political conversation, it becomes the subconscious go-to when a commentator wants to make most any sort of analysis.

Even when that commentator might not mean to do so.

It is a reality largely created by the players themselves, and that reality may turn out to be a very un-funny thing indeed for Mr Matthews.